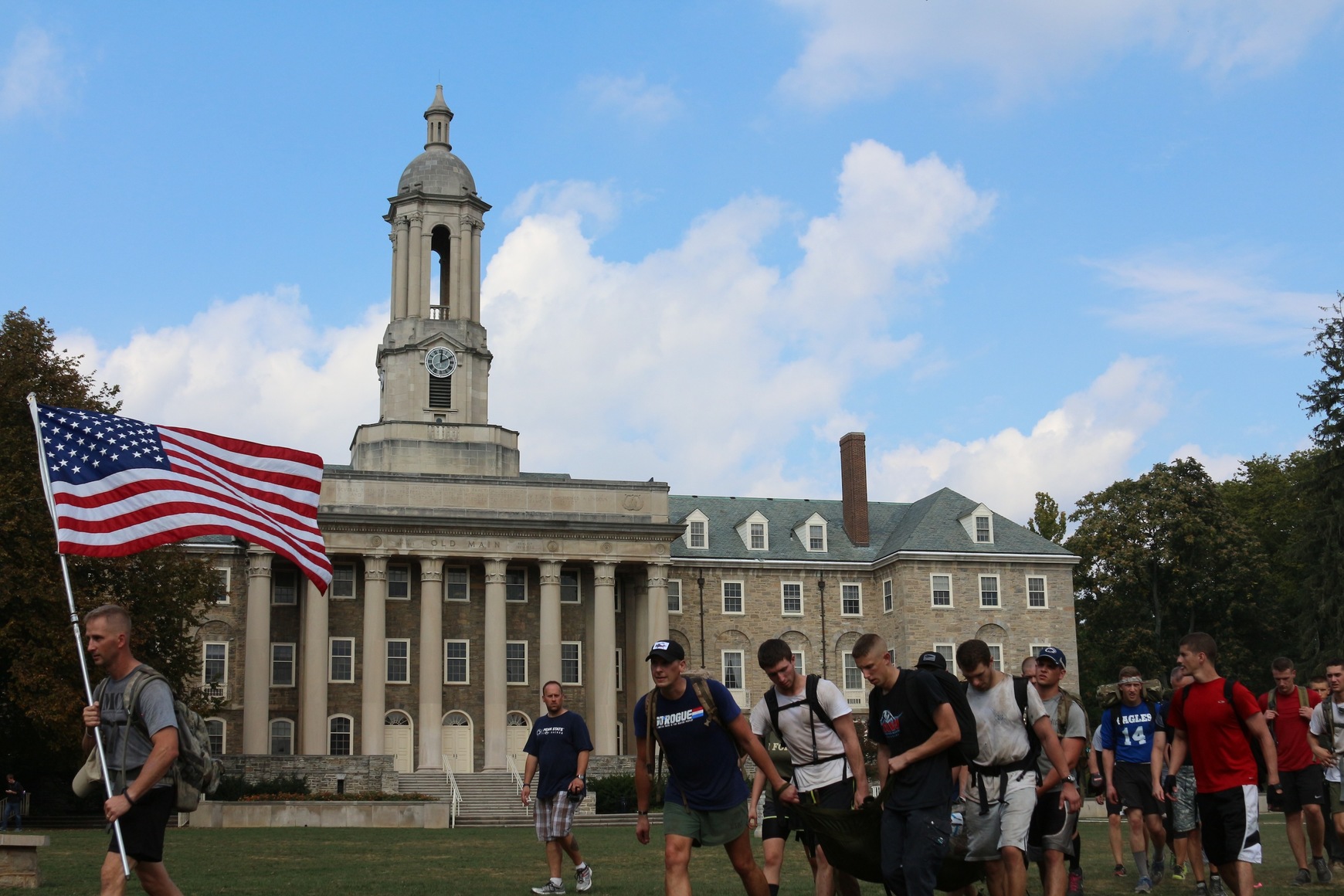 At 1 a.m. last Saturday, October 5, a group of ROTC Cadets, military and police veterans, firefighters, Penn State students, alumni, and community members gathered together to pay tribute to Penn State’s fallen. This wasn’t a candlelight vigil, 5K, or memorial walk. This was a GORUCK Challenge.

GORUCK, a company formed by former US Special Operations cadre, produces tough, US-made rucksacks and outdoor gear. The GORUCK Challenge grew as a way to test the toughness of this gear while giving participants an unforgettable team-building and leadership exercise. Furthermore, a significant portion of all of their proceeds benefit the Green Beret Foundation, a nonprofit organization that seeks to provide post-service aid and support for former Special Operations personnel.

The GORUCK Challenge is designed to replicate a part of special operations military training. The exact details of the challenge are kept secret, but it’s you can bet that it’s at least eight to ten hours of carrying rucksacks full of bricks, logs, and other heavy items absurd distances. The GORUCK motto is “Under Promise, Over Deliver”, and the challenge’s length and intensity reflects this. You’ll be pushed longer and harder than you think you can be, cover distances you didn’t think you were able to, all while carrying an absurd amount of weight. All together, it’s a recipe for good livin’, and even so, smiles abound, and friendships are forged.

The team carried bricks, sandbags, cinderblocks, and all manner of heavy items around the Penn State campus, up and down Mount Nittany, and surrounding areas. The sandbag had been filled with sand from the Lt. Michael P. Murphy Memorial Beach on Lake Ronkonoma, NY, where Lt. Murphy had been a lifeguard. And at least one participant’s nine bricks were painted blue and white, each bearing the name of a Penn Stater killed in service to their nation since September 11, 2001.

This particular challenge was dedicated to the memory of those Penn Staters lost in the line of duty. They are, in chronological order:

By the end, a close-knit team had formed, and for a while at the Lt. Murphy Veterans Plaza, there were nine blue and white bricks, each bearing the name of a Penn Stater who gave their life for something greater than themselves. And if you want to experience a bit of special operations yourself, consider doing a GORUCK Challenge. It’ll teach you something about yourself, and those who have served — I promise. Garrett is a 2011 graduate of IST and the Schreyer Honors College, holding a B.S. in Information Sciences and Technology and minor in Security and Risk Analysis. Garrett is currently residing in the Washington, D.C. area. He is also the project lead for PSU Pledge (http://psupledge.com), a Twitter-driven THON donations engine.