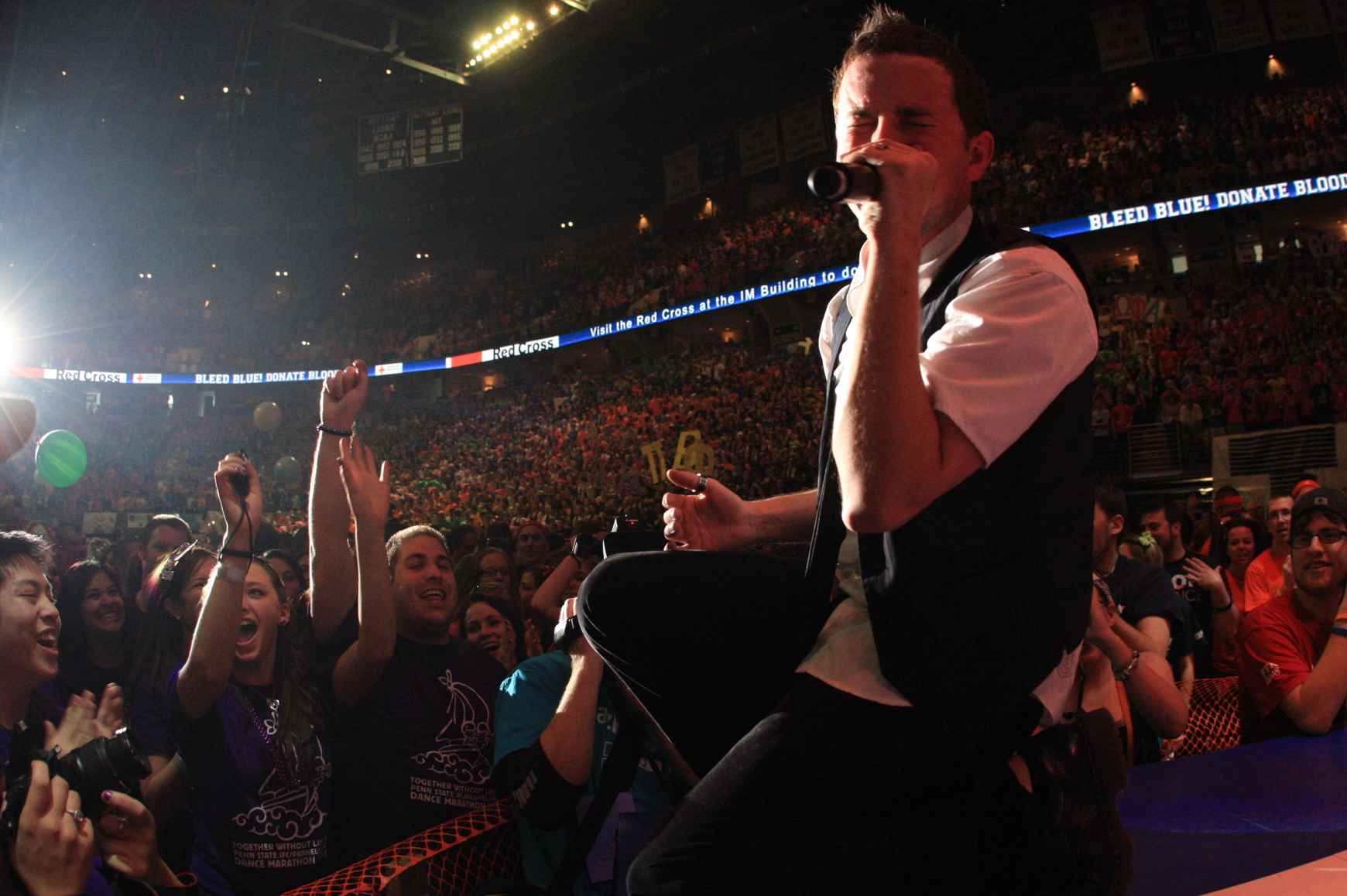 After family hour, the Bryce Jordan Center was a whirlwind of tears and people swaying arm in arm. It was a Kleenex moment shared among 15,000 people. But this weekend isn’t about sadness, it’s about overcoming. Once the inspirational play list was over, the stage was set for local cover stars, Go Go Gadjet.

As the last band to play in THON 2011, its five piece were bestowed with the important task of getting the excitement up. With a rockier cover of “Baby I Like It” by Enrique Iglesias, Go Go Gadjet had the crowd breaking into a frenzy of fist pumps and cheesy dance moves. It was like The Jersey Shore for a cause. But that’s what THON is all about.  Just dance like no one is watching, even though the Bryce Jordan Center is more crowded than at the Jay-Z show.

Keeping with the “we’re only going to play music you would hear at a frat party” style, Go Go Gadjet had a set list of everything you can sing along to. The night, however, wasn’t totally dedicated to Hip Hip covers. Four songs in, Go Go Gadjet broke out the radio singalong favorite, “I Don’t Wanna Be” by Gavin DeGraw. At the last chorus, the crowd took over singing duty. The unified voice of a sleep deprived but undoubtedly motivated crowd echoed through the rafters of the BJC.

They also hit all sides of the cultural spectrum. They showed their green, beer-drinking, potato-eating Irish pride with a cover of “I’m Shipping Up to Boston” by Dropkick Murphys. And it was right in time for me to make a controversial State Patty’s Day reference. But we didn’t forget about the Spanish love. We’re Together Without Limits, no matter what Arizona thinks. That’s where their cover of “We No Speak Americano” came in. Since no one really knows what the hell the lyrics are, the crowd opted out of the conventional sing-along, and started an FTK chant. It was much more interesting than trying to have everyone fake a crappy Latino accent.

Of course, no one can take the stage at Penn State without a “We Are” chant. I can’t really blame them. Who doesn’t want to start a slow clap, or be the kid who starts the “Sweet Caroline” on the White Loop? But what was really impressive was the Zombie Nation “We Are Penn State” anthem cover. Every row was bouncing in un-choreographed harmony. It was like a multi-colored student section on home game Saturdays.

Go Go Gadjet isn’t new to the magic of THON. They first premiered on the Four Diamonds stage last year at THON 2010. And they looked like veterans. There was a sort of electricity on the stage. My only complaint was the vocalist kept trying to do some Fergie-esque hand movements. I’m sorry, dude, if it didn’t work at the Super Bowl, it isn’t going to fly here. But besides that, the whole band held a commanding presence and really got the crowd pumped for the big reveal.

Why not end the set with a Ke$ha song? Every sorority on campus was at the BJC, so it was sure to be a crowd pleaser. They ended with a salute and a promise, “see you next year.” They must be pretty certain that if Indigo doesn’t keep them on the books, THON will. 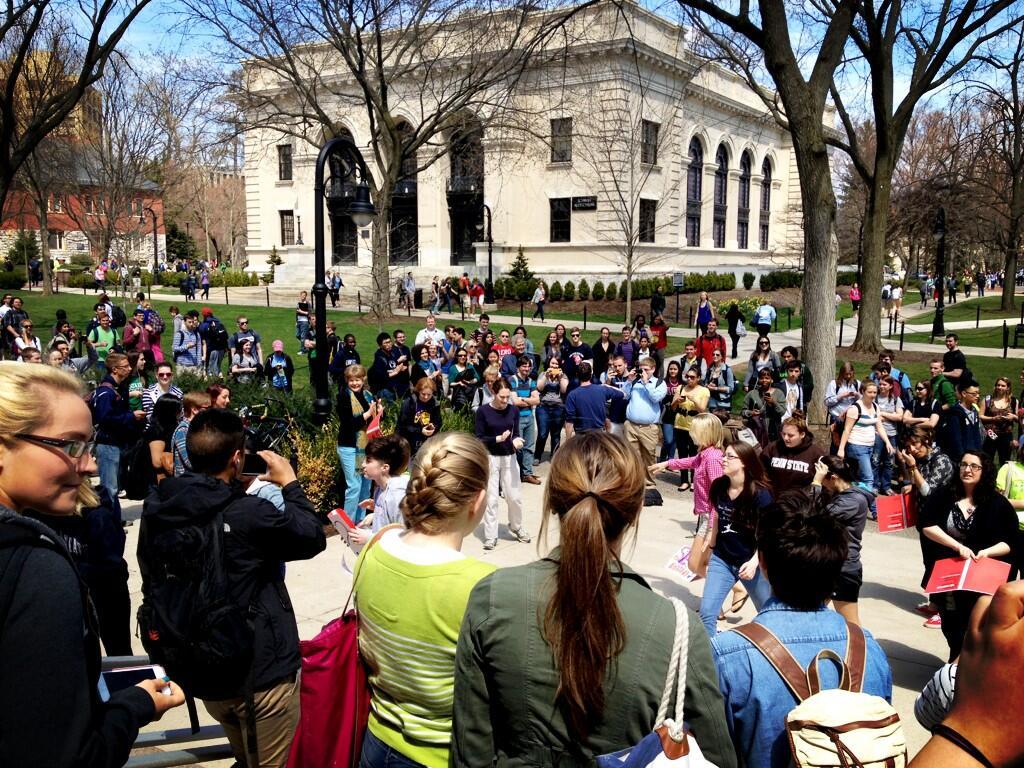