Update 8:00 p.m.: A previous version of this story implicated comedian Josh Sneed in creating the costume. While Sneed admits that his business partners participated in the creation, he denies any involvement.  The website has also been removed for the Halloween costume. We apologize for this error.

Last fall, students wore their Halloween costumes as they witnessed Joe Paterno earn his 409th win. It would be the last normal weekend at Penn State for a long time.

One week later, Jerry Sandusky was arrested for sexually abusing eight boys over the past two decades.

Our school avoided the jokes about Jerry Sandusky becoming the #1 monster costume for Halloween 2011. Even though nearly one year has passed since the pristine walls of our school crumbled, some folks have decided that enough hasn’t been done to profit off of child molestation.

In August, somebody registered creepycoachcostume.com. Yes, you read that right. Someone bought a domain name, where one could purchase a Sandusky coaching outfit for this year’s shenanigans. The outfit comes with a cap that says “Ped State,” a whistle, and a t-shirt that promotes the “Sandusky Football Camp.”

Who is behind this despicable attempt to profit from sexual abuse? The website doesn’t offer any details or ways to contact a webmaster. So I engaged in a little Internet sleuthing. Thanks to Network Solutions, I learned that the site was registered by Darin Overholser. A Google search showed that Mr. Overholser is a partner of CincyShirts, a website which markets shirts to the Cincinnati community. 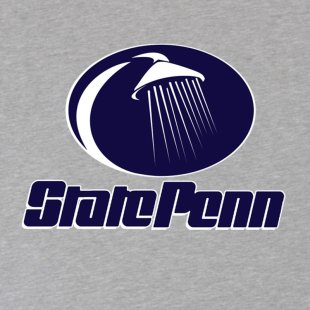 The dynamic screw-o should pull this website, and no one else should have the urge to create more Sandusky “parodies.” Those awful jokes would only serve as an embarrassment to yourself and to the free market. Freedom of speech exists, but that does not mean you should negate good judgment in your commercial actions.

Fans, this is something we’re going to have to handle this Halloween. Idiots across America will find it funny to wear this Sandusky outfit to their costume parties, and it will gain considerable press across college campuses. Heck, our school will even have a few imbeciles who want to dress as “Creepy Coach.”

Please don’t. It’s not funny and it’s a terrible decision. You have no idea who will be at your party. People are supposed to be scared silly at Halloween, not relive tragic suffering.

I am a staff writer for Onward State. I graduated as a Nittany Lion with Honors in 2013. Now, I am back in Happy Valley to earn a degree at the Penn State Law. Outside of politics and government, my interests include college football, soccer, Irish history, and astronomy.

Penn State has named Michael Lowery, the current police chief at Penn State Altoona, to serve as the interim Chief of Police at University Park. Lowery will replace Tyrone Parham, who will leave for a similar position at UMass Amherst.