On The Scene: Daily Collegian Tryouts 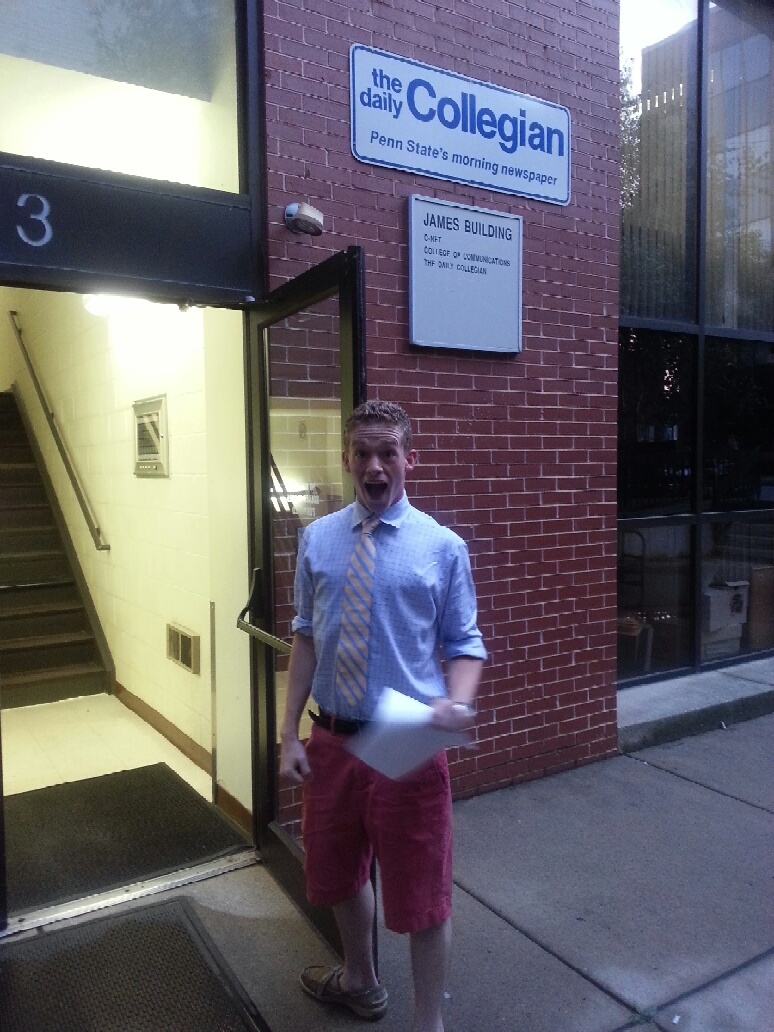 Hello, I’m Chadwick Lynch — you are not.

But seriously, I’m here to talk about something you already knew.

During the past few months since I left Onward State, I’ve committed myself to a deep cleansing sabbatical of philosophical purification. Suddenly, all of my answers were questioned last week when I learned about the try-out. I felt like I needed to give it a shot and begin my career as a journalist at the Collegian.

September, whatever Thursday’s date was last week, at approximately 5:14 p.m, I began to prepare for my try-out.

“What wealth of knowledge could I tell them about the real world?” I thought.

“Here was my shot with the big dogs,” I said during an internal monologue – this was going to be the opening line of of my successful top-selling memoir 14 years from now.

Naturally, I couldn’t just go in wearing the clothes that I usually wear. I had to look collegiate. I was really mad I didn’t have an iPad and black rimmed glasses. But I did what I could – I showered, did my hair and I even shaved. My face.

I walked over to Centre Court to borrow some real people clothes, because I wasn’t wearing a v-neck for my first debut at the Collegian. Ha. V-necks.

“We laugh at people like me, here at the Collegian,” I thought to myself, with dignified entitlement.

Well, actually, I ended up being 20 minutes late because I walked to an empty apartment and had to wait for my friend to come over and pity me while my Starbucks iced double-shot espresso started melting. Not cool.

I get to the main office wearing salmon Polo shorts, a very loud tie, bulova watch, Sperry’s, and a nice shirt. So what if I was 20 minutes late? I looked stunning. And, I’m sure they already hired a guy for punctuality; I don’t have to worry about deadlines.

I walk inside and two young women escorted me through the epi-center of western-thought. I was there. They had bulletin boards, desks, clocks, and a phone.

I step inside some meeting room and everyone is seated around communal tables taking their test. No one said anything. I thought I was excited, these people were too nervous. And they didn’t even try looking nice.

Apparently, being 20 minutes late was sort of awkward because I’m pretty sure I missed instructions. Everyone was writing in a little bluebook with very serious demeanors and I didn’t even have a test.

I announced to the room of my fellow applicants “Is anyone like, in charge here?”

Apparently, that was a silly question or I just blacked out and cursed everyone out, because everyone looked offended that I’d even open my mouth.

It was awkward when I had to ask the person sitting across me for paper, like, as if they’d share their bluebook with me.

I start the exam and I thought I was killing it…

How often do you read the Collegian?
Usually.

Who is Karen Peetz?
“She is definitely not Michelle Obama – Karen Peetz”
(I wasn’t quoting her, but I wrote a dash for some reason, with her name)

I thought I was doing so well, I took a picture of my test – I even wrote “Blue Book” at the top of my loose notebook paper. Killed it.

After I left, and ate  5 Guys, I dreamt until the day I would see my name on that bulletin board, asking me for an interview.

But I didn’t get that interview and I woke up into a nightmare. I didn’t make the cut.

That’s when Onward State came to me. At my weakest moment of complete despair, they found a place for me.

Sure, I had to re-agree to some ridiculous terms, like making deadlines and participating, but they welcomed me with open arms. I shred myself of my frattire, put on a dirty Pacsun v-neck, smoked a Marlboro red, and entered the realm of my people.

I’m Chadwick Lynch and Onward State’s on-the-scene investigative correspondant. I promise to tell my story exactly how I want to, like all journalists do. 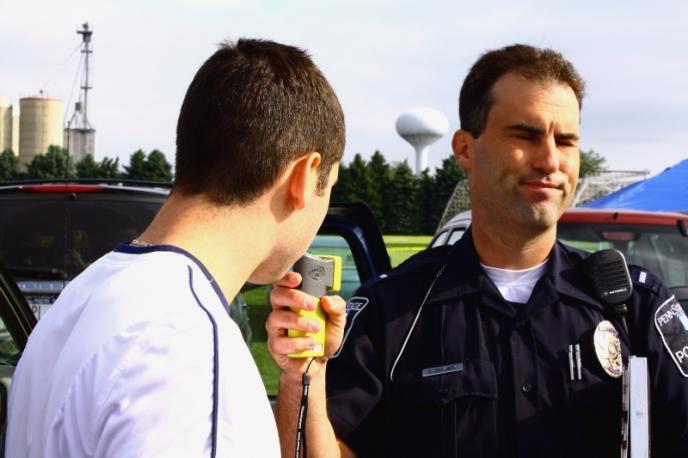 Flex Your Rights: 10 Rules of dealing with Police

If you need to speak to an officer while driving, on the street or at your home, there are 10 rules you should know to protect yourself and to protect your rights — knowing these rules can prevent fines and unnecessary interactions with police.

I learned these rules in a presentation last night from “Flex Your Rights”, which was given by the ACLU of Penn State.

Penn State is Going to the Moon