Record Numbers Camp Out at Nittanyville 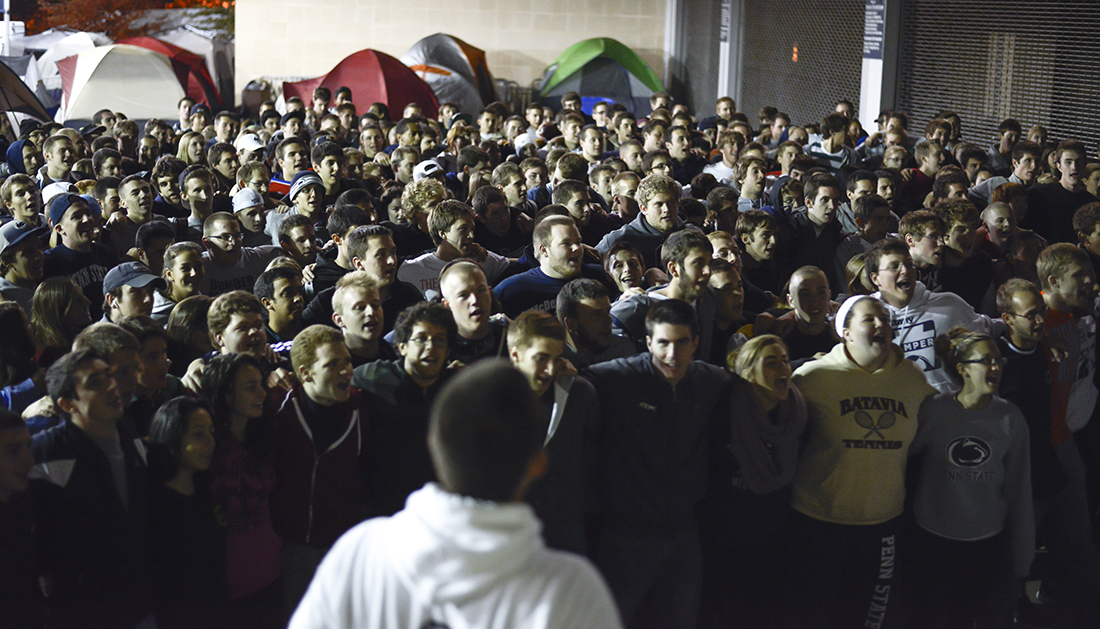 With the Ohio State game only three days away, the tent village outside of Beaver Stadium known as “Nittanyville” is in full swing. Students have been camping out since Monday night for the best seats in Beaver Stadium when the undefeated Buckeyes come to town in what will be by far the toughest task of the year for the Nittany Lions.

If the NCAA sanctions were designed to change the so-called rabid Penn State football culture around here, they have had the opposite effect. In all, 144 groups signed up for the week-long campout, amounting to over 1,200 students, which shatters the previous records from the 2007 Notre Dame game of 111 tents and 1,100 campers respectively. That means 1 in every 37 students are sleeping out for the football game — which is pretty incredible when you put it in that context.

Last night, Nittanyville held its first ever “Slam Dunk Challenge” as judged by the Penn State basketball team. Campers were able to show off their trick shot skills on the basketball court. The inaugural event was eventually won by Brian Brocker, who went home with a sick looking t-shirt and more bragging rights than one man should be entitled to.

The weather is great, spirits are high, and the excitement surrounding this game matches that of other marquee match ups of the past decade — even if it means nothing as far as post season aspirations go. Players are expected to visit during the next few nights, with a deluge of other activities and fun planned for the next few nights.

One thing is for certain — there’s never a dull moment at Nittanyville.