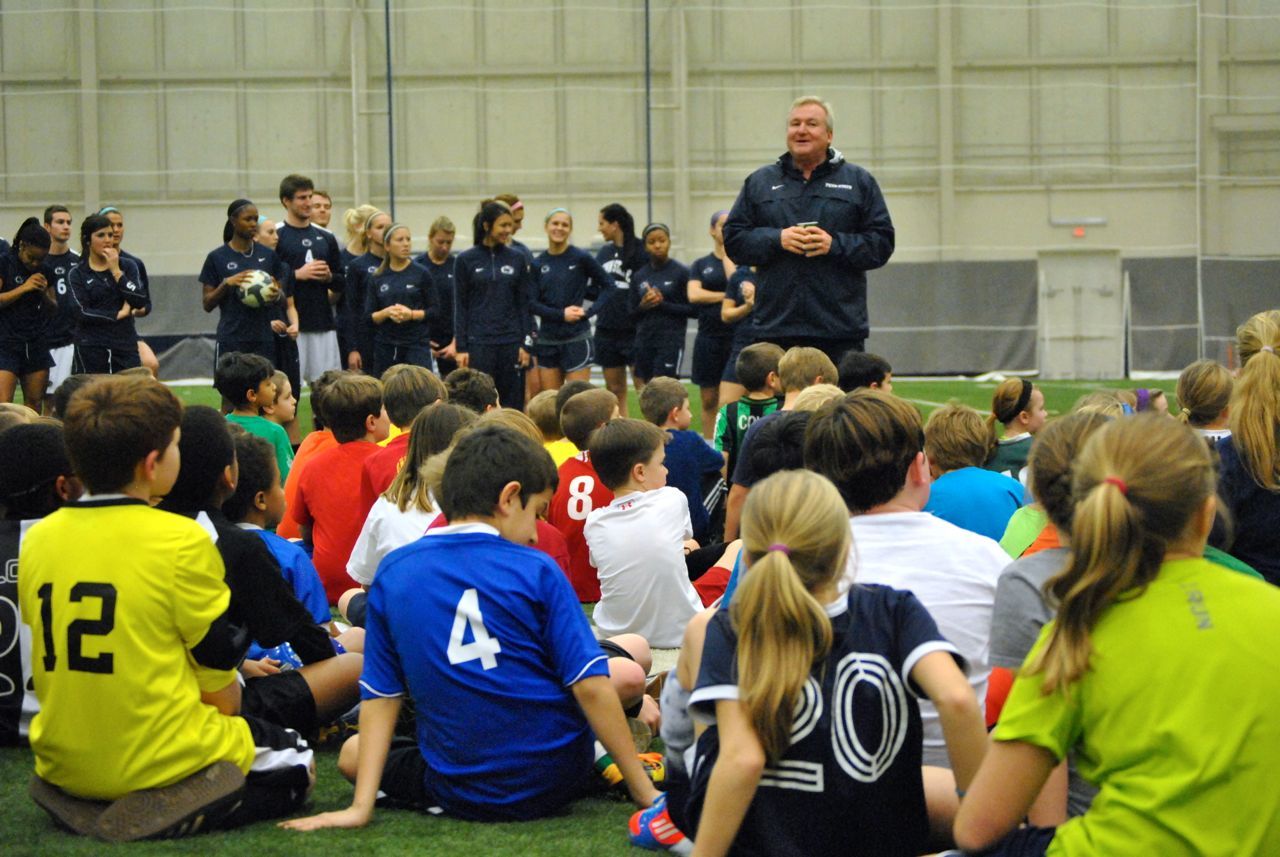 An array of colorful knee-high socks, jerseys, and soccer balls filled Holuba Hall yesterday evening at the free youth soccer clinic held to honor the memory of Schreyer Honors College Dean Christian and Elizabeth Brady’s 8-year-old son, Mack. Donations were taken at the soccer clinic for the Mack Brady Scholarship Fund, which will benefit a member of the Penn State men’s soccer team to ensure that Mack’s legacy and passion for soccer lives on.

About 130 kids from the ages of 6-12 gathered on the practice field along with players and coaches from the Penn State men’s and women’s soccer teams. Men’s soccer head coach Bob Warming and assistant coach Bo Oshoniyi led the clinic.

Warming and Oshoniyi rounded the kids up in a giant circle to show them the skills they would practice. After some of the Penn State players demonstrated a skill, the kids were told to spread out in groups of four with one of the Penn State players as their group leader. The kids’ eagerness and excitement to participate in each activity created an energetic and fun atmosphere in the hall.

“The Brady’s thought it would be a great thing for Mack’s teammates to get together,” Warming said. “We were honored to do it.”

“It’s incredibly humbling,” Brady said. “The hundreds and thousands of people who have expressed their support for us and their love for Mack and to see his best friends out there playing and having a chance to enjoy the sport they love most, even though their buddy can’t be with them, it means an awful lot to us, especially as we come up to his ninth birthday.”

Check out the slideshow above for a photo gallery from the clinic. 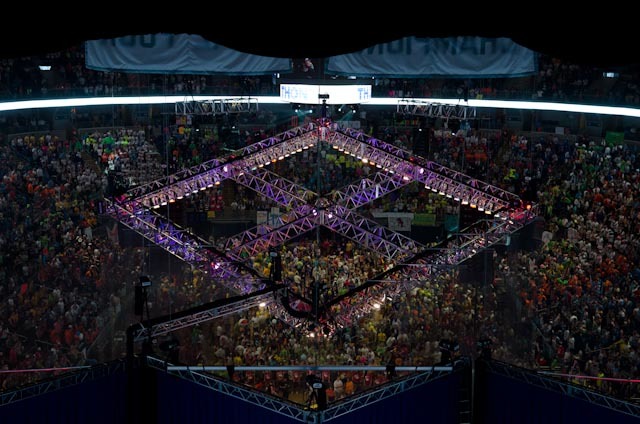 Senior Column: There Are Far, Far Better Things Ahead Than Any We Leave Behind