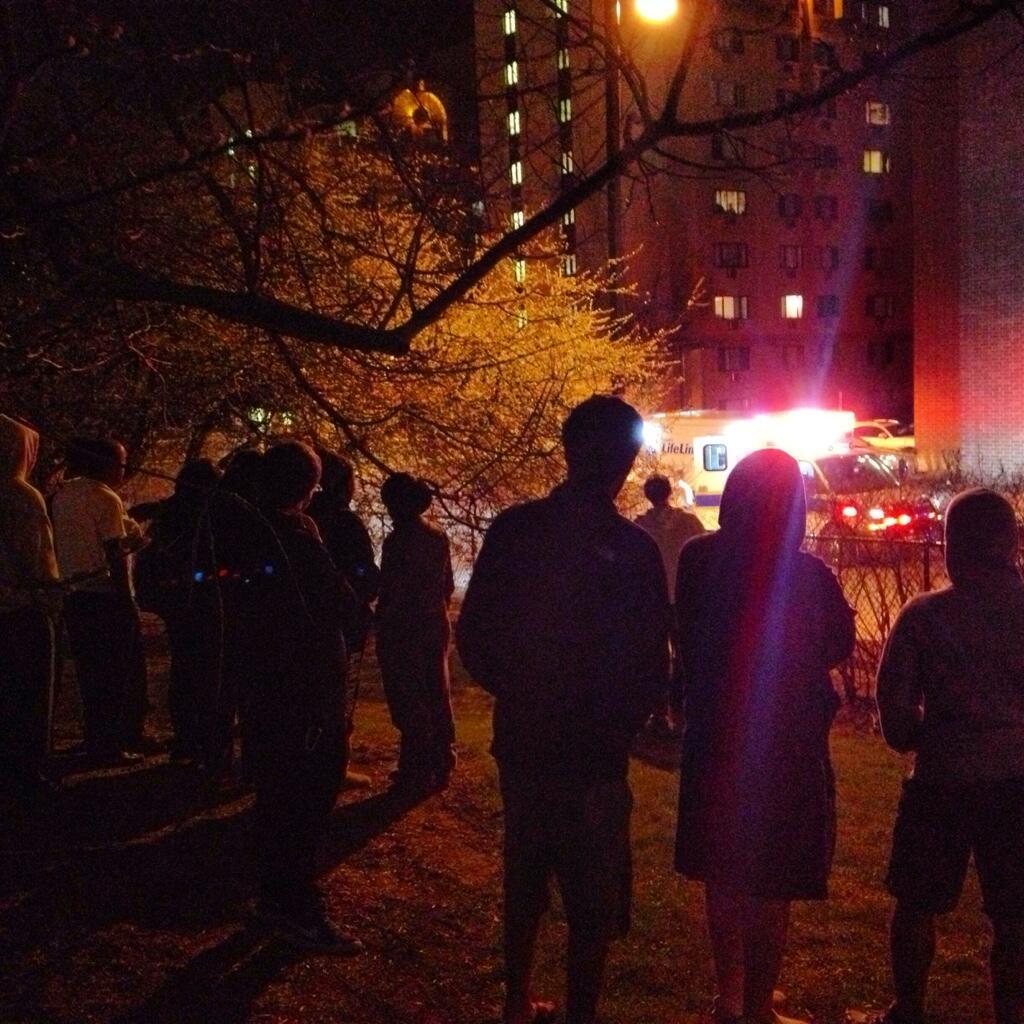 The sixth floor window was blown out and shards of glass scattered the street directly in front of the entrance to the building. Centre County Coroner Scott Sayers would only release the gender of the deceased and police would not offer comment.

More than a hundred students gathered in the area at one point, many visibly shaken by the late night scene. Police said that a press release would be available in the early morning hours.

We’ll have more updates as soon as they become available. Our thoughts and prayers are with the family and friends of the deceased.

(UPDATE 10:03 a.m.) Police have released a statement on the initial investigation into the death.

The 24-year old male was a former Penn State student. Police responded at 12:56 a.m. and found the man dead at the scene with significant trauma. Video evidence from the sixth floor showed that the man intentionally ran down the hallway and “intentionally dove out the hallway window,” according to the release.

An autopsy will be performed today. We’ll provide more information when we have it.

Ryan Beckler and Drew Balis also contributed to this report. (UPDATE 2:09 p.m.) The former Penn State student who died last night has been identified as Joshua Zornberg by multiple sources. Our thoughts and prayers are with his friends and family.

Share via
Man Dies After Sixth Story Fall at University Gateway
https://onwardstate.com/2013/04/16/man-dies-after-sixth-floor-fall-at-university-gateway/
Follow @onwardstate
Send this to a friend