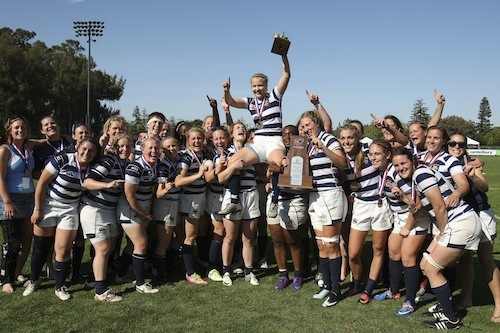 Although Penn State’s Women’s Rugby is only classified here as a “team” sport, their record and potential should certainly not be overlooked or underestimated. Not only do these women play a game that consists of tackling players without any padding, they score a tons of goals, win a lot of tournaments and continue a history of success in the process.

As eight time national champions since the team’s founding in 1992, Women’s Rugby is currently in the running for number nine. The journey began a few weeks back when the Nittany Lions shut out long-time rival Army, 71-0. This past weekend, the women defeated another rival and varsity team West Chester, 58-5, in Grand Rapids, Michigan. They then went on to beat BYU, 22-10, in the semifinal round on Saturday, April 13.

After knocking out the BYU Cougars, the Nittany Lions will advance to the Final Four round of the Division-I college tournament hosted in Stanford, California. In the Final Four round, the Nittany Lions will play Navy on May 3 in hopes to stack up against the winner of the Stanford-Norwich University game for the national title. The entire tournament bracket can be found here.

While the team sets off to become the champions, that isn’t their only objective.

“After graduating 19 seniors, we all anticipated coming back to win another championship, but at the same time we were considered a rebuilding team,” Troyer explained.

Despite the youth of the squad in 2013, the team still obliges to the highest of expectations in both training and competition. This past spring, the team traveled to France to play against elite international teams, allowing the young players to bond together to form a competitive and cohesive squad against more experienced teams that they would face later in the season.

Penn State’s high level coaching staff could too be a factor in the top-notch approach to the collegiate sport. Head coach Pete Steinberg is also the USA Women’s National Rugby Team’s head coach, thus relaying his game strategy and training knowledge to the Penn State Women’s team on an every day basis.

The members of the staff come from places as far as Australia and England and as near as State College to coach, all with national team experience. And although they are not officially varsity, women’s rugby sure has the fan base of one. Starting with only two girls in 1992, the team has over 300 alumni that they are still in close contact with today. Many alumni even make the trip out to California for Nationals in support.

All the while, the team only practices twice a week on a non-mandatory basis. The girls are dedicated to the team’s success.

“The best part about rugby is the unity. We all have admitted to being on other teams and that it’s hard to come close to this one,” Troyer said. 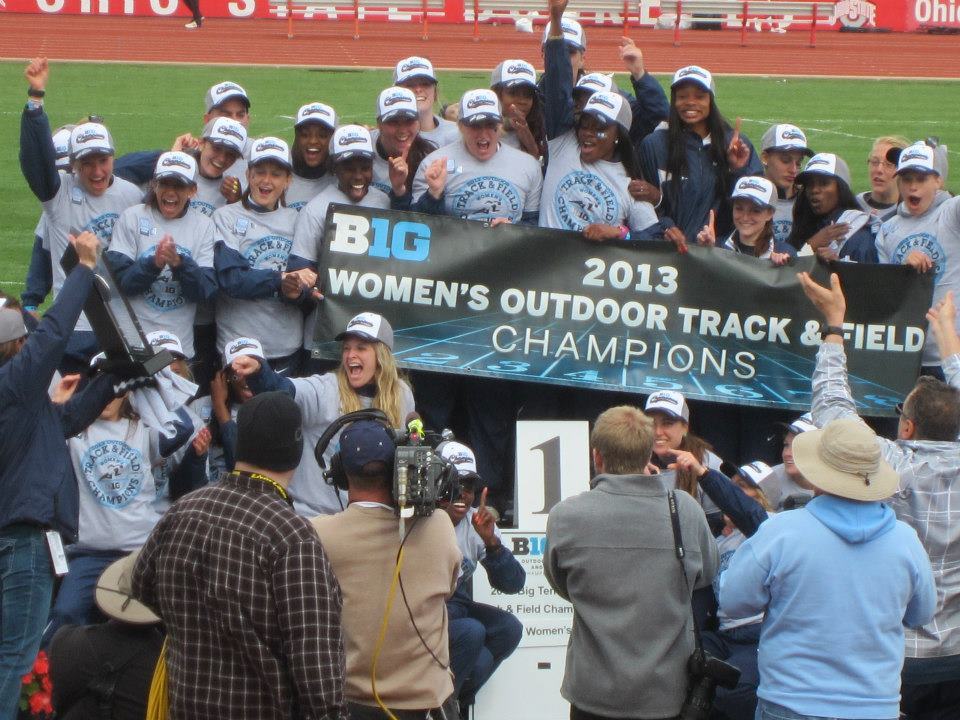 Nittany Lion spring sports teams continue to advance and find success late in their seasons as the Women’s Track and Field Team won its seventh Big Ten title and Women’s Lacrosse advanced to the Elite Eight in the NCAA tournament. No. 13 Penn State Men’s Lacrosse ended its season and fell to No. 11 Yale Lacrosse in a 10-7 battle

Statesmen to Perform on the Today Show

Share via
Women\'s Rugby Hopes to Repeat as National Champs
https://onwardstate.com/2013/04/18/psu-womens-rugby-smashes-through-to-final-four/
Follow @onwardstate
Send this to a friend