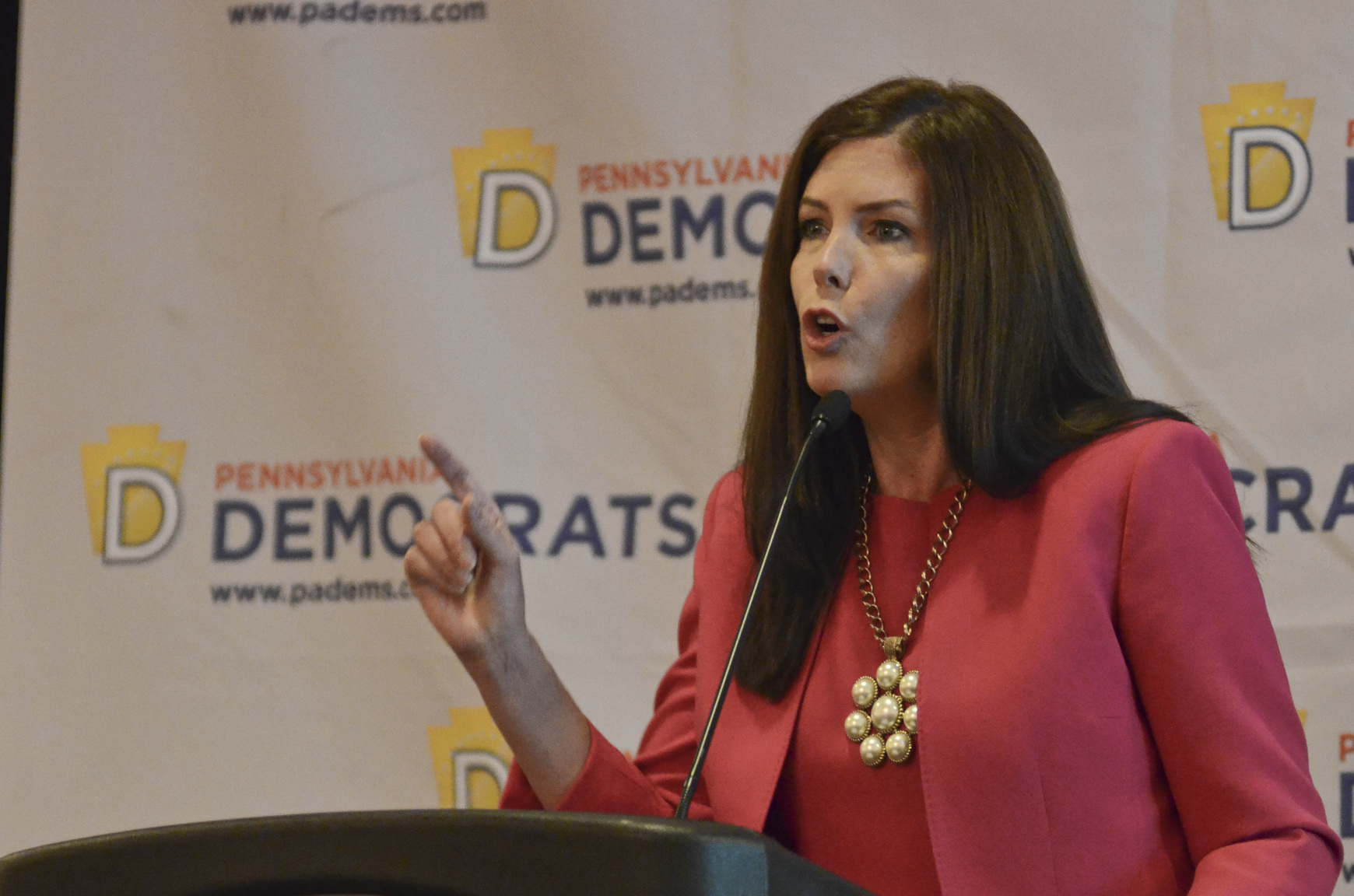 Attorney General Kathleen Kane promised a thorough review of the Jerry Sandusky investigation on the campaign trail last year. She’s making good on her promise with special deputy attorney general H. Geoffrey Moulton heading up the review as his sole duty according to a report from the Patriot News.

Kane spoke Monday afternoon at the Pennsylvania Press Club luncheon, acknowledging that the review is under way and that she is pleased with the pace that it is progressing at. She did not offer any idea as to when it will be complete, however. She noted that her office has received total cooperation from the parties involved as Moulton reviews the Sandusky case.

The review focuses on former Attorney General Linda Kelly’s handling of the Sandusky case, primarily looking at the case’s management, pacing, and decision-making. According to The Patriot News, Kane explained yesterday that it will be “a thorough, unbiased investigation … a review of the facts no matter where they take me.”

“I believe Pennsylvanians deserve the entire story,” said Kane. “They deserve the entire puzzle, not bits and pieces thrown out. The investigation is continuing and as soon as it is done, we will make our findings known to the public. As far as who’s been interviewed, when and where and how they reacted, I’m sorry but that is something we cannot talk about.”

Kane appointed Moulton to head up the investigation back in February, so it has presumably been taking place for about five months now. In last year’s election pitting Kane against Republican candiate David Freed, this review of the Sandusky investigation was one of the most important parts her campaign platform.

“There could be a mountain of documents that need to be reviewed. Every page of the grand jury transcript needs to be reviewed, all police reports, all statements,” Kane said while on the campaign trail in 2012. “We need to interview any witnesses anyplace; we need to go to uncover all of the facts and turn over every stone.”

Share via
Kane Pleased With Progress Of Sandusky Investigation Review
https://onwardstate.com/2013/06/26/kane-pleased-with-progress-of-sandusky-investigation-review/
Follow @onwardstate
Send this to a friend