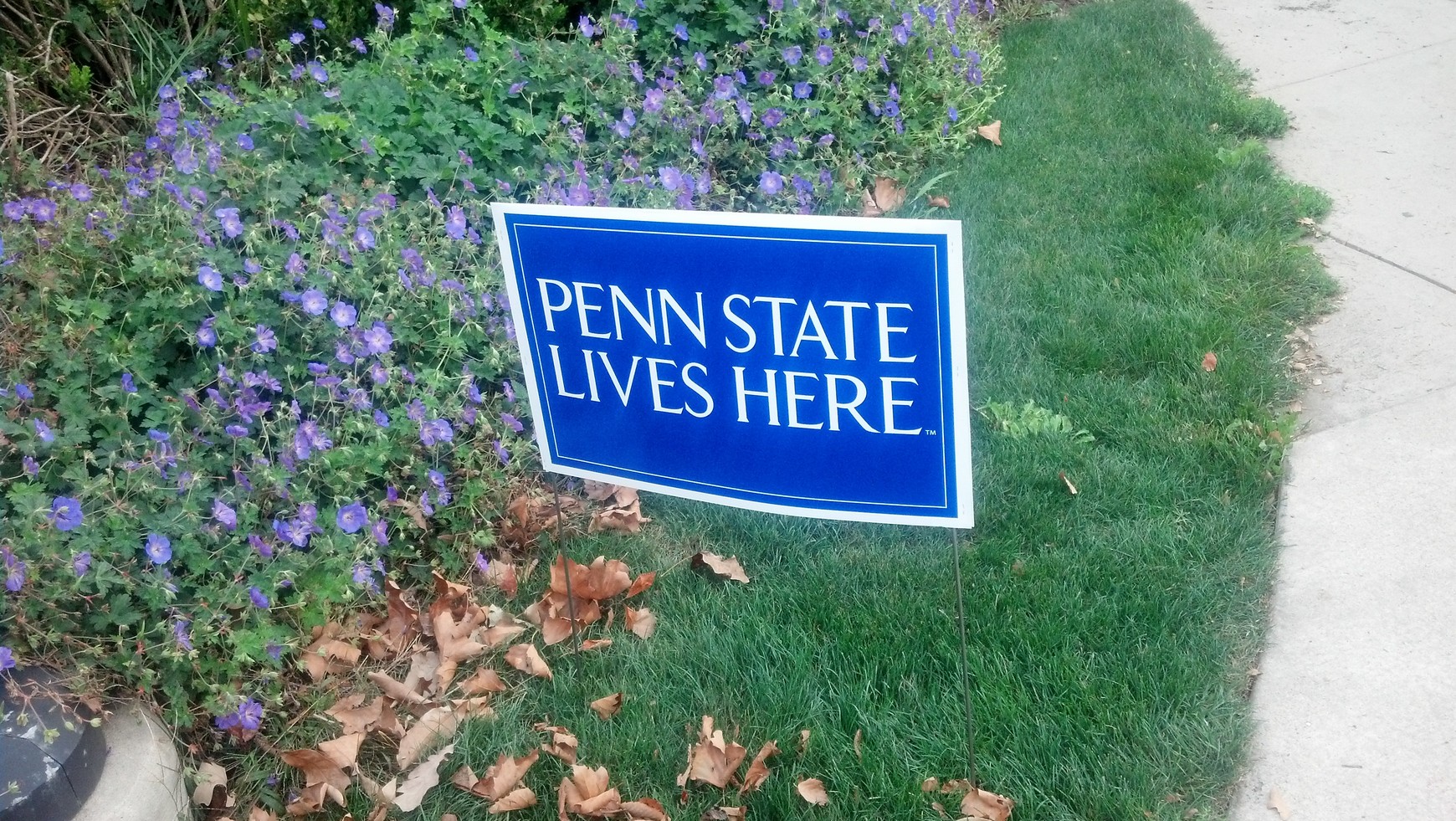 Have you ever found yourself walking down College Avenue and wondered, ‘Where does Penn State live?’ After all, it would be silly just to assume Penn State’s 45,000 students, 9,000 employees, and 500,000 alumni live in all sorts of places and that the question itself is as ridiculous as it is meaningless.

“Penn State Lives Here is a new initiative meant to embody the spirit of Penn Staters everywhere,” said Penn State spokeswoman Annemarie Mountz. “We spoke to thousands of Penn State students, faculty, staff and alumni about what Penn State means to them, and this is a result of those discussions. The goal is to help us to speak with consistency and clarity about the impact Penn Staters are making in the classroom, in our research facilities, in their communities and around the world.”

But what about the Commonwealth campuses and Penn State World Campus? Surely, Penn State is so big it can’t just fit here in State College and University Park.

“As you know, you can find Penn Staters everywhere around the world, and so in that sense, wherever you go, Penn State Lives Here,” Mountz explained.

There is little doubt a team of marketing gurus in Old Main got paid quite a bit of money to come up with these four words, but we’ll never know how much.

“Most of the costs of the initiative were the research that went into it, including all of the contact with the thousands of Penn State students, faculty, staff and alumni,” Mountz said. “We did not pay anything to use ‘Penn State Lives Here.’ We already own the rights to ‘Penn State,’ and nobody can trademark ‘Lives Here’ since it’s already in use in so many places.”

It was not immediately evident what the campaign will include other the obnoxious signs and the branding message.

I don’t get the “Penn State Lives here” signs around campus…like I never knew that or something..

Can someone tell me why there are yard signs that say “Penn State lives here” on campus… isn’t that obvious?

Why are there ” Penn State Lives Here” signs all over campus? Like bros I know I go here

Penn State lives here … Where else does it live ? #confused