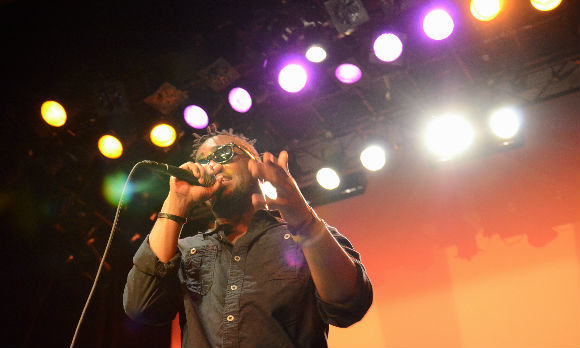 Penn State rapper Mike Wallz may be out of college, but he’s still making moves in the music industry. It’s been a year since we last caught up with Mike to check out his album The Free Life. He’s now working on another album, The Layover, which is set to release on November 11. We caught up with the football playing-rapper to see what he’s been up to since moving on from Penn State.

Onward State: What have you been up to since we last heard from you?

Mike Wallz: My newest project, The Layover is being released one year to the day since my last album, on November 11. That’s kind my thing, you know – 11/11. So in the past 365 days, I graduated from Penn State in December, did a semester of grad school, promoted The Free Life, and moved out to L.A. In that time, I’ve been working with a lot of new producers, and I’m just trying to take it to the next level, you know?

In February last year we did the State Theatre show, and that was really dope because it was the first time a group of students came together and put on their own production. I know Penn State is known for doing great things like that. And you can see that with all of our programs and all of our groups and associations and stuff.

So I’ve been focusing on developing myself as an artist, and just adding onto what The Free Life is and living it.

OS: Tell us about your latest project.

MW: The Free Life was the introduction to me as a solo artist, and it kind of represented my life philosophy, which is, you know life is yours and you have more control of your happiness and everything that goes on in your world than you think. And it’s about following passion, following heart – regardless of any outside forces. It’s about living your life and making sure that it’s the best. Because everybody deserves happiness, everybody deserves to be great, and everybody deserves to unlock that potential that everybody was gifted.

So The Layover is the sequel almost, which represents the period in a person’s life where they are ending one journey and beginning a new one. And that in-between time is where you learn and pick up on that voice inside you to lead you to your next goals in life.

In a more kind of direct way – when you graduate college, a lot of graduates a stuck thinking “Okay I graduated. Now I need to get a job”. And for a large amount of people, that doesn’t happen automatically, or it doesn’t happen that fast. And there’s this period where you just don’t know what to do and your just stuck, reflecting. You might be in between jobs or in between schools or you might have taken a semester off. It really represents that transition stage.

OS: What has changed since your last release? Have you changed your sound?

MW: I was experimenting with a lot of different sounds in The Free Life. There was some acoustic stuff, some club stuff, you know. All my music is made to be performed with live instruments. I did a song last year with Christian Petredis called Falling Into You, and that was a really housy, really poppy kind of song, and that’s not really my style. You have to find that balance. You want to make music for you, but you also want to make it for the people. You want to make music that speaks to you and can still be widely relatable.

So you listen to the new album and you’ll hear a lot of bigger sounds. Like really really big sounds. And I don’t really want to say mainstream, but there’s beats on there that sound like something you would hear on the radio.

OS: What goes into your songwriting process? How involved are you in the production process?

MW: If I can be, I’m pretty heavily involved in the production process. I have a lot of producers that I work with on this album. Okay, there’s like five. But I started from Primary Element, where I only messed with Stan, and he was my only producer. Then I started doing the solo thing and Killakake – he’s also a Penn State guy did the entire album. So at that point I had like two producers. For this album, I have five producers on the tape. So it’s Christian Petredis, Stan, Kake, Aganee Jenkins, and my manager Aidan Graven actually did a track.

But my writing is always one hundred percent constant. Like sometimes I don’t feel like writing but I feel like God just gave me this gift in an awesome medium called music, and I’m just the messenger, really I’m just the vessel. I don’t know where it comes from. It’s kind of a spiritual process. I can’t rhyme on beats or music that doesn’t connect to my soul right away. I’ll hear a song or a beat and I’ll know if I’m gonna use it within the first three seconds.

OS: What first got you into rap?

MW: I was a band geek when I was growing up. I’ve been playing brass instruments and horns since I was in fourth grade. And I was inspired by this band called the Youngblood Brass Band. And my band teacher played this song for me, and it was featuring Talib Kweli, one of my favorite artists – a legend. And I listened to that song and it isn’t hip hop and it isn’t rap. Like, I didn’t know that you could do that in hip hop. And that really inspired me, so I started taking to rap more.

My senior year of high school, when football recruiting really picked up, I had to quit the band. But in order to stay close to music, some people in the music program were there to nurture my talent. So we started a hip hop group called Primary Element and that’s where it started from.

OS: Who are your greatest musical influences?

MW: It seems like a bad cliché, but to be honest two of my biggest influences are Kanye and Jay-Z. I saw Kanye West during his Glow in the Dark tour, I just knew that this was what I wanted to do. That was my first concert ever, and I just couldn’t believe that one person could grab the hearts of thousands. It was like magic. And Kanye and Jay-Z are both known for doing big things, you know – like raising the bar.

The inspiration for the State Theatre show was when Kanye West did this documentary where he took a live orchestra and made this huge symphonic awesome show. And I just thought, he’s a rapper but he’s so much more. And that’s what I kind of want to be seen as.

OS: Who are you trying to reach with your music? Are you going for a different audience now that you’ve graduated?

MW: Since I like to play with live instruments, it kind of attracts a lot of different groups. I don’t really feel the need to rap about bitches and hoes, and stuff like that, you know? So my music relates on a lot of different levels because The Free Life, for example, is applicable to everybody. It could be a person in a mid life crisis trying to figure shit out. But in terms of who I’m trying to reach now, I guess it’s anybody that can relate to the story. Hip hop has a way of speaking to people because it’s poetry, really. It’s art, if you do it the right way. So I feel that as I grow as an artist and grow as a person, my ideas are more eloquently voiced in my music. So I guess it’s more mature now, since I’m more mature of a person.

OS: What are your long-term goals? Do you want to be a professional musician or get a “real job”?

MW: I don’t want to talk down to having a nine-to-five, but I know myself and my experiences with college, with football, with working for somebody else, and I know that I’m going to do everything in my power to never have to do that again. I don’t ever want to work for somebody, just because I don’t want to limit what I can do for myself. If I do work for somebody, then I want to have creative liberty to do what I love, and right now that’s music. So yeah, I want to do music for the long-term. I want to take music as far as it can possibly go because I feel like I’m strong enough and that will put me in the position that I want to be.

OS: What was your favorite live performance you’ve done?

MW: The State Theatre show was the most rewarding one just because I created a memory for a lot of people. There’s going to be a documentary that comes out eventually about that show. We have like days and days of footage on that. It was just a huge opportunity for people who never thought they would do something like that.

But I guess my favorite performance – I just performed at the Roxy on Sunset Boulevard in L.A. and that was really dope. Between that show and performing at Webster Hall in New York, those were my two favorite performances. And I’m like what, 22 years old, just got out of college, and performed already at two of the most iconic venues in America. And that’s a blessing, and I’m really grateful for that. So I guess those two performances were my favorite shows, just two really, really dope accomplishments.

OS: If you could be any dinosaur, which one would you be and why?

MW: Yo, I would be, um … whatever dinosaur was the longneck from The Land Before Time. They were dope, you know what I’m saying? Littlefoot was a G, you know? Like, he rolled with his whole crew. He had Petrie holding it down. He had his little girlfriend longneck. And like the mom and dad longnecks, they were super supportive and protecting, making sure he stayed out of trouble. Yeah man, I would be a longneck. 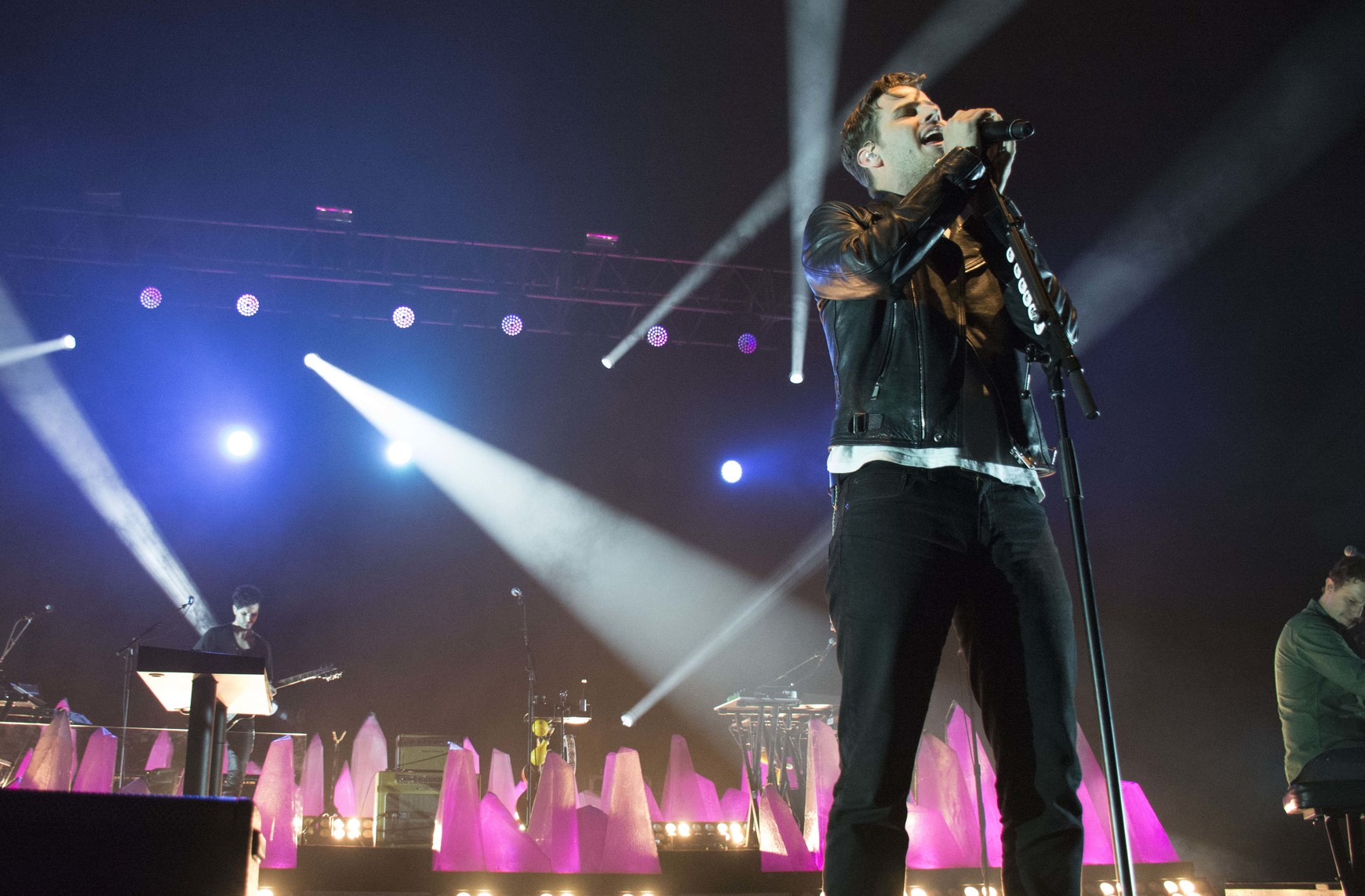 Share via
Mike Wallz on The Layover and Life After College
https://onwardstate.com/2013/11/07/mike-wallz-on-the-layover-and-life-after-college/
Follow @onwardstate
Send this to a friend