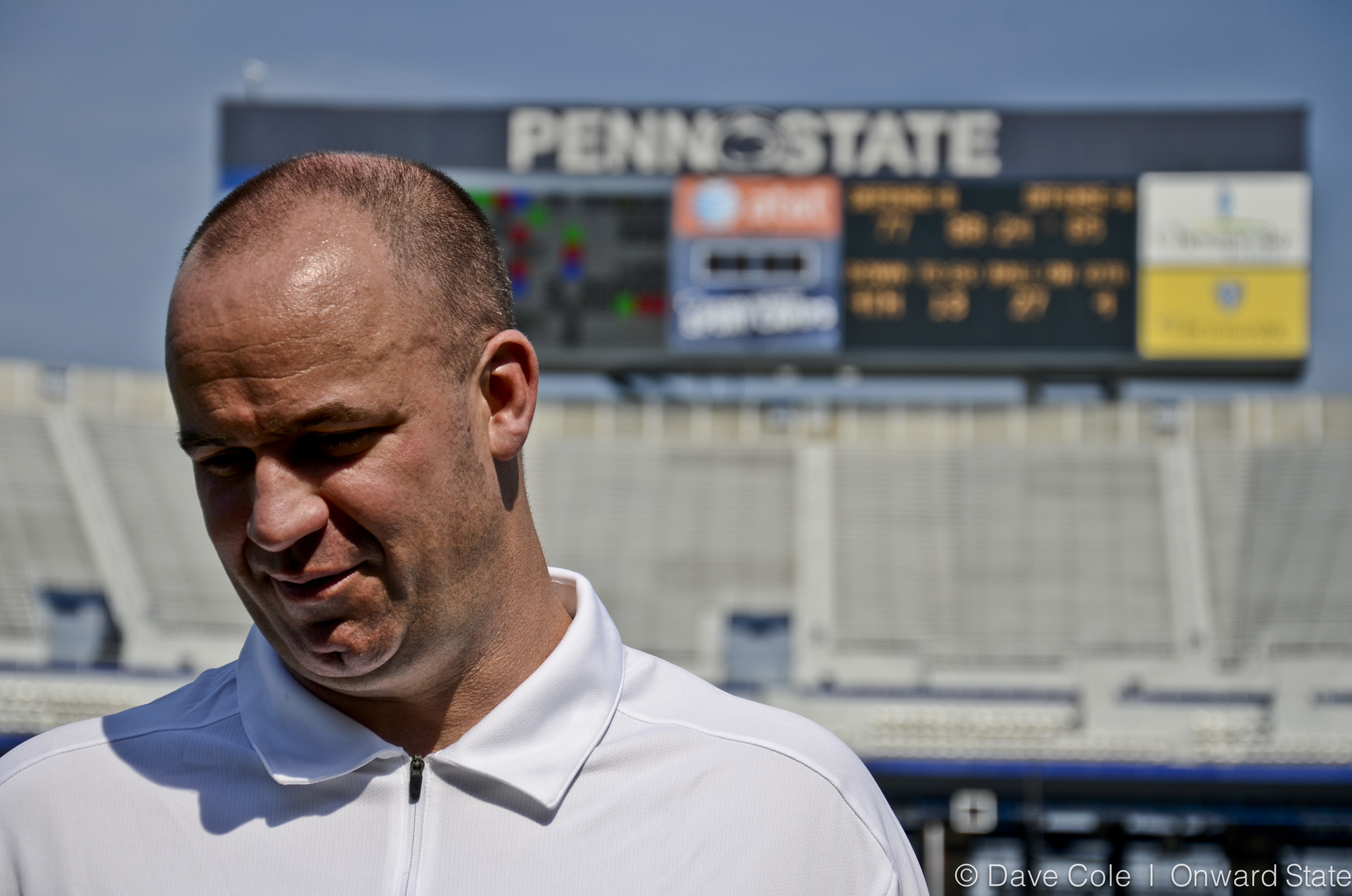 The likelihood of Bill O’Brien leaving Penn State for the NFL increased drastically today, as a firm report from ESPN NFL Insiders Chris Mortensen and Adam Schefter indicates that the Houston Texans are close to finalizing a deal to draw O’Brien to Texas.

The report says that O’Brien and the Texans met over the last several days at his home in Cape Cod, and the “two sides are working to get a deal in place within the next week.” O’Brien is apparently Houston’s top choice at this point in the discussions.

Bill O’Brien & Texans intensify talks they hope will make him next coach in Houston, per sources. ESPN link soon from myself & @AdamSchefter

The Houston position is arguably the most appealing head coaching vacancy in the NFL. The Texans had an extremely disappointing season — many experts expected them to make the postseason, but instead, the team is 2-13 and currently holds the #1 pick in the 2014 NFL Draft – but they are a talented squad with one of the better running backs in the league and a solid defense.

Houston will either have the #1 or #2 pick in the upcoming draft, which would put them in perfect position to potentially draft a young, talented quarterback prospect like Louisville’s Teddy Bridgewater, Fresno State’s Derek Carr, Texas A&M’s Johnny Manziel, or Central Florida’s Blake Bortles. As we all know, there aren’t many coaches better at molding young quarterbacks than O’Brien, making a potential marriage between the two fairly sensible.

O’Brien still has a lofty buyout if he were to leave Penn State this offseason ($6.48 million) and has three years left on his contract. Most Penn State fans have accepted O’Brien’s NFL aspirations but were hopeful that the coach would stick it out through the rest of the sanction years.

We’ll keep you updated as this story develops.

Zach Berger contributed to this report.

Share via
Report: Bill O\'Brien and Texans Close to Deal
https://onwardstate.com/2013/12/28/report-bill-obrien-and-texans-close-to-deal/
Follow @onwardstate
Send this to a friend