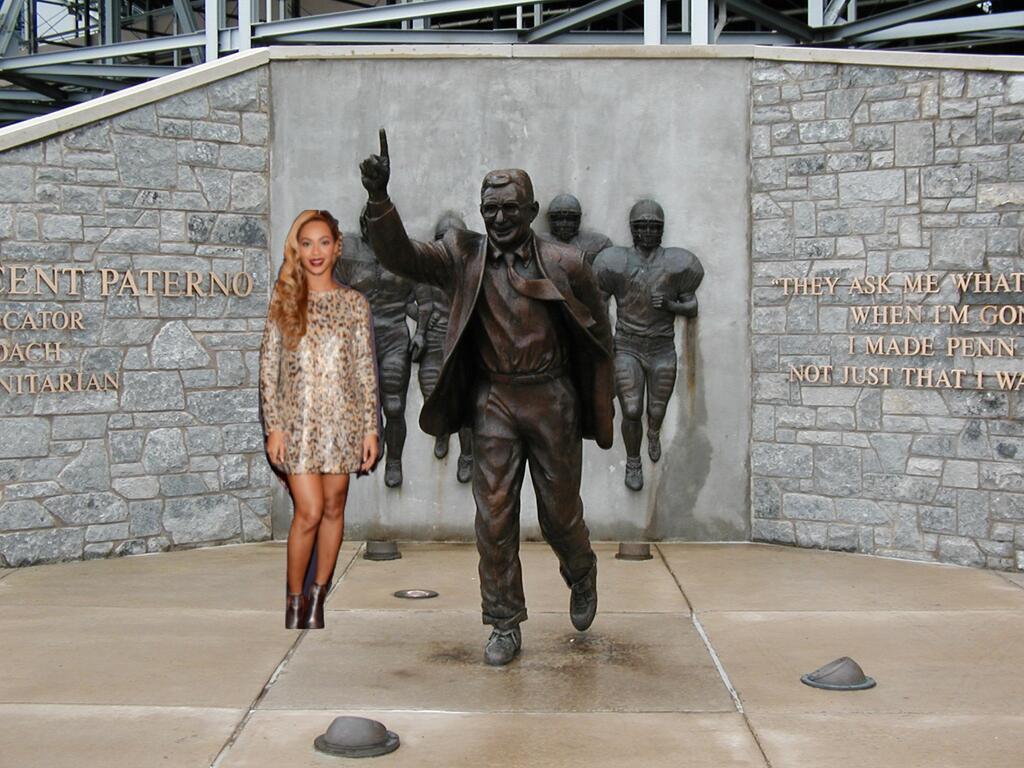 If the rumblings around campus today are any indication, people care a lot more about Jay-Z’s famous wife being in town than the actual concert tonight. While it’s highly unlikely the couple is even in State College yet — and virtually impossible that Beyoncé is on campus — some of these are pretty funny.

For every Beyonce rumor tweet I see I’ll donate .10 to THON!

BREAKING: Beyonce has been spotted at Beaver Stadium. pic.twitter.com/Qx6MxfGHU9

ugh of COURSE Beyoncé would visit Pollock Testing Center the ONE DAY I don’t have a test there. darn it all.

Of course hours after I leave #PennState, Beyonce shows up.

Beyonce is the Joe Paterno statue

COLLEGIAN HAS CONFIRMED THAT BEYONCE IS ON CAMPUS HOLY SHIT

Hold up is Beyoncé really on campus? I’ll be out of this library in 20 seconds

Some girl screaming in the HUB that she saw Beyonce at mclanahans…….

I saw her. Beyoncé is really on campus you guys pic.twitter.com/wf9VRAAEtK

BEYONCÉ IS ON CAMPUS THIS IS NOT A DRILL

Beyonce is on this campus right now. I just want her to sing 1+1 in my presence so I can die a happy woman.

GOD IS ON THIS CAMPUS RIGHT NOW. AND BY GOD I MEAN BEYONCÉ

Beyoncé is on campus and I’m sitting in my room. Maybe if I’m lucky she’ll come to me.

Beyonce is currently on my campus @vivalahal3y

Beyoncé is on campus. Beyoncé. Is. On. Campus. I am officially dead.

Beyonce is in mclanahans wit ya boy right now

After a quick picture at the Lion Shrine, Beyonce continued her #PennState tour at the Creamery! #BeyonceWatch2014 pic.twitter.com/gA05JOhjm0