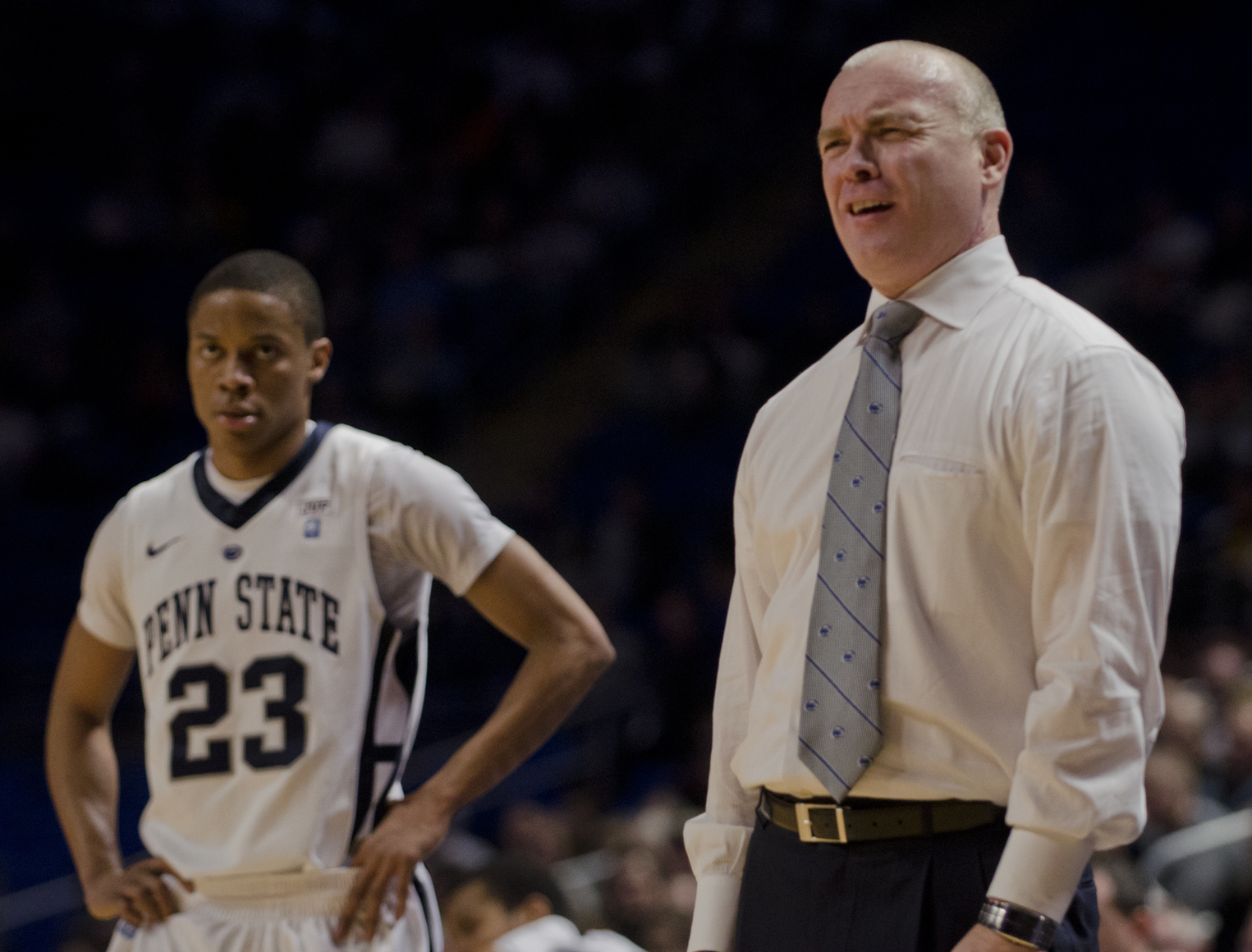 While this isn’t a foolproof formula, typically a failure to pick up defensive rebounds will lead to a loss. That was the case on Thursday night as No. 9 Michigan State dominated the glass with a 42-29 rebound advantage, en route to an 82-67 win over the Nittany Lions. At one point, Michigan State held an 18-0 lead in second-chance points after scoring off of a number of offensive boards.

Penn State had won three straight conference games heading into the road matchup, but the Spartans were too strong of a team for the Nittany Lions to handle and the game wasn’t close outside of the first few minutes. The box score don’t always tell the whole story, but it comes pretty darn close in this one as the stat sheet is pretty indicative of a thoroughly impressive Michigan State victory.

The Spartans were suffocating on defense as well as on offense and Penn State’s shooting numbers suffered as a result. The Lions connected on just 36.8 percent of field goal attempts and were even worse from beyond the arc, hitting just 5-of-22 3-point attempts after missing the first eight.

It looked like Penn State could run with the Spartans early, trailing 11-8 five minutes into the matchup behind six points from Tim Frazier and a layup from D.J. Newbill. Michigan State took control soon after, though, scoring 10 straight to go ahead, 21-8.

Penn State had gone ice cold on both ends of the floor and Michigan State took advantage. 21-8 turned into 29-14. Newbill hit two free throws to cut the Spartan lead to 13, but Michigan State’s Gary Harris knocked down a three before Kenny Kaminski hit one of his own on the ensuing possession to take a 35-16 lead, forcing a Penn State timeout.

The Nittany Lions managed to keep things from getting completely out of hand as a Donovon Jack jumper out of a timeout made it 35-18. Geno Thorpe hit a layup soon after and Newbill hit one of two from the line after an Alvin Ellis foul to make it 36-21 as the end of the half drew near. Penn State then started a run with two minutes to go in the half when Geno Thorpe found an open Frazier for a three.

Kaminski fouled Newbill soon after, who knocked down both shots. Adreian Payne fouled Newbill on the next possession and he again scored a pair. A Ross Travis foul gave the Spartans two free throws of their own, but Russell Byrd fouled Travis on the other end of the court, allowing him to cut Michigan State’s lead to 40-30.

Unfortunately for Penn State, things fell apart shortly after. The Spartans’ Denzel Valentine knocked down a three assisted by Byrd. Harris laid down a block on Jack, leading to a Matt Costello dunk at the other end while being fouled by Travis. He completed the old school three-point play and Michigan State led 46-30 at halftime.

After that, the second half was essentially a formality. The Spartans continued to dominate the game and led 55-34 a few minutes into the half when Penn State was forced to call a timeout. Frazier was able to connect on a jumper while being fouled, knock down the free throw, and hit a three-pointer after Penn State went down 22, giving the team some hope.

Brandon Taylor hit a jumper of his own off of a Kaminski turnover on the next possession to make it 58-44. But Michigan State did what they do best, responding to the pressure with three straight long-balls to take a 23-point advantage at 67-44. A Gary Schilling dunk with 9:30 left to play made it 69-44 and put Penn State in a hole too deep to crawl out of. The Nittany Lions went on to lose 82-67.

The loss stopped Penn State’s three-game conference winning streak, putting the Nittany Lions at 12-11 on the season with a 3-7 conference clip. Frazier led the way for Penn State, scoring nearly a third of the team’s points with 22 on 9-of-14 shooting. Newbill added 17 of his own but was abysmal from the floor, shooting 5-for-18. Travis scored 8 points, all coming from the foul line, in addition to seven boards.

Share via
No. 9 Spartans Halt Penn State\'s Streak With Dominant 82-67 Win
https://onwardstate.com/2014/02/06/no-9-spartans-end-penn-states-streak-with-dominant-82-67-win/
Follow @onwardstate
Send this to a friend