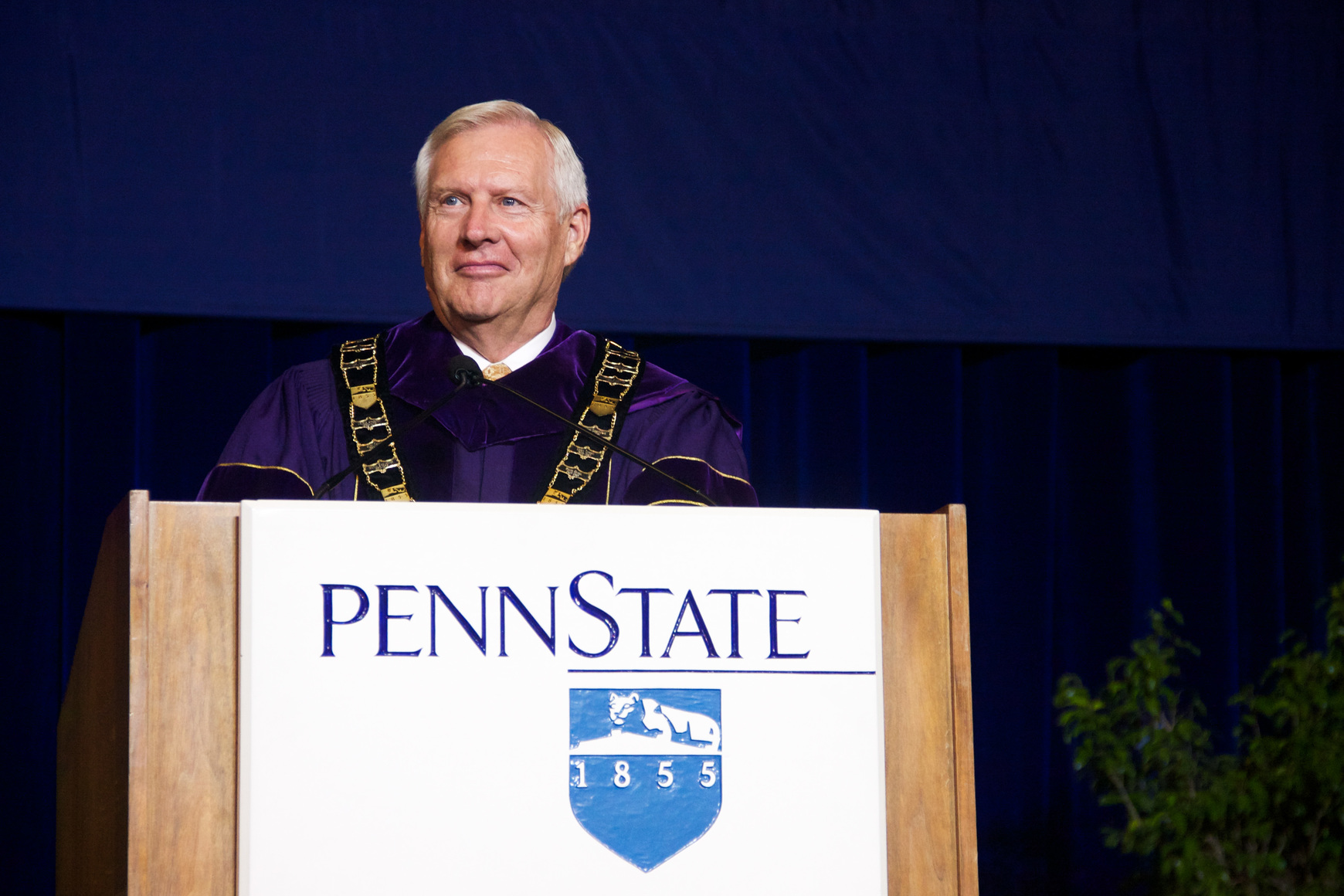 Rodney Erickson certainly sent a lot of emails during his two and a half year presidency, and today might have been his last to the student body. With graduation weekend underway and Erickson’s last day in Old Main set for Monday, Penn State’s 17th president sent what is likely the final email to the students he has worked with for 37 years.

This weekend, I will preside over commencement ceremonies for the last time as President of Penn State, and after 37 years I will join the ranks of the retired. Serving Penn State has been the greatest honor and privilege of my professional life. Just 16 others have had the opportunity to lead Penn State since 1855, and I’m humbled to be a part of such a distinguished group.

The University has faced many challenges since its founding, and going forward, we will sail in some uncharted waters in a rapidly changing environment for higher education. But in classrooms, labs, libraries, performance halls and athletic competitions at campuses across the Commonwealth, the people of Penn State will continue to do the work that is amazing and inspiring. Outstanding teaching. Engaged learning. Discovery across a wide range of fields. Outreach and service at home and abroad. Remarkable alumni who make us proud. Penn State has endured for 159 years, and continues to thrive.

Thank you for your intelligence, dedication, resilience and goodwill. You are the reason Penn State continues to attract the best and brightest students, faculty and staff; engages in research and creativity that is changing the world for the better; and conducts outreach and service that touch the lives of countless individuals every day.

I want to say how much I have enjoyed working with Penn State students, faculty, staff, alumni and friends. Your passion for the institution has always been evident. Our distinguished alumnus and benefactor, Bill Schreyer, perhaps said it best: “It feels good to be a Penn Stater. You feel like you belong to a great institution that is only getting better.”