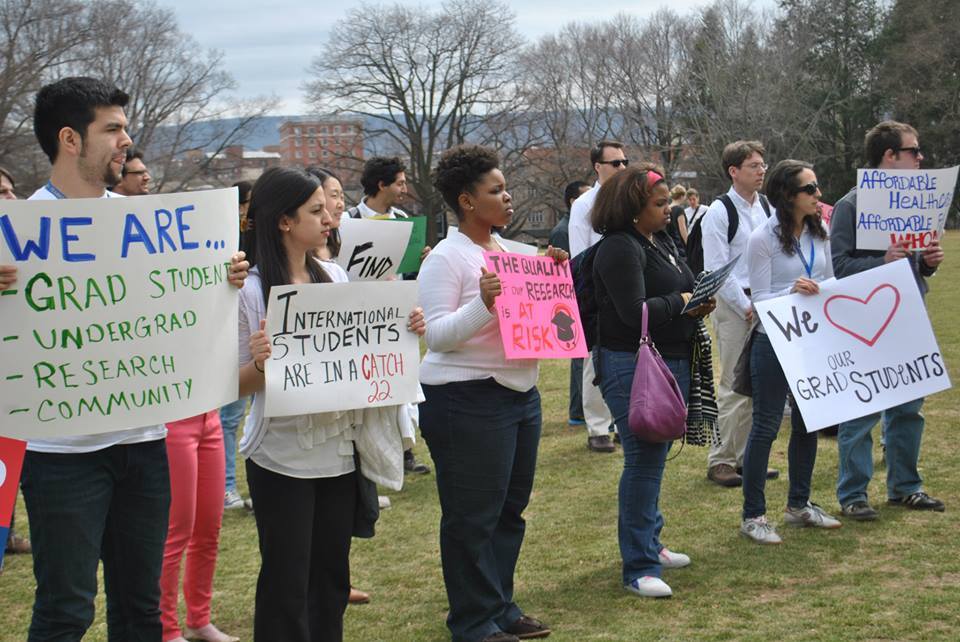 Students who opt to use Penn State healthcare insurance provider Aetna will be paying more for their premiums next year with less benefits, despite significant pushback from the graduate student community in recent months. The university finalized the contract on May 13 but waited until yesterday to release the details of the new plan.

Premiums will increase an average of 21 percent, or $98 for individual student plans after the 80 percent university contribution. The bigger hit comes with the increase in annual deductibles, which will see individual students paying $250 (up from $75) and families paying $500 (up from $225). There is also a new $150 co-pay for emergency room visits, and a new in-network out-of-pocket maximum for plan holders ($1,350 for individuals, $2,700 for families).

“The University continues to explore other avenues to help mitigate the impact of rising health care costs on our student populations, in particular out-of-pocket costs,” said Penn State spokeswoman Lisa Powers. “As costs continue to rise, we cannot absorb those costs — but we can look at ways to mitigate this impact. We understand its importance to our students.”

The new healthcare contract has come under fire recently from some students, including the newly formed group Healthcare Unites Graduate Students (HUGS). The group, comprised mostly of graduate students (which utilize university healthcare most often), has held protests and meetings about the issue and has accused it of being less than forthcoming during the process for negotiating a new contract. Specifically, the group claims out-of-pocket expenses are projected to increase about 400 percent.

“[The new contract] comes after significant pushback from Penn State graduate students who believe the university has not been responsive to their concerns,” a HUGS press release stated. “With word coming out this week that the healthcare plan has already been finalized, it remains unclear why the administration acted so quickly…Under the proposed plan, graduate students, many of whom already make below the State College living wage of $18,469, could be out thousands of dollars if they have a medical emergency.”

Penn State responded to their concerns by the formation of a task force, although it only met twice before this new contract was signed. Vice President for Finance and Business David Gray stated at the last Board of Trustees meeting that the new contract didn’t need to be finalized until Aug. 1, although Powers said that Gray gave the wrong date at the meeting. First-year medical students begin in Hershey on July 16, and Powers said the new policy must be in place by that date.

“You cannot sign a contract one day and have students sign on to the plan and begin to use it the next day,” Powers said. “If you reverse engineer when a contract has to be signed with the finalized terms that then have to be operationalized by mid-July, mid-May is the reality.”

Despite the undeniable increase in costs, Penn State was able to lessen the burden in at least three distinct ways (this is, of course, the focus of their PR pitch). First, the university was able to negotiate Aetna’s original premium increase of 30 percent down to 21 percent. Second, Penn State plans to budget a 3 percent increase for graduate assistantship stipends across the board. Finally, the university has agreed to increase its premium contribution from 70 to 75 percent for graduate assistant plans and 70 to 76 percent for family plans (individual plans will remain 80 percent subsidized).

“Although we have a plan in place for 2014-15, our work is far from done,” said Provost Nick Jones. “We still have a number of important issues to address on this topic as we look to the future. Through the work of the task force we formed on April 29, we will continue to explore means to mitigate the impact of rising health care costs on our student populations.”

“The university has proposed a 3 percent increase across all Penn State pay grades, a standard practice to account for inflation,” Ranjbar said at the meeting. “This 3 percent will not adequately cover increasing co-pays and out-of-pocket deductibles, which are projected again to rise next year.”

It’s a tough situation for both parties — although the sympathy ran thin when the Board of Trustees decided to award outgoing President Rodney Erickson with a $50,000 raise at the same meeting three graduate students spoke about the dire financial situation some members of the graduate community find themselves in. Candidates endorsed by the HUGS group won big in the most recent graduate student government elections, including new president Danielle Rhubart. And the task force will go on in some form, hopefully, to ensure this conflict doesn’t happen again next year.

“I can assure you that these issues are not lost on us,” Jones said. “We know that there’s more we need to do, and we’re working on that.”