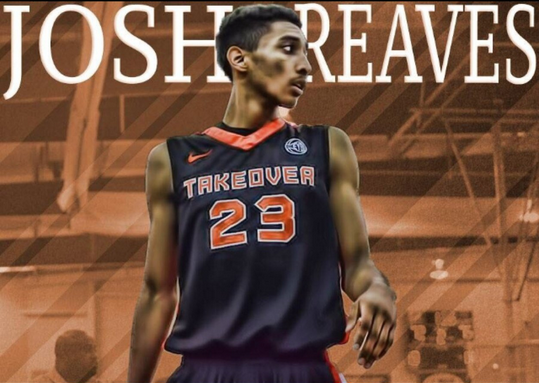 We all know the guys across the street can recruit, but Penn State basketball and coach Patrick Chambers are assembling an impressive recruiting class of their own already in the early stages of the 2015 recruiting cycle. That now-three-member class got its highest-ranked prospect to date last night, as four-star shooting guard Josh Reaves from Oak Hill Academy in Virginia announced his commitment to Penn State.

I am truly blessed to announce that I have committed to Penn State University #WeAre #PennState Thank you everyone for your support.

The 6-foot-4 Reaves was in State College this weekend for a skills camp, and held offers from Villanova, Georgetown, Boston College, Maryland, and others. Reaves is the 5th-highest ranked prospect out of Virginia according to 247Sports’ composite rankings, and is ranked 93rd nationally. Reaves’ pledge makes Penn State’s 2015 class 10th in the nation, according to 247Sports, and yes, you read that correctly.

The Fairfax, Va. native is Penn State’s biggest basketball commitment in recent history and has been on Chambers’ radar since assistant coach and DMV recruiter Dwayne Anderson formed a relationship with him a year ago. He’s averaging 10.8 points, 3.6 rebounds and 1.9 assists per game in the Nike Elite Youth Basketball League.

He joins Philadelphia’s Mike Watkins and Maryland’s Deividas Zemgulis, both forwards, in Penn State’s 2015 class. The class’s ranking is impressive by any standard, but even more so for a Penn State team coming off a disappointing 16-18 campaign last season.