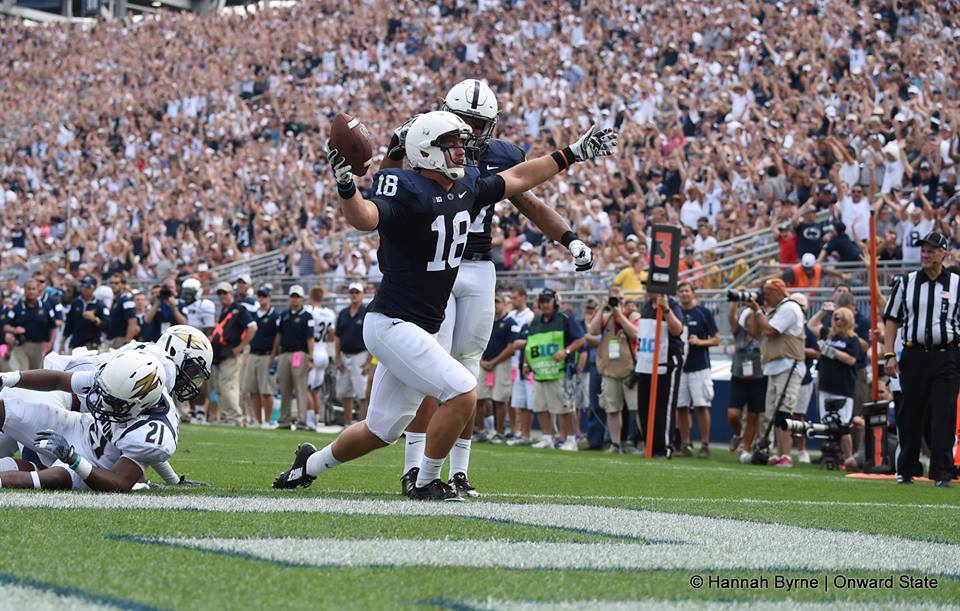 The 2014 John Mackey Award‘s midseason watch list was released yesterday, with Jesse James making an appearance just like he did in the preseason. He joined 32 of the nation’s best tight ends on the list for the award, which is given annually to recognize the best at that position.

James has played a significant role in the Nittany Lions’ passing offense this year, hauling in 18 catches (tied for third on the team) for 203 yards, as well as a pair of touchdowns. Furthermore, his 11.3 yards-per-catch and 33.8 yards-per-game marks are both good for third best on the team. His 44-yard catch-and-run for a score against Akron in the home opener was crucial to getting the offense on track in a 21-3 win.

The list will be narrowed down to its semifinalists Nov. 17, finalists on Nov. 24, and the award winner will be announced at the college football awards show Dec. 11 on ESPN.