Shane Conlan To Be Honored During Saturday’s Game 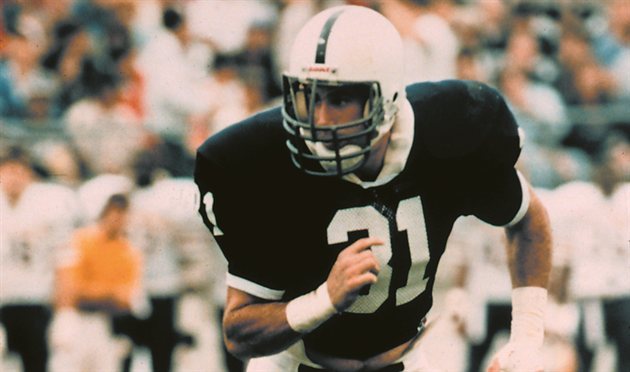 The two-time All-American will be presented with a National Football Foundation On-Campus Salute, presented by Fidelity Investments, the university, and the College Hall of Fame.

“It’s a great honor to join all the former Penn State players and all the great players in the College Football Hall of Fame,” Conlan said in May. “It’s very humbling. The list of nominees was such a distinguished group.”

The On-Campus Salute, according to the National Football Foundation, began in 1951 and is the first of many activities one experiences upon being inducted into the College Football Hall of Fame. “During the NFF Hall of Fame On-Campus Salutes, each inductee returns to his alma mater to accept a Hall of Fame plaque that will remain on permanent display at the institution,” explains the NFF. “The events take place on the field during a home game, and many inductees cite the experience as the ultimate capstone to their careers, providing them one more chance to take the field and hear the crowd roar their name.”

Conlan was a star linebacker at Penn State, and a finalist for the Butkus Award in 1986. A member of the ’86 National Championship team, he led the team with 79 tackles, and recorded two interceptions in the Fiesta Bowl, for which he won the Most Valuable Defensive Player. By the time he was drafted eighth overall by the Buffalo Bills, Conlan was Penn State’s second all-time leading tackler with 274. He racked up 751 more tackles in the NFL with the Bills and the Rams.

He was elected to the College Football Hall of Fame last year, becoming Penn State’s 18th inductee. This week, Conlan’s former teammates D.J. Dozier and Steve Wisniewski were named to the ballot for the 2015 class.

Follow on Another Platform
113kFollowers
157kFollowers
57.3kFollowers
4,570Subscribers
Latest Instagram Posts
Let’s be frank…That is one hot diggity dog🤤🌭
State College Mayor Ezra Nanes once again declared State College the “City of THON” for the 46 hours dancers will stand from February 17 to 19.
We’ve never noticed these on campus before 🤔
We dance in 14! 💃🕺
State College Links

Share via
Shane Conlan To Be Honored During Saturday\'s Game
https://onwardstate.com/2014/10/23/shane-conlan-to-be-honored-during-saturdays-game/
Follow @onwardstate
Send this to a friend