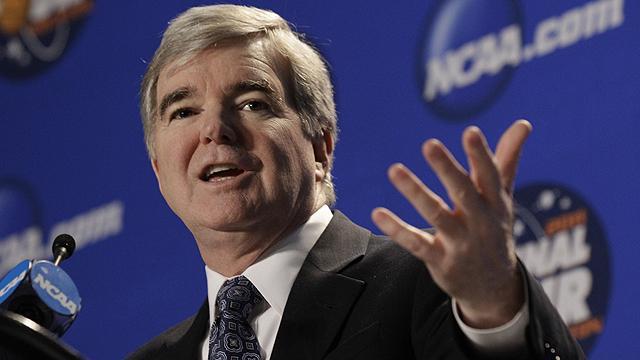 And you thought you were having a bad day!

Commonwealth Court Judge Anne Covey issued a memorandum ruling on Friday blasting the NCAA for its numerous court filings in its various lawsuits, calling its efforts to get just the right rulings “deplorable,” according to the Centre Daily Times.

“The NCAA’s forum shopping by seeking a more favorable ruling from the federal court and through efforts that amount to nothing more than an interlocutory appeal to removing the pending … trial date is behavior the courts find deplorable,” said Covey, via the CDT.

If all the scandal-related lawsuits have you confused, here’s some background: In September, the NCAA requested that its lawsuit with Sen. Jake Corman over where the Penn State fine money should go be thrown out, which was really just an attempt to keep the consent decree from going to court. But after Covey’s court denied that request, the NCAA quickly filed a motion to speed up the lawsuit, saying the Endowment Act that is keeping fine money in-state needed to be declared unconstitutional as soon as possible.

Yet when Covey scheduled a January trial to determine how the NCAA decided upon its Penn State penalties, the NCAA filed a writ of prohibition to delay that trial.

The motions weren’t all that drew Covey’s scolding, as she also reprimanded the NCAA for its stubborn stance that it should own the fine money paid by Penn State.

“More importantly, resolution of critical legal issues … are not to take a backseat to an act which is fully within a party’s ability,” she wrote. “Thus if the NCAA desires for monies to be expended on programs preventing child sexual abuse and/or assisting the victims of child sexual abuse, there is no law or court order precluding the NCAA from making such a charitable contribution.”

She also upheld the constitutionality of the Endowment Act in a partial ruling.

This isn’t Covey’s first foray into NCAA bashing. When she initially ruled that the Endowment Act was legal in April, she ripped the consent decree and the sanctions that punished the innocent.