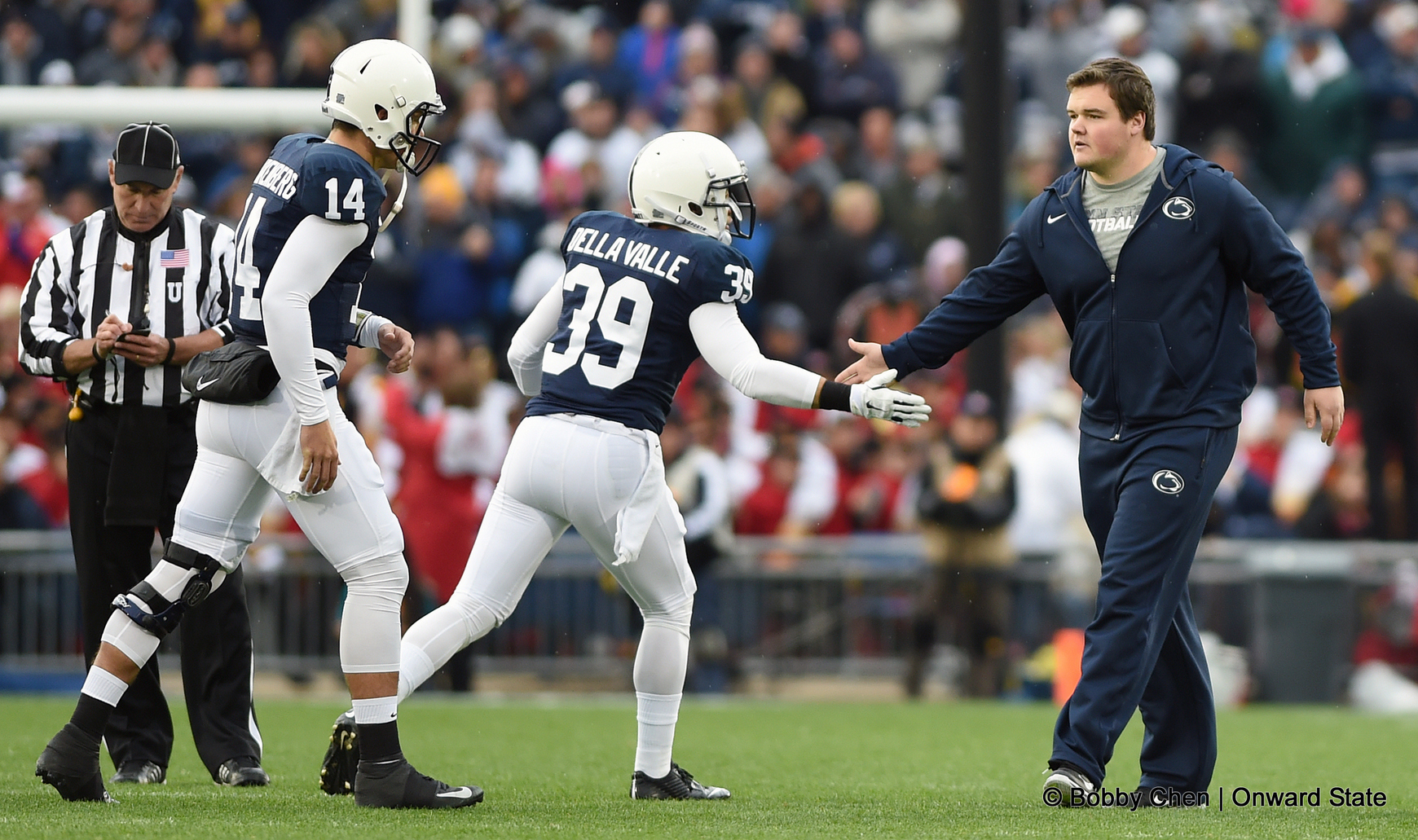 James Franklin met with the media following Wednesday’s practice where he relayed that he was hopeful senior guard Miles Dieffenbach would return to the field this week, and tackle Donovan Smith’s return would be dictated by his doctors.

Dieffenbach has not seen action this year, following a torn ACL during spring practice. “I know I say this every week, but with Miles, we’re hopeful,” said Franklin on Dieffenbach’s potential return this Saturday at Indiana.

This isn’t a particularly new statement from Franklin. In last Tuesday’s press conference prior to the Maryland game, Franklin hinted that Dieffenbach would return to the field that week. Franklin said that Dieffenbach’s performance in practice “will allow us to play him in the game a little bit.” Dieffenbach ultimately ended up not suiting up for the home loss to the Terrapins.

“He’s behind, he’s missed so many reps,” said Franklin on Dieffenbach. “He knows that, that’s the sign of a mature player. He knows he’s so behind on reps that he has to do more to get caught up.”

Smith, the only other experienced cornerstone of Penn State’s depleted offensive line, also did not play against Maryland after suffering an injury on a touchdown pass in the Ohio State game. Franklin didn’t give much information on his return status. “For Donovan, it’s up to the doctor,” said Franklin. “Typically we don’t find out until later in the week, Thursday or Friday morning.”

With Dieffenbach and Smith both potentially out, it could spell another trying performance for Penn State’s front five and running game, which at one point ranked as the worst in the country, and has now improved to the nation’s fourth-worst attack.

Share via
Franklin Hopeful of Dieffenbach Return, Smith\'s Status Remains In Limbo
https://onwardstate.com/2014/11/06/franklin-hopeful-of-dieffenbach-return-smiths-status-remains-in-limbo/
Follow @onwardstate
Send this to a friend