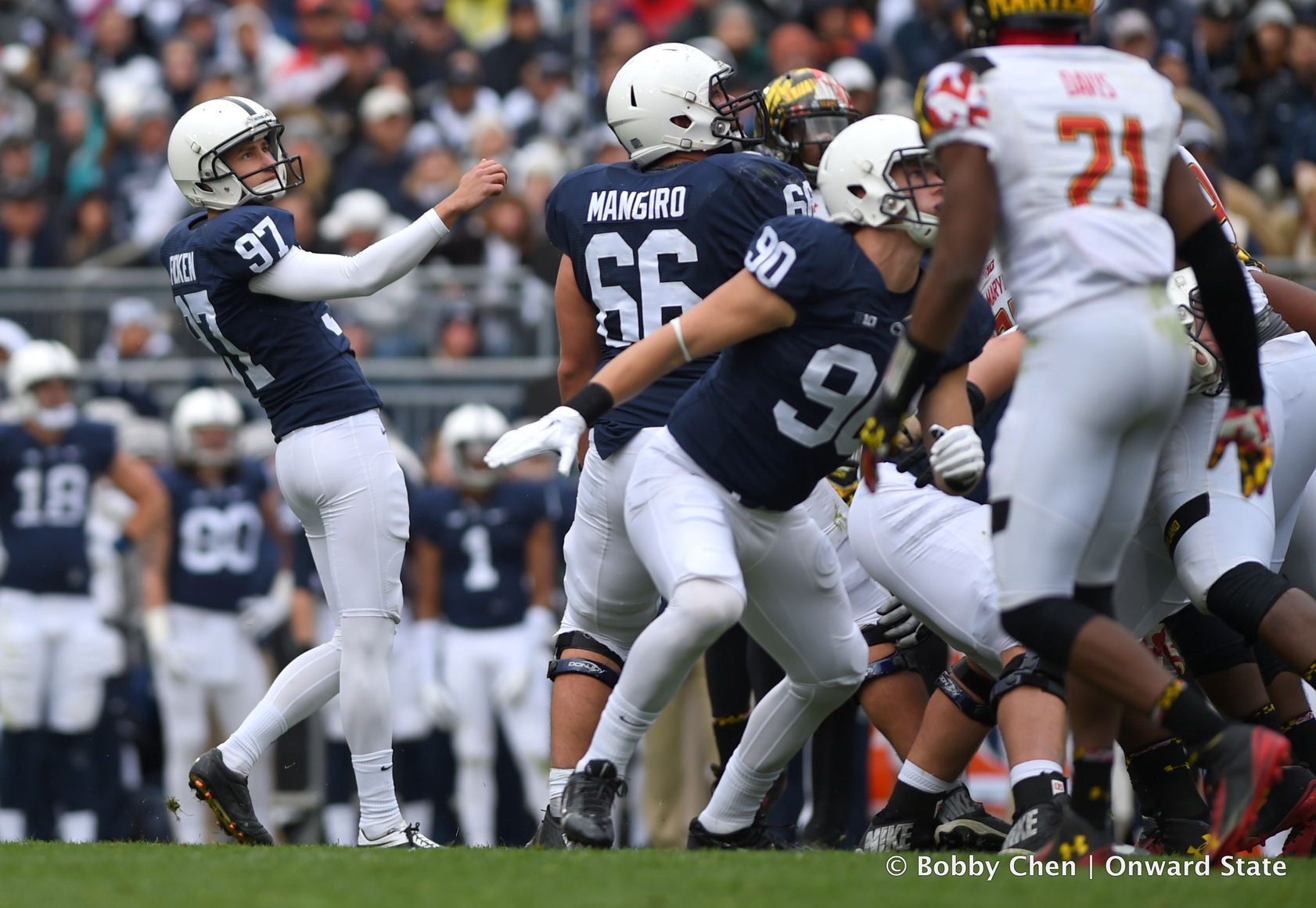 The resurgence of senior kicker Sam Ficken continued with his selection today as one of 20 semi-finalists for the Lou Groza Collegiate Place-kicker Award.

Presented by the Orange Bowl, the award honors the best overall kicker in college football. It was first presented in 1992 and is named in honor of Pro Football Hall of Fame kicker Lou Groza, who kicked for 21 seasons with the Cleveland Browns.

Ficken has done more than enough to earn a place on the list, connecting on 17-19 field goals and leading the Big Ten in field goals made with 17. His field goal percentage of 89.5 ranks him tenth best nationally, while ranking second in the Big Ten. He ranks third in the Big Ten in kick scoring (8.5 ppt, 68 points), and sixth in overall conference scoring. Ficken is a perfect 17-17 on extra points.

Ficken has been one of the lone symbols of consistency for the Nittany Lions, often coming up in the clutch when the team needs him most. His three field goals of 45 yards or longer against Maryland marked the first time since 1982 that a Nittany Lion kicker has accomplished such a feat.

Along with being named as a Groza Award semifinalist, Ficken is also up for Big Ten Baaken-Andersen Kicker of the Year and has received Big Ten Special Teams Player of the Week honors twice this season, and four times over the span of his memorable Penn State career.

Joining Ficken as a semifinalist for the prestigious award is Maryland’s Brad Craddock, who kicked the unfortunate game winning field goal last weekend. The two proficient kickers are the Big Ten Conference’s only two representatives for the award.