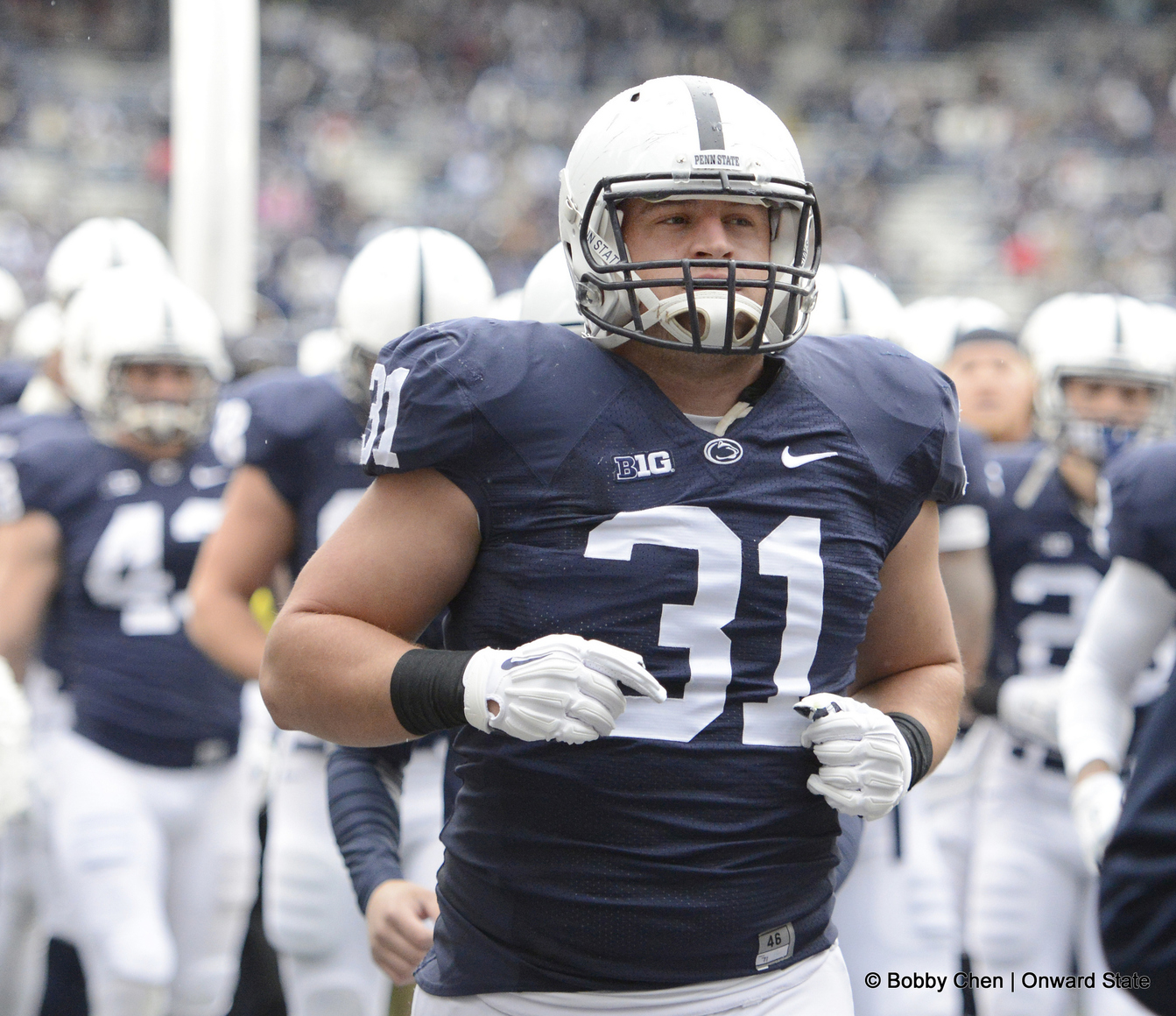 Three Penn State football players were named to the Capital One Academic All-District Football Team today to tie for the best mark in the Big Ten.

Fifth-year seniors defensive end Brad Bars and safety Ryan Keiser, and sophomore kick snapper Tyler Yazujian were the three Penn Staters selected, coupled with Purdue for best in the conference, and second-highest among the six states in District II comprising FBS and FCS institutions. The honorees are chosen by the College Sports Information Directors of America (CoSIDA).

The three players are now eligible for consideration for the Academic All-America Team.

Bars graduated in May with a degree in finance and a 3.66 grade-point average. After missing 2013 due to an injury, Bars has made seven tackles this year while appearing in every game in both defensive and special teams roles.

Keiser, one of Penn State’s captains, graduated over the summer with a kinesiology degree. Prior to his injury that ended his season before the Ohio State game, Keiser had played in 42 of 43 possible games. He was third on the team with 25 tackles at the time of his injury, and also had an interception in 2014.

Academic success is no new achievement to Penn State athletics. The NCAA recently released a report that shows the university’s football graduation rate ranks No. 13 in the FBS.

Guard John Urschel was a first-team Academic All-American last year, for the second time in a row.