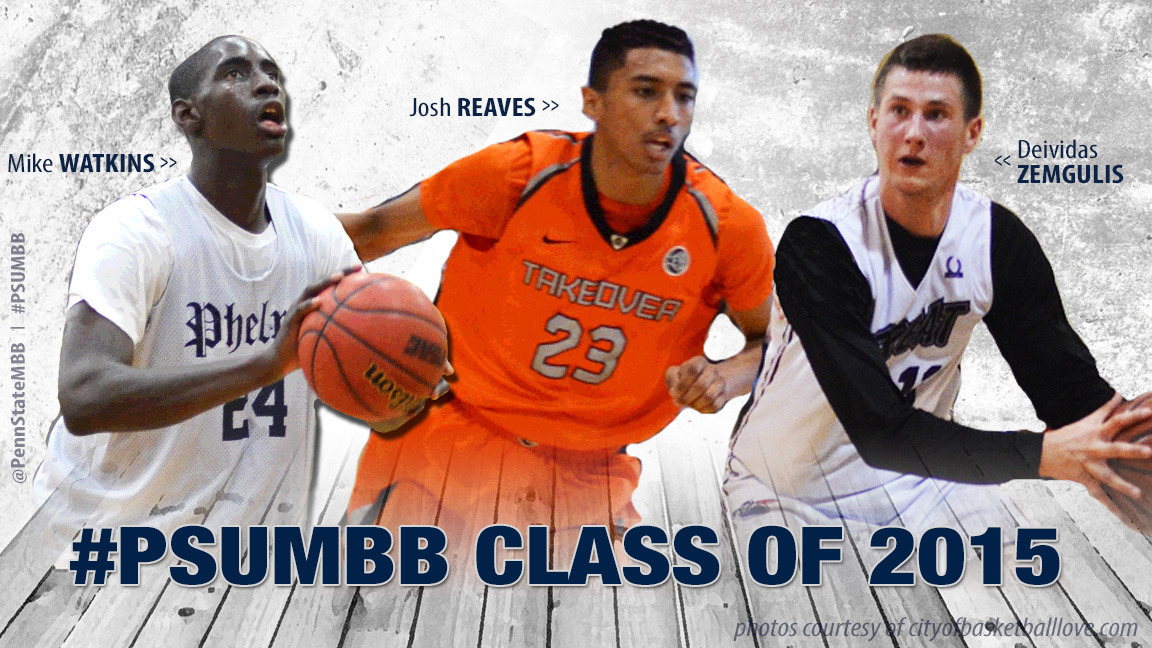 The men’s basketball team took another big step forward today in its continuing climb out of the Big Ten’s basement, signing the best recruiting class in the history of the program.

“We are ecstatic about the direction of our program,” head coach Patrick Chambers said. “The diversity of this class is something that really excites me. Our staff has worked so hard over the past three years, especially in the Philly and DC areas, to get our program to this level.”

Tale of the Tape

Reaves played his senior season at Oak Hill Academy in Virginia, the same high school attended by current NBA stars Kevin Durant, Carmelo Anthony, and Rajon Rondo. He spent his first three seasons at Paul VI Catholic High, where he led the team to a Washington Catholic Athletic Conference title as a junior and earned First-Team All-Met honors. He also competed on the highest level of the AAU circuit with Team Takeover.

“Josh is a high-level player whose versatility on the floor makes him a guy who I expect to be a stat sheet stuffer for us,” Chambers said. “His athleticism and speed make him an excellent defender, which allows him to get out in transition and attack the rim – where he is at his best.”

Watkins becomes the sixth player from Philadelphia head coach Patrick Chambers has signed in the last three-and-a-half years. He played three seasons at Math, Civics & Science Charter, leading the team to the PIAA Class A championship game with 17 points and 17 rebounds in the final, before transferring to Phelps School for his final season. Watkins also played with AAU team “Team Philly,” the same program as current Penn State junior Brandon Taylor.

“Mike is an elite athlete who will provide us another rim protector,” Chambers said. “He excels at running the floor in transition and is a phenomenal finisher. It’s great to have another Philly product in our program.”

Rating: Three stars. Ranked the 39th best small forward in the country, and fourth-best from Maryland.

Zemgulis played for his home country with Lithuanian U16 team at the European Championships in August 2013 before coming to the U.S. as exchange student. He helped St. Mary Ryken (Leonardtown, Md.) to an appearance in the Washington Catholic Athletic Conference quarterfinals in 2014, and scored more than 13 points per game in 29 contests. The lights-out outside shooter also played with AAU club team “Threat 220.”

Originally not part of Penn State’s recruiting plans, Zemgulis was facing off with DeMatha Catholic and Class of 2016 commit Joe Hampton and dropped an impressive 17 points on five three pointers in front of the Nittany Lion scouts. Penn State offered him on the spot, and he visited the school the very next week, during Blue-White weekend.

“Davis brings us a bigger wing who is a premier three-point shooter with unlimited range,” Chambers said. “His competitiveness and toughness are things our staff loves about him. His high basketball IQ will help us from day one.”