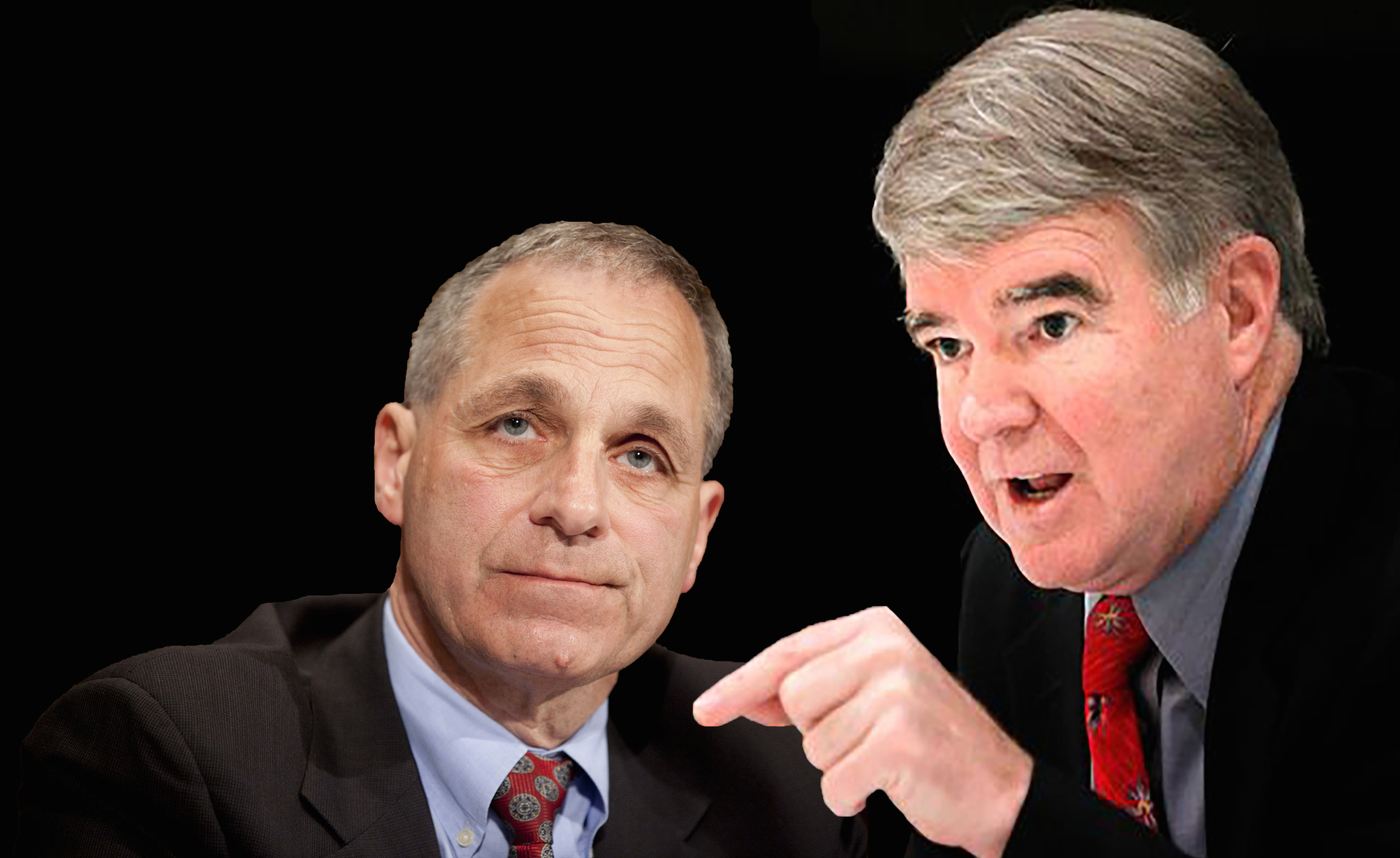 Another day, another round of emails that are potentially embarrassing to the NCAA.

A new 110-page filing by State Senator Jake Corman this morning shows that the NCAA was in regular communication with the supposedly independent Freeh group during the Penn State investigation, even recommending search terms and questions for Freeh to use during its inquiry, and that at least one Penn State trustee supported that unusual relationship.

The filing, which can be read below, is part of Corman’s response that challenged the NCAA’s assertion of privileged emails. The NCAA was forced into the discovery phase of the lawsuit, which is aimed at using the $60 million fine for Pennsylvania programs instead of giving it to national organizations. The lawsuit was eventually expanded to evaluate the validity of the entire consent decree.

The NCAA first reached out to the Freeh group in late November to schedule a conference call between Mark Emmert and Louis Freeh. In December, the parties — including Louis Freeh, NCAA general counsel Donald Remy, NCAA enforcement director Julie Roe, and legal counsel from the Big 10 — actually met at the Nittany Lion Inn in State College on December 7, 2011 to discuss the investigation. According to the Corman filing, Remy has stated that the Freeh investigation “entirely independent from the NCAA[.]”

An email from Big 10 legal counsel Jon Barrett to Freeh investigator Omar McNeill on December 5, two days before the initial meeting, seems to indicate that the NCAA and Big Ten were interested in “collaborating” with Freeh on the investigation, and that Penn State Trustee Ken Frazier had approved of that arrangement.

Part of that collaboration is made clear in another email from Remy to McNeill. On December 28, 2011, the NCAA general counsel sent the Freeh investigator a list of 32 questions he wanted the investigation to pursue. Remy would later send the NCAA a list of search terms to use in the investigation, including terms like “blind eye,” “pedophile,” “retaliation,” etc. Remy also provided a list of people for the Freeh group to interview.

“I will review the list of questions provided in the attached email and let you know of any questions I have,” McNeill responded. “Also, I will await your list of potential witnesses, database search terms, etc. you would like to provide.”

It was around this time that the NCAA, the Freeh investigator, and the Big Ten began having regular conference calls to discuss Penn State. An appointment request sent on December 23 from McNeill to Remy and Barrett with the subject “PSU Weekly Update” included a passcode for the group to call in “every Friday from 9 a.m. to 10 a.m. effective 12/23/2011 until 5/4/2012. There are 13 more occurrences.”

“As discussed, this informational briefing is being provided to your team to illustrate how the NCAA enforcement staff historically has examined issues involving institutional control and ethical conduct,” Remy wrote. “We hope it will be helpful as you independently examine similar issues related to your charge.”

“Please give me and (sic) comments and edits to the draft language below,” Remy wrote.

“I pass along our proposed edits to the draft response to Cynthia Baldwin,” McNeill wrote a day later.

At minimum, it is clear there was some questionable arrangements in the Freeh investigation, which is turning out to not be all that independent after all. No doubt Penn Staters will be justifiably crying collusion after reading the court filings below.

Corman spoke to ESPN Outside the Lines this morning, bringing up the possibility that the outcome of the Freeh report was predetermined.

“Clearly the more we dig into this, the more troubling it gets,” Corman said. “There clearly is a significant amount of communication between Freeh and the NCAA that goes way beyond merely providing information. I’d call it coordination … Clearly, Freeh went way past his mandate. He was the enforcement person for the NCAA. That’s what it looks like. I don’t know how you can look at it any other way. It’s almost like the NCAA hired him to do their enforcement investigation on Penn State.”

“At a minimum, it is inappropriate. At a maximum, these were two parties working together to get an outcome that was predetermined.”

“I’m angry,” Corman said. “When you read the other communications we’ve seen, the NCAA is saying we have an image problem. So it looks like the NCAA was looking to improve its own image at the expense of Penn State. And to do that, they were orchestrating an outcome with Freeh to make it happen … A lot of people were hurt by the sanctions brought down by the NCAA, and to think it was achieved possibly by this coordination by Freeh and the NCAA makes me very, very angry.”

It has been public knowledge for almost three years that the University had agreed that the NCAA and the Big Ten Conference would monitor the progress of the Freeh investigation.  While the NCAA may have made suggestions to the Freeh Group with respect to its investigation, the scope of the Freeh investigation was established by the Penn State Board of Trustees, as set forth in the Freeh engagement letter, not by the NCAA. The University’s preliminary review of the NCAA’s proposed questions suggests that there are many proposed questions that are not addressed in the final July 12, 2012 report.

Remy gave a statement to ESPN, calling Corman’s assertions a “mischaracterization of the evidence” and “inconsistent with the facts.”

Whether Remy’s assertion that the NCAA sending Freeh recommended search terms and witness lists, while editing statements to Penn State, is simply “cooperation” and “monitoring progress” is for you decide.