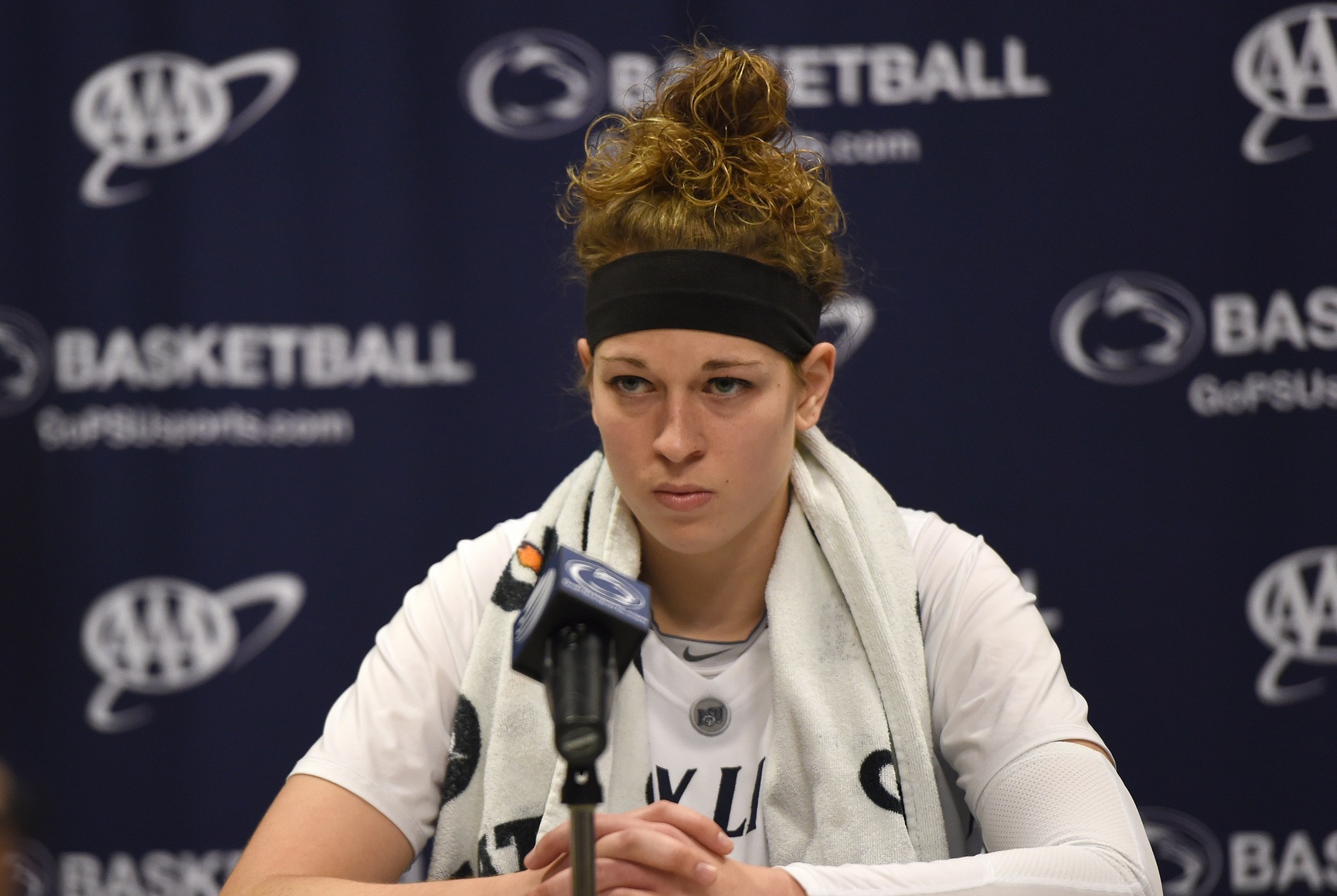 The Lady Lions fell to 1-1 after dropping a hard-fought second round women’s NIT game to the Albany Great Danes on Sunday afternoon 54-53.

Lindsey Spann led Penn State in scoring for the second consecutive game with 14, and Jenny DeGraaf added a career-high 12 points on 4-4 shooting from beyond the arc, including a triple that tied the game at 53 with under 90 seconds left before Sarah Royals made the game-winning free throw with 8.4 seconds remaining.

Albany was led by Shereesha Richards, who scored half the team’s points in a dominating 27-point, 14 rebound performance. Other notable performances included Tori Waldner adding 6 points, 9 rebounds, and 4 blocks for the Lady Lions and Imani Tate adding 6 points and 15 rebounds for Albany.

Outside of Richards’s 27 points, no Albany player scored more than 7 in the win. The game was tightly contested from start to finish, as there were 10 ties, 11 lead changes, and no lead larger than 6 points for either side in the second half. Candice Agee had a shot to give Penn State the win, but she found the back rim as time expired.

With the loss, Penn State will no longer have a game on Thursday night and will instead finish their involvement in the preseason WNIT against whoever loses the Western Kentucky-Colorado contest at home on Saturday night at 7 p.m.

Share via
Women\'s Basketball Loses to Albany in WNIT
https://onwardstate.com/2014/11/17/womens-basketball-loses-to-albany-in-wnit/
Follow @onwardstate
Send this to a friend