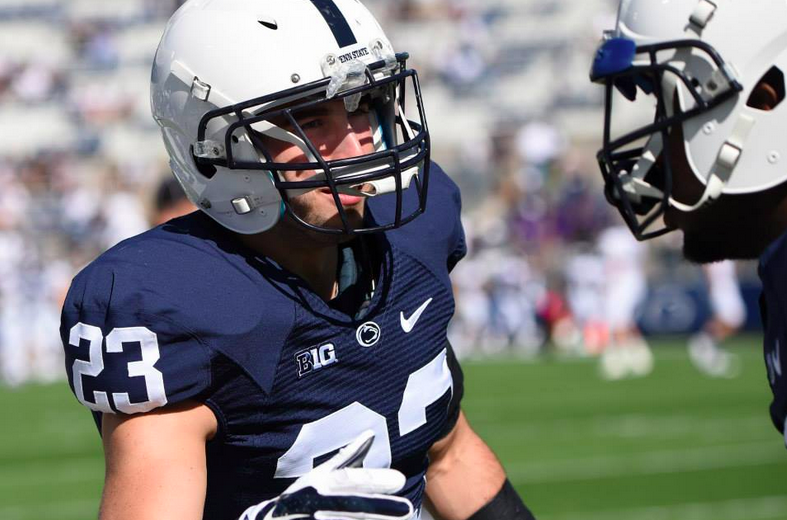 After spending three weeks in Hershey Medical Center due to complications from a rib and bowel injury suffered in practice, James Franklin said Tuesday safety Ryan Keiser is on his way back to State College.

The fifth-year senior suffered the injury on Oct. 23, the week before the Ohio State game, and was rushed to the hospital where he underwent multiple surgeries to fix a torn bowel, excessive internal bleeding, and fluid build-up in the lungs.

The former walk-on and Selinsgrove native has since been ruled out for the season, but that hasn’t kept him out of the thoughts of his coaches and teammates. Coach Franklin has repeated that he has been in constant contact with Keiser and his family over the last few weeks, and the coach and a few seniors visited Keiser in the hospital two weeks ago.

After the win over Indiana, the Nittany Lions gathered in the locker room and took a photo holding up a pair of No. 23 jerseys to send to their ailing teammate. Now, for the first time since suffering what Franklin called a “freaky injury,” Keiser can return to Happy Valley to join his teammates for the final stretch of the season.

“I’m just excited to have him back,” said offensive lineman Angelo Mangiro. “He’s a great guy and a great leader for us, and I’m just happy for him to be back, be around us now that his health is a lot better.”

Mangiro said he found out about Keiser’s return Monday night, and Franklin confirmed the news at his weekly Tuesday press conference.

“I know our players and everybody are going to be fired up about that,” Franklin said. “I know his family is excited, so it’s great to have him back home with us.”