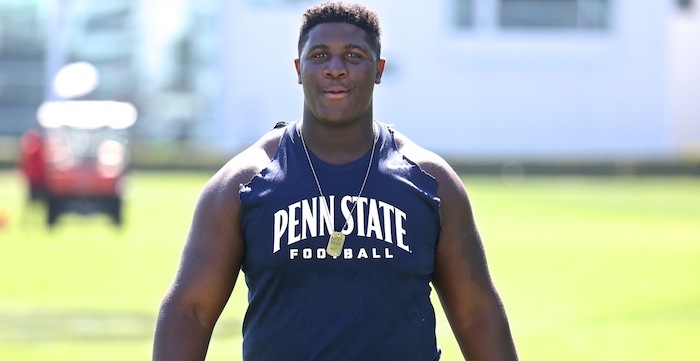 In a surprising move, four-star defensive tackle Adam McLean decommitted from Penn State tonight, becoming the second major recruit to jump ship from James Franklin’s Class of 2015 in about a month.

I want to say thank you to everyone in Happy Valley but I am Officially Decomitting from Penn state pic.twitter.com/uIeSr0iLtg

McLean is a 6-foot-2, 290-pound product of Bethesda, Maryland. He committed to Penn State in April, but lined up recruiting visits to southern schools in October, including Ole Miss and Tennessee. He recently received an offer from Texas, though its not known if that affected his decision. He also has offers from most of the heavy hitters in college football, including Alabama, Ohio State, Michigan State, and Georgia.

For what it’s worth, McLean seemed quite committed to Penn State during a skills camp in the summer: