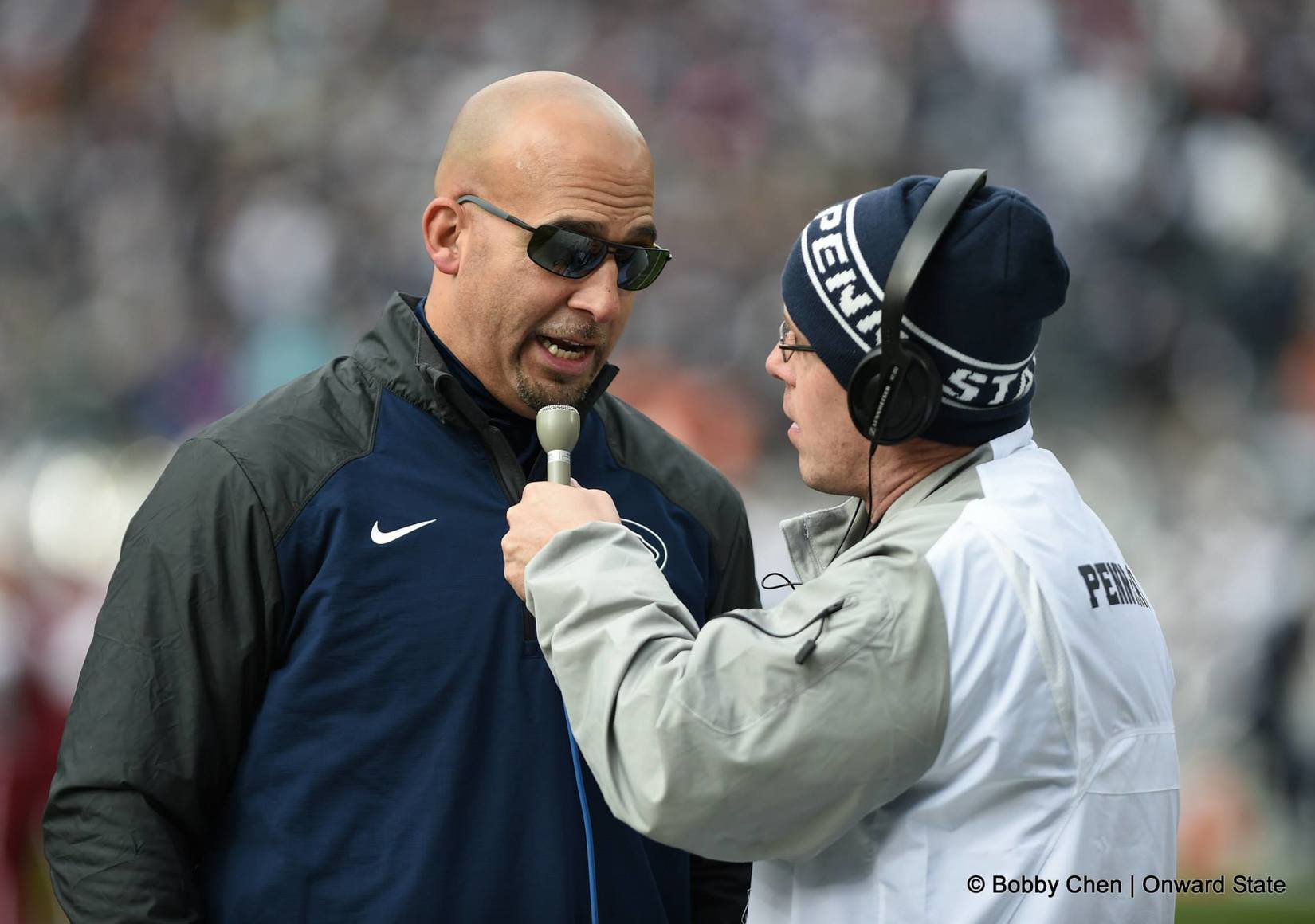 It’s Senior Day at Beaver Stadium, as Penn State hosts Michigan State in the Nittany Lions’ regular season finale. Penn State (6-5) enters following an embarrassing loss to Illinois last weekend. The No. 10 Spartans (9-2) have won two in a row, having scored over 35 points in its last six games.

Saturday’s game will feature one of the nation’s best defenses against a lethal offense. Penn State’s the only defense that ranks in the top five in rushing defense, total defense, pass efficiency, and scoring defense. Michigan State, meanwhile, has the country’s seventh-highest scoring offense, the best in the Big Ten.

17 Penn State seniors will be honored before the game, a group that has stayed with the Penn State program during some of its darkest times. It will also be the fourth annual Blue Out to raise child sexual abuse awareness.

Weather: It’s going to be cold, with temperatures hovering around freezing at kickoff. The late morning and early afternoon will be dry, but some flurries may come around gametime. The real feel will hover at 33 degrees most of the day.

Last Time they Met: The two teams haven’t battled for the Land Grant Trophy since 2010, when Michigan State stormed into Beaver Stadium and ruined the Nittany Lions’ regular season finale, 28-22. The Spartans were also ranked No. 10 at the time, and a Kirk Cousins-led team scored outlasted a 19-7 final quarter from Penn State to win by six. Matt McGloin threw for 312 yards.

Injuries: Franklin plays it very close to the collar with injuries, often refusing to say if a player will return and explaining that the decision is up to his doctors, not him. Linebacker Brandon Bell didn’t start last week, and was replaced by Jason Cabinda. Franklin suggested that he hopes Ryan Keiser will be on the field for Senior Day festivities.

Ben Berkman, David Abruzzese, and Mike Reisman will be in the box for Onward State. For updates from StateCollege.com, follow Ben Jones and Mike Poorman.

Getting Less Defenses About Close Losses

Five Things Nittany Lions Fans Can be Thankful For

Franklin Talks Hackenberg Struggles, but Really There is No Simple Solution