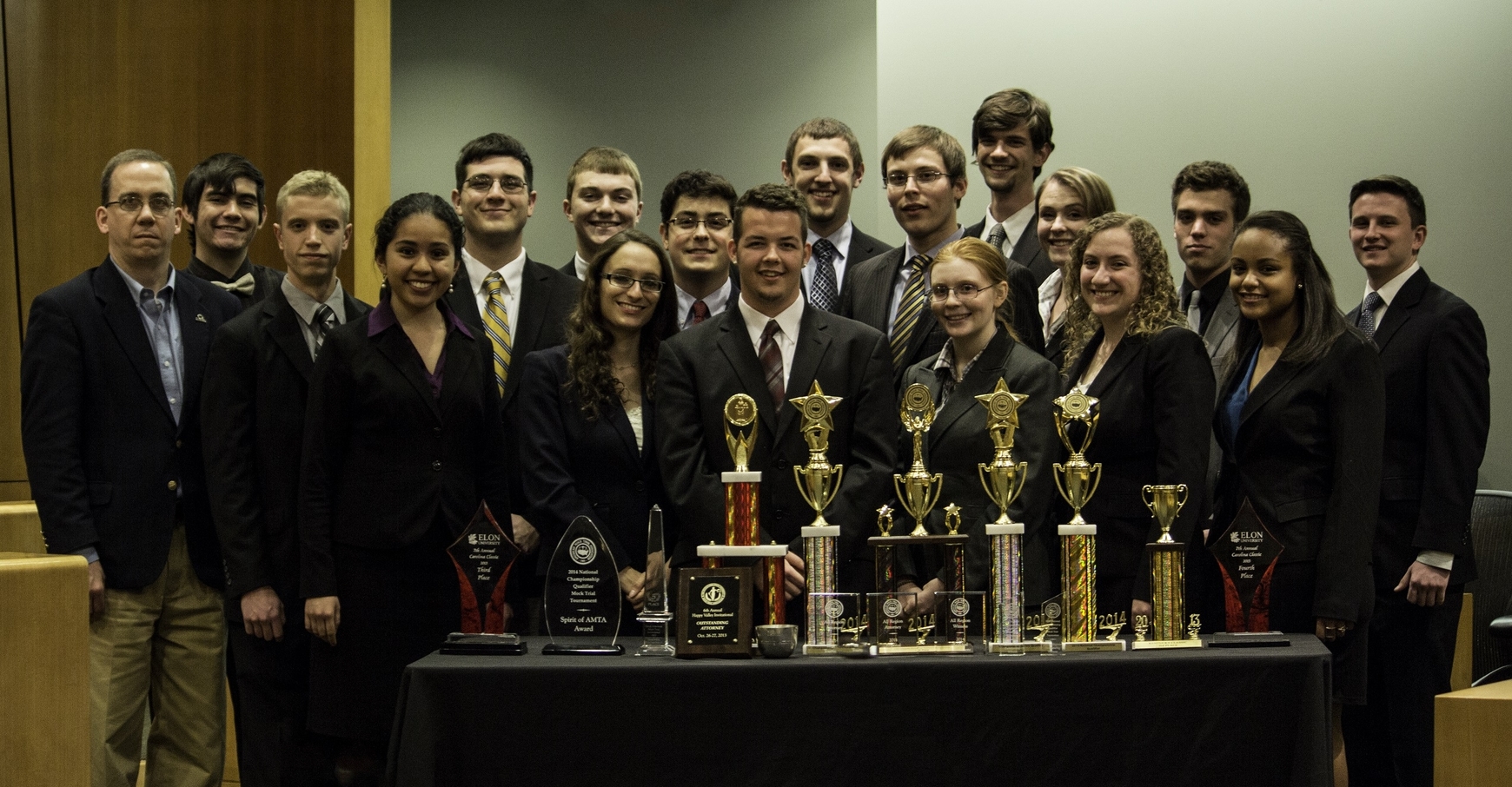 Most of you probably remember either being in or hearing about mock trial teams in high school — but you have never truly experienced mock trial until you’ve seen it at a collegiate level.

Celebrating its 20th anniversary this year, Penn State Mock Trial was founded in 1994 and has been student-run since its conception. President Ryan Krumholz said some collegiate mock trial teams have coaches or access to experts to help them in preparation for competitions, but the Penn State team does not have a coach. That means that the executive board has to take extra time to learn the law in question for the case and make a plan of attack for both the plaintiff and defendant sides.

“There’s really no way around it,” Krumholz said. “It’s a little tedious, but it’s necessary.”

This year’s case is a civil one involving an 11-year-old who accidentally shot another 11-year-old. Krumholz said the case is emotional, but the team must prepare itself to handle anything that happens at the trial. Though the defendant position is Krumholz’s specialty, he said the team members have to prepare for both sides so that they can effectively use their talents and be on their toes in the virtual courtroom. This case will be used throughout the entire season, including the national competition.

The mock trial team has competed in many competitions this semester, including the Great American Mock Trial Invitational in Washington, D.C. hosted by the University of Virginia, and two other competitions hosted by Duke and Yale Universities, respectively. The team didn’t do as well as it hoped, as it didn’t place in many of the competitions.

Despite this, the team has pushed forward and begun preparations for the three teams it will take to the American Mock Trial Association competition this spring. Regionals begin in February next year. Vice President Aaron Kreider explained that Penn State splits into three teams going into the regional competition with the hopes of two teams progressing, as two is the limit schools can have move on.

The team will decide who is on which of the three teams before the end of the year, and will then decide when and how to practice for the upcoming regional competition.

Penn State Mock Trial placed 10th in the national championship last year, a first-time top 10 placement in team history. This year, Krumholz said the team lost a few senior members from graduation, so it had to utilize and teach its younger members, many only sophomores, to be prepared for the competitions.

“When we are met with a situation like this, we are just more motivated for the next competition,” Kreider said. “We will start to choose the members for each team very strategically and will increase practice times.”

As someone watching on the outside, it may seem as though the team is rehearsing lines from a new play it just wrote, when in reality, it’s a script that is continually changing in preparation for the courtroom at Yale. All team members, as previously mentioned, have to prepare both a prosecution and defendant role for the competition. Some were prepared for both roles, while others had one role ready, but the other was a work in progress.

As the practice went on, Kreider gave advice to the team members as they went through their roles. While he may come off sassy, he handed out honest critiques to help his team for the weekend ahead:

“Stop sounding like an asshole,” he said to Hurley during her cross-examination practice.

“You are playing a dumbass cop,” he said to Riqueros for his witness character.

“For the love of God, do not make that motion,” he said to Riqueros for the same witness character.

“What is more important than mock trial? Literally, nothing,” he said to the team.

“No one is as obsessed with mock trial as I am,” he said to the team when talking about regionals, to which Colen responded, “Oh, I am. I’m just not as vocal about it as you are.”

The team brings the theatrics and intensity needed in the actual “courtroom” into the practice room anytime the members take their turn in practice. To give you an idea, Kandianis had to watch a video to get her into character before she practiced her opening statement as the defendant.

“What, are you going to cry?” Kreider said, skeptically.

“No, but it’ll get me angry!” Kandianis said, fast-forwarding the YouTube video she pulled up to the part she needed to watch.

The preparation technique was worth waiting for, as Kandianis walked to side of the room and took a deep breath.

“Ladies and gentlemen of the jury,” she started. “Not every tragedy has a villain.”

She continued on with her speech in a way that seemed as though she were practicing lines for an episode for “Law and Order.” She started out soft, but her voice grew with her passion and a hint of anger as she progressed. Some of the team referred to the script to go over lines, but Kandianis didn’t have to.

When Kandianis finished, Kreider praised her for her performance, saying it was “super good” and snapping in approval.

Then it was Kreider’s turn to present his closing argument speech for his prosecution role. His performance was equally emotional, detailing how the 11-year-old that was shot in the presented civil case would not be able to go through life’s big moments because of her death. While he didn’t move the crowd as much as Kandianis, he delivered the same amount of intensity and energy as his teammate.

Mock trial is half theatre and improvisational acting, while the other half is understanding the law. And this team does a fine job at both.