Women’s Volleyball Sweeps UCLA, Moves on to Elite Eight For a Wisconsin Rematch 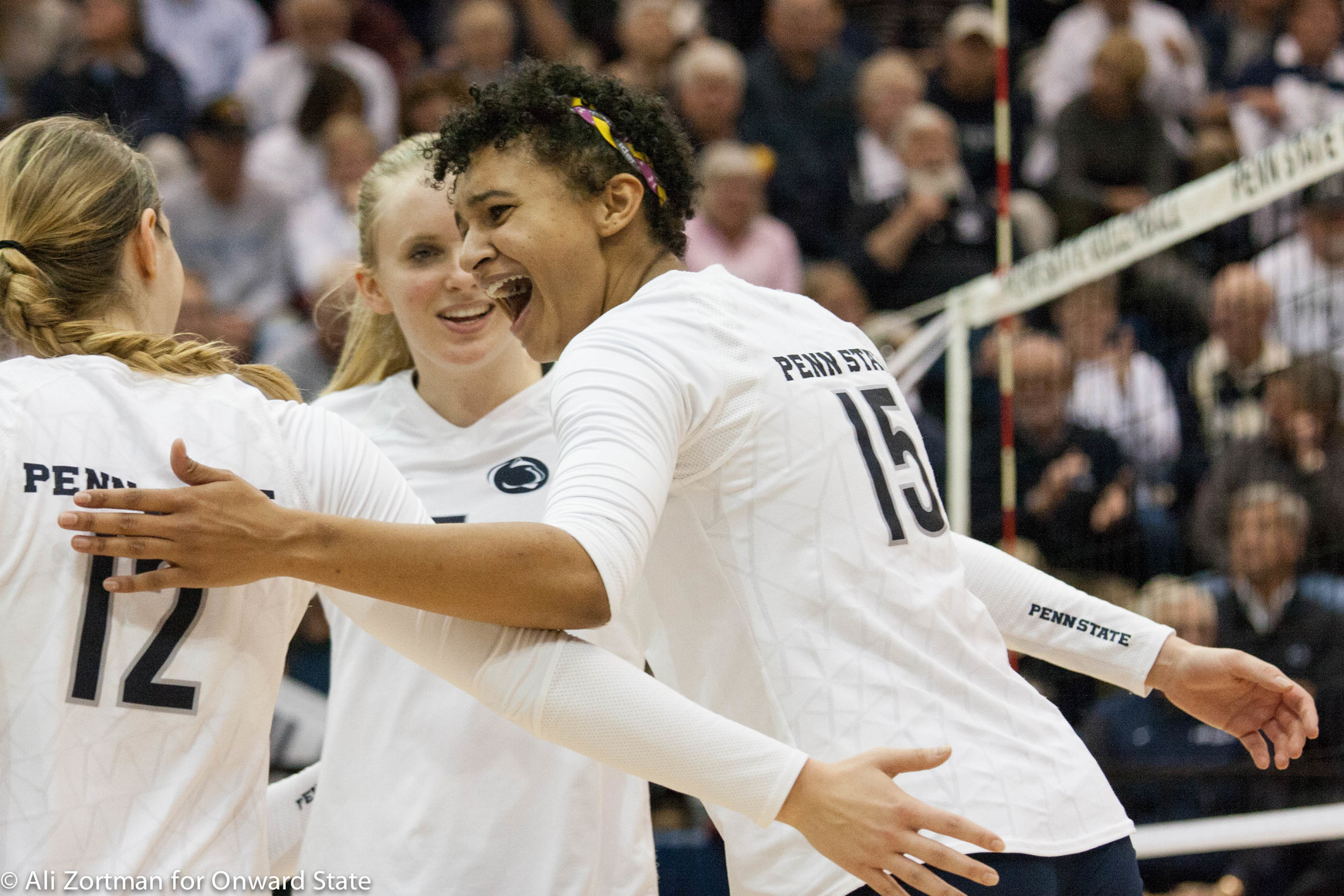 No. 5 Penn State Women’s Volleyball continued its tournament run after a sweep of the No. 12 UCLA Bruins in the NCAA Tournament’s third round Friday night. The Nittany Lions prevailed by a score of 28-26, 25-16, 25-19 and improved their overall season record to 32-3.

The two teams played earlier in the season, with Penn State winning 3-0 in California. Friday’s matchup saw more of the same, as the Nittany Lions claimed their 16th-straight sweep and 50th (!) set win in a row.

The sets’ scores were indicative of their competitiveness. The first was a back-and-forth affair that saw Penn State need five set points to close it out. The second and third sets both saw UCLA charge out to early leads, but long Penn State runs put them out of reach late.

Aiyana Whitney led the Nittany Lions with 13 kills on a .571 hitting percentage, while Haleigh Washington was right behind with 12 kills, hitting .526. UCLA’s Karsta Lowe had a match-high 22 kills, but didn’t have enough team support to pull out a win.

Before the match, Ohio State and No. 4 Wisconsin matched up in the other regional semifinal. Ohio State held a 2-1 lead after three sets, but Wisconsin stormed back to end up winning in five, setting the stage for a rematch of last year’s national championship.

Saturday night, No. 4 Wisconsin and No. 5 Penn State will play for a Final Four berth at 4 p.m.