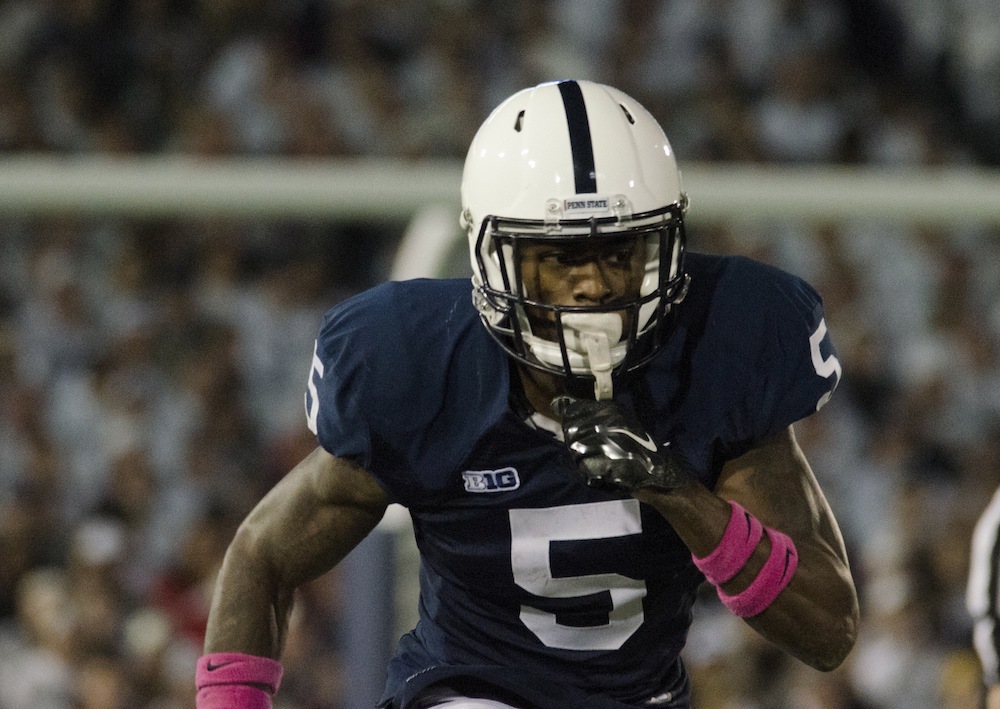 Hamilton, a redshirt freshman, led the conference with 75 receptions. He burst onto the radar during the season opener against UCF when he collected 11 catches for 165 yards. His 14 catches in a double-overtime loss to Ohio State were a career high, and good enough for Big Ten freshman of the week honors.

Nelson, also a redshirt freshman, started every game on Penn State’s inexperienced offensive line. He started 10 games at right tackle, then was forced to switch over to the left tackle position when Donovan Smith was injured.

When Ryan Keiser’s injury forced him into the hospital and off the field for the rest of the season, Allen took over at defensive back. He started Penn State’s final six games, and recorded 52 tackles, third best on the team.

Austrialian Pasquariello overtook the starting punting position from Chris Gulla early in the season. His 37.7 average and inconsistency were added reasons for concern on Penn State’s wobbly special teams, but he showed marked improvement as the year progressed.

“I think back on the very first punt that Pasquariello had to where he is now,” said special teams coordinator Charlie Huff at Penn State’s Pinstripe Bowl media day. “He’s made tremendous strides.”