Penn State Volleyball Headed To Championship With Win Over Stanford 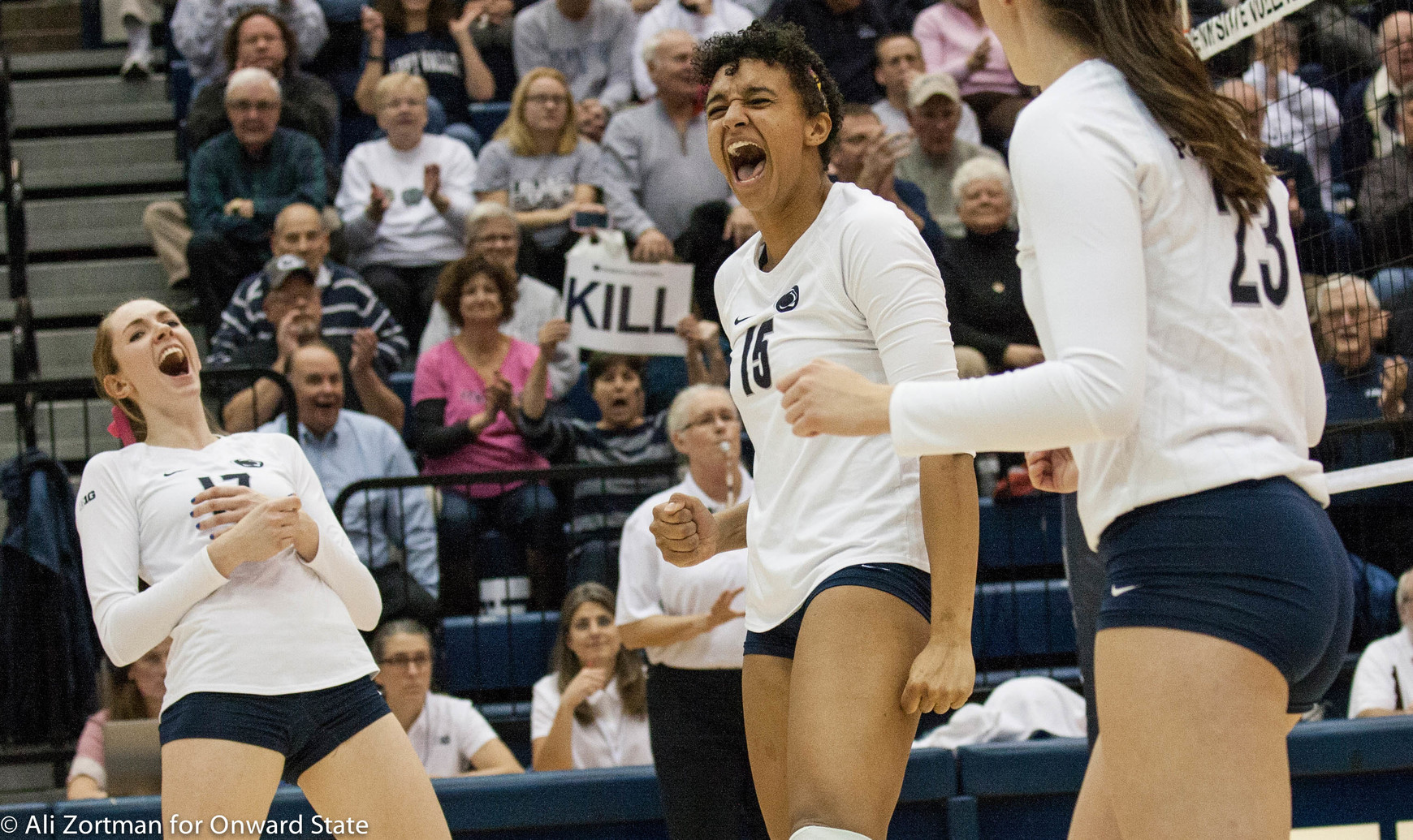 Stop me if this sounds familiar: The Penn State volleyball team is headed to the National Championship.

Courtney led the way for Penn State with a career high 23 kills. Big Ten Freshman of the Year Ali Frantti followed that up with 16 kills of her own.

The Lions jumped out to a hot start in the first set, cruising to a 25-16 victory as setter Micha Hancock paced the offense to a .471 hitting percentage. But in set two, Stanford worked its way back into the match as Penn State struggled from behind the service line. The Cardinal pushed the lead out to 21-14, but came back to tie the set at 22-22 behind the arm of Courtney, who seemed to kill everything she touched.

Stanford hung on for a 25-23 set win, with a couple of late kills from outside hitter Jordan Burgess.

Penn State snatched the momentum back in set three, taking a quick 5-1 lead. Stanford eventually regained the lead, but the Lions ripped off a 4-0 run late in the set to notch another victory.

With championship hopes on the line, Penn State closed out in set four with an all-hands-on-deck effort. Haleigh Washington ignited the Lions down the stretch with a kill to help tie the set 13-13, and was key later in the set to help Penn State build a lead.

As the Lions and Cardinal traded points late into the match, Washington delivered a crucial kill from the middle to give Penn State set point, and a Stanford error ended the match.

The Lions will be seeking their sixth title in eight years on Saturday on ESPN2 at 7:30 p.m. Penn State defeated Wisconsin in last season’s finale.

Share via
Penn State Volleyball Headed To Championship With Win Over Stanford
https://onwardstate.com/2014/12/19/penn-state-volleyball-headed-to-championship-with-win-over-stanford/
Follow @onwardstate
Send this to a friend