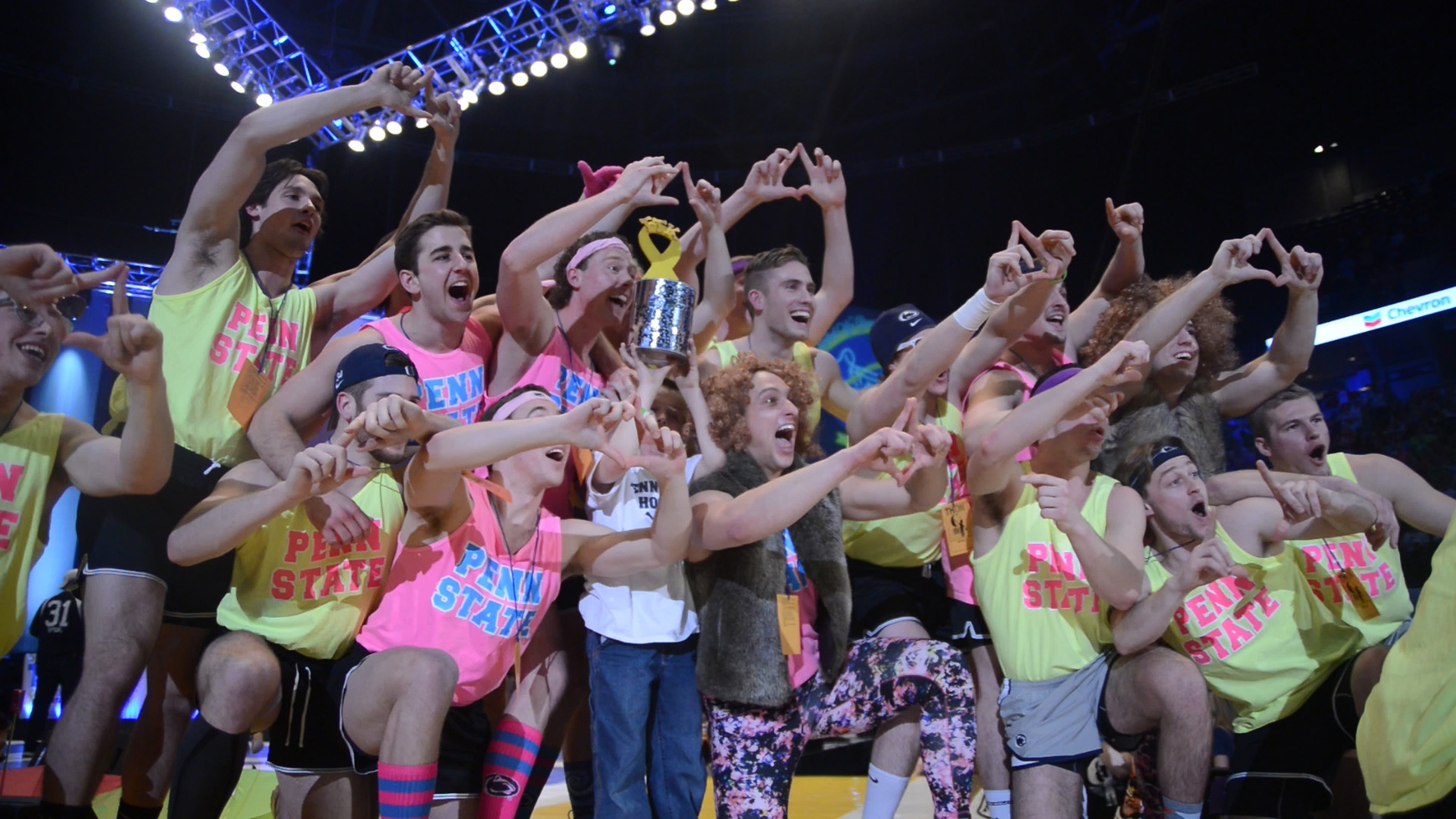 One of the most anticipated events at THON, the Pep Rally, did not disappoint. Thirteen teams participated and showed off their choreographed dances themed “Dances through the Decades.” The team that won in real life also holds the No. 1 spot on our list. Let’s see how hockey’s competition stacked up.

Sandy Barbour and P.J. Mullen’s “Thank You Tweets” were actually pretty good. Between “Chipotle: Just, thank you,” the thank you to Sam Ficken, and Barbour delivering what may have been the most energetic “We are” chants of the night, the little skit was a fun little precursor to the show.

There had to be at least one team with Rick Astley’s “Never Gonna Give You Up.” The fencing team looked the most like it was from the 70’s too, as it was decked out in colored pants, blazers, and big sunglasses. Fencing also gets bonus points for being the only coed team on this list. Unfortunately, only four teams were announced as semifinalists, but one has to think the fencing team was barely on the outside looking in.

James Franklin’s squad’s performance was one of the most innovative of the night. Starting off by getting down to “Staying Alive,” the team had a great thing going. Then, suddenly, dubstep came out of nowhere and it became every man for themselves. The individuals on the team all started doing their own thing, but they killed it. Pound-for-pound, the individuals on the football team were some of the most fun to watch of the night.

The first team on this list to wear short-shorts, the men’s soccer team sampled the line dance and had some of the best moves of the night. They spent the first song of the routine facing away from the stage to very loud cheers, if you catch my drift, then followed it up with tapdancing, kicklines, and plenty of lifting each other up. It was without a doubt the most romantic routine of any performers.

What did we expect? The gymnasts probably spent more time in the air than they did on the ground. Closing out the routine with a touching dance to “Hips Don’t Lie” made them a lock to place high. Judging by applause, the men’s gymnastics team was a lock for the second spot of the night.

Without a doubt, the hockey team is number one. Two hours after an overtime win against Minnesota, the men’s hockey team took the stage to the loudest cheers of the night wearing short-shorts and neon tank tops. With umbrellas that spelled “FTK,” a plethora of wigs, and a Lionettes-esque kickline, the men’s hockey team really brought it. It consistently had the loudest cheers of the event, start to finish. THON child Colton Buckley accepted the team’s trophy, and rightfully so — the team took home the crown.