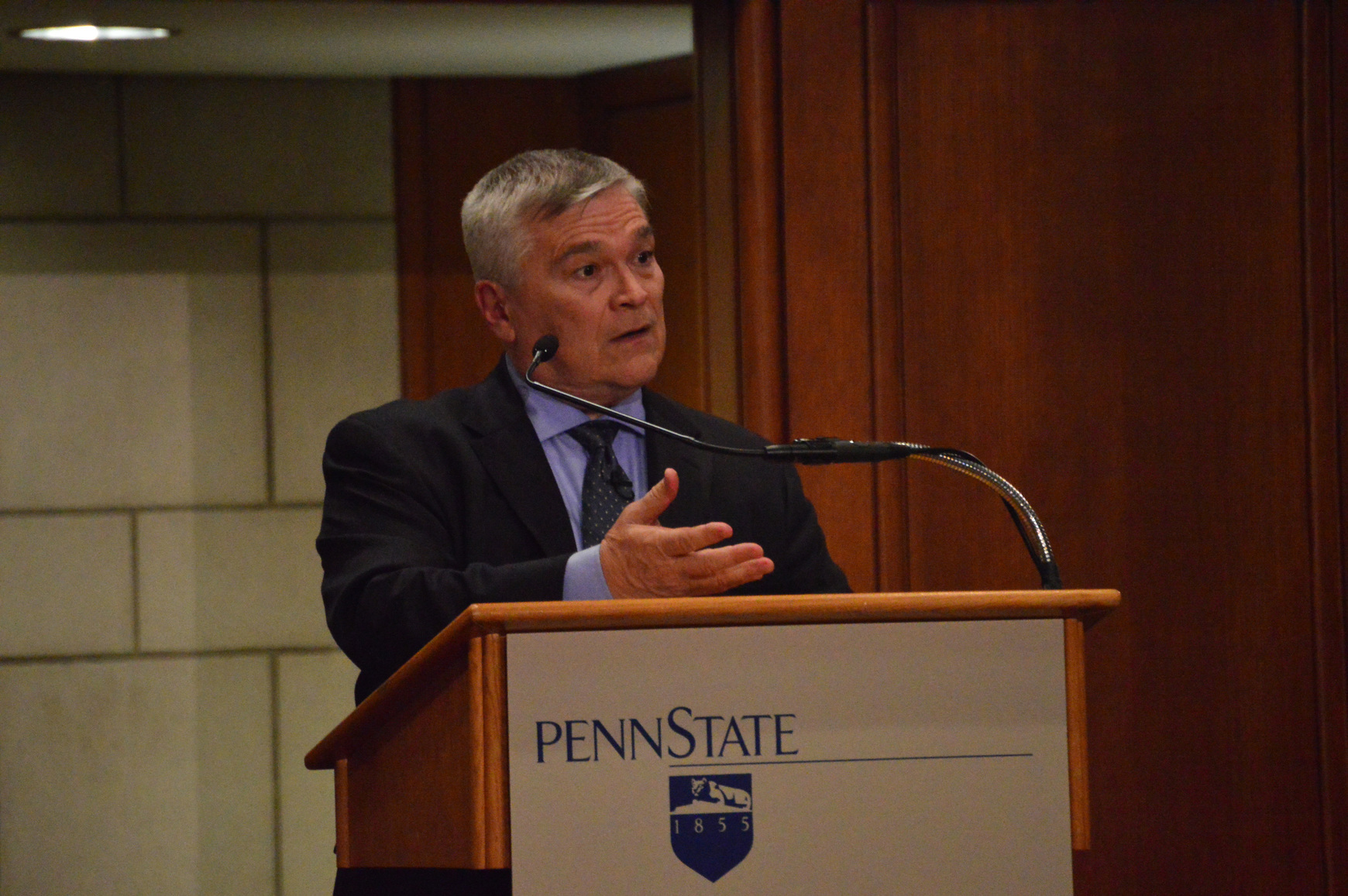 UPDATE (10:57 p.m): Penn State News released additional details regarding President Eric Barron’s testimony in the state Senate on Tuesday, in which he stated that the university would freeze tuition for in-state students on all campuses if Governor Tom Wolf’s proposed appropriation increase passes. Barron said that the university and state need to work together in order to ensure that higher education is affordable and accessible for Commonwealth residents.

“There’s no question that we already have a powerful story,” Barron said to state legislators Tuesday. “Penn State ranks in the top 20 U.S. universities in research productivity, and consistently tops $800 million in research expenditures annually. This year, we’re on our way to setting another record for applications for admission, and the caliber of the students exceeded every expectation. In addition, Penn State ranks as the single largest contributor to the state’s economy, generating more than $16 billion annually.”

Barron said that a “flat increase is basically a cut” when you consider the increased costs that come with inflation. He said that the university is hoping that the state will increase funding for the program during budget negotiations.

If Governor Tom Wolf’s budget is passed, increasing the state allocation to Penn State in the process, in-state students would reap the benefits of a tuition freeze as a result. President Eric Barron announced the planned freeze at a Pennsylvania State Senate Appropriations hearing on Tuesday, potentially paving the way for the university’s first tuition freeze since 1967, a whopping 48 years ago, according to the Philadelphia Inquirer.

As we reported on March 2, Wolf’s proposed budget includes a 23 percent raise in state funding for the university, increasing by about $49 million to a total of $263.7 million. The increase is part of a two-year plan that would fully restore state appropriations to the university as part of Wolf’s focus on emphasizing higher education on a governmental level.

“He has been running aggressive analyses to see what he can do to provide tuition relief as part of his overall access and affordability initiative,” Penn State spokesman Lawrence Lokman told the Inquirer. “…He is focused on this issue like a hawk, and his analyses continue.”

This comes just five days after the Penn State Board of Trustees passed a 3.89 percent increase to room and board costs for students. Governor Wolf’s ex officio representative on the board, John Hanger, was opposed to that increase, though Barron said at the meeting that he would provide financial relief to students through tuition if the state gave Penn State more than it requested in appropriations.

The board’s Committee on Finance, Business & Capital Planning voted on Thursday in favor of urging Barron to enact a tuition freeze. Political negotiations on the budget will continue as the state approaches a July 1 deadline to enact the budget for the coming fiscal year, meaning that it could be months before Penn State has a clear answer on how much state funding the university will receive.