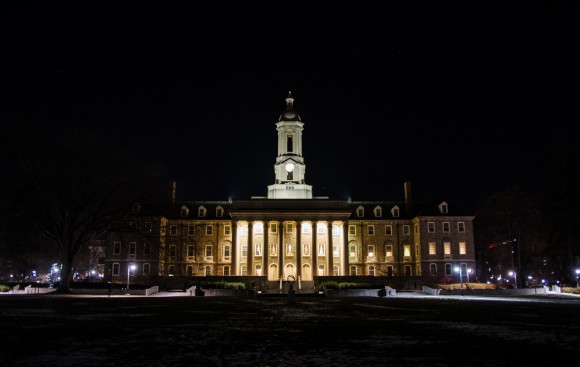 The university is bringing back an old tradition with a candlelight vigil to honor students who passed away in the last year. Penn State Night of Remembrance will take place this Sunday at 7 p.m. on the steps of Old Main.

A cappella group Shades of Blue will perform, and the Old Main bell will toll one time for each of the nine who passed away after students have a chance to talk about them, UPUA representative Alex Shockley said. Moussa Abdoul, Richard Bilger, Peter Breen, Darren Stafford, Joshua Mejia, Eva O’Brian, Elizabeth Smeltzer, Tuan Vi Ma, and Jack Crean will all be honored at the vigil.

The Pasquerilla Spiritual Center and the Student and Family Services of the Office of Student Affairs worked together to hold similar ceremonies in the past. However, the annual service was stopped in 2008 due to a lack of attendance and logistical complications, according to the UPUA legislation.

After discussion with Pasquerilla Spiritual Center Director Robert Smith and Joseph Puzycki, Assistant Vice President for Student Affairs, the UPUA voted to reinstate the annual memorial service with Bill 13-09. Penn State Night of Remembrance will occur annually in conjunction with the university on the steps of Old Main at dusk on the Sunday night before the end of the spring semester.

“For those we lost along the way. Nittany Lions Forever.”

Share via
Penn State Night Of Remembrance Vigil To Honor Nine Students
https://onwardstate.com/2015/04/22/night-of-remembrance-vigil-to-honor-nine-students/
Follow @onwardstate
Send this to a friend