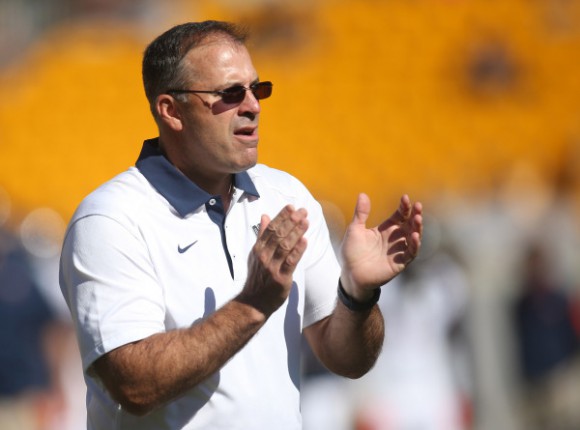 The Pitt-Penn State rivalry is the premier football rivalry in the state of Pennsylvania — that will never change. But earlier today, Pitt Head Coach Pat Narduzzi voiced his opinion on the highly-debated case of embattled Penn State Offensive Coordinator John Donovan, throwing some subliminal shade his way in the process.

“You could have a talented quarterback with a bad play caller and make him look bad,” Narduzzi said. “You see that around the country, some closer than others.”

Instead of the usual rivalry jargin, Narduzzi seemed to side with the majority of Penn State fans who believe that Christian Hackenberg’s development is being hindered by the man calling the shots — something that might not sit too well with Head Coach James Franklin.

Last week, Donovan had a chance to justify his decision making and amend his tattered reputation among the program’s loyal fanbase in a rare media appearance. Instead of doing that, he proceeded to dance around questions, failing to divulge into his decision-making or pinpoint any solutions to his offense’s apparent woes.

It’s interesting to see Narduzzi, who is currently in his first year manning the helm at Pitt, take such a strong stance regarding a heated topic of discussion.

Just some added fuel to the fire ahead of the in-state clash between the Pennsylvania rivals in 2016.