A First Look At The Updated Findlay Commons 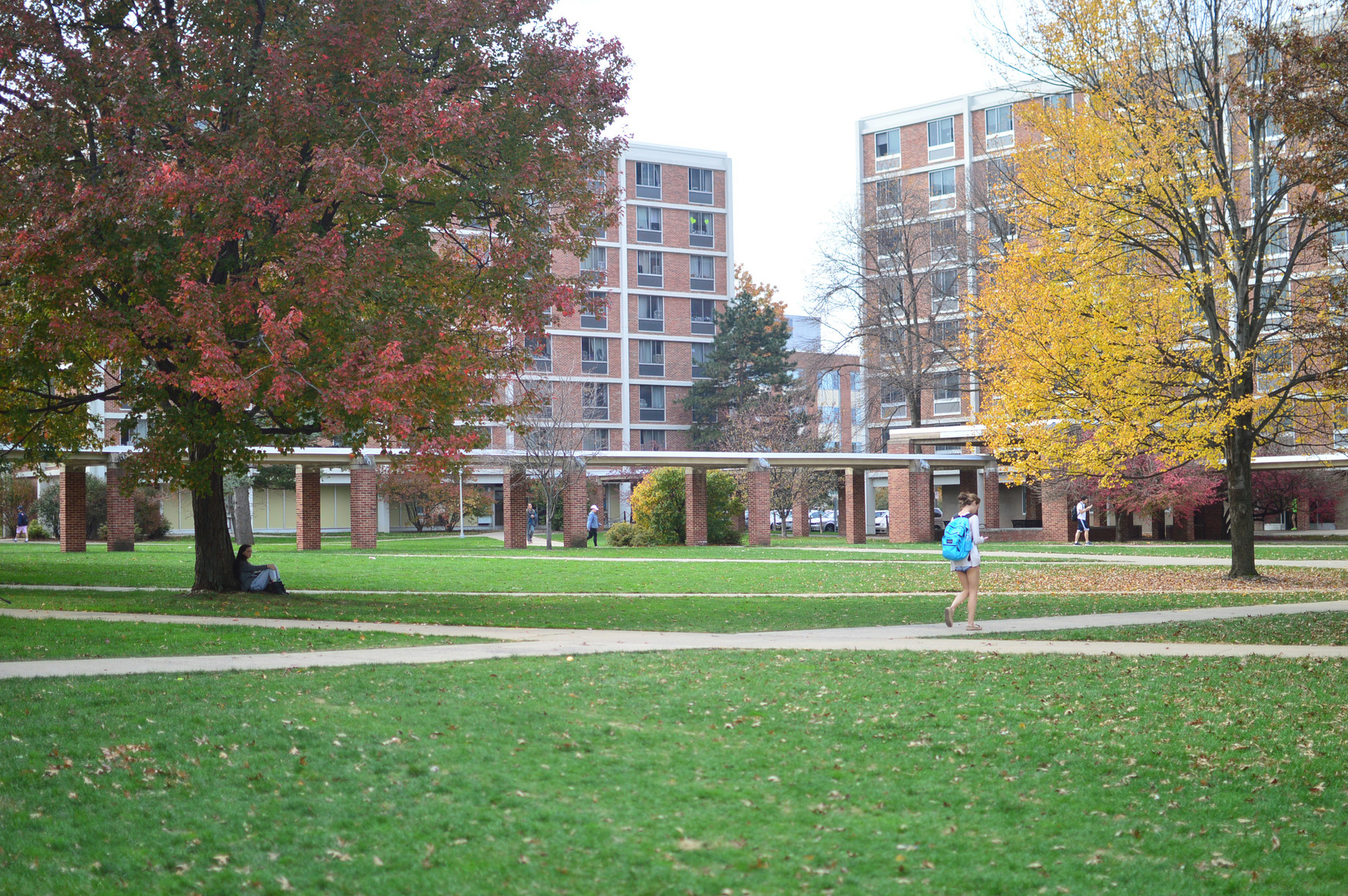 Those in East are undoubtably frustrated their favorite dining areas are closed, but big changes are underway for the better. The project will be completed in phases, and the bulk of the work will take place over the summer. Because of the size of the project, not everything will be completed for fall semester, however, there will be enough seating and à la carte-oriented spots between the two floors that the commons will be able to operate normally for the incoming class.

The construction will render Findlay completely out of commission during the summer session. The buffets, Good 2 Go, and the new convenience store Market East will still be under construction in the fall, but everything else will be complete and open for Fall 2016. Some of the new additions include a new seating area on the ground floor, Flipps, a burger and omelets station, and Edge, an espresso coffee bar. On the second floor there will be à la carte sushi, salad, pasta, pizza, international cuisine, a deli, and Pure, an allergy and gluten-free dining area.

Here’s the first public look at the schematics: Part of Findlay Commons will be finished by August 1 and the rest of the building should be completed by December 1. The plans will be finalized by the Board of Trustees at the end of this week.

The seating areas and private dining rooms, which student organizations can reserve, will be available 24/7, and the study space will be tripled even after food service closes. It will be a similar concept to the way Redifer Commons is set up.

The Big Onion will become all seating area, bumping the seating from 75 seats to approximately 275. The stage will remain intact but will relocate to the kitchen area of the Big Onion, with 3 70-inch TVs. But no worries, students will still be able to get the Big Onion’s famous pizza upstairs.

What used to be a bookstore will be the new Flipps. There will be a major retail operation on the ground floor which will serve breakfast until 4 p.m. and lunch from noon until midnight. “It will have a Big Onion feel going into the late-night,” Assistant Manager Nicolas Savereno said. “It will be open even later than Roxy’s Late Night is now, which is only open until 10:30 p.m.”

The fresh ground burgers that are sold in Roxy’s will be served at Flipps, and the sub shop that was recently added to the Big Onion will be morphed into one with paninis, hot subs, and cold subs on the second floor.

Finals week will be the last time students can access the Big Onion before it closes.

“There’s going to be more of an emphasis on preparing your food as you want it,” Savereno said. “The all-you-can-eat will still be an option, but there will be more space for made-to-order food choices. We are going to keep it simple to start just so students can get the food quickly, and then once the staff is trained and the kids are ready for new things we will slowly introduce new menu items.”

The convenience store Good 2 Go will be relocated to the glass window study room next to ResComm until the Convenience Store is ready to open. ResComm, as well as the DDR machines, will stay where they are.

“One of the big benefits of the remodel is that it increases the accessibility for the students,” Savereno said. “We are really excited about this, and it’s all for the kids.”

Eventually, the entire orientation of the building will change. What is now the exit of Findlay Commons will be the main entrance. It is positioned on the north side of the building to coincide with the new residence hall that’s coming to East. This will create a new courtyard between the north entrance to Findlay and Park Avenue.

Here’s what the new building orientation will look like:

After the remodeling, the incoming freshmen will have brand new facilities with longer hours, more food choices, and larger study spaces. Claire is a freshman broadcast journalism major and writer for Onward State. She enjoys reading, running, and a good cup of tea. She's from Emmaus, Pennsylvania and is a dual citizen. (Go Ireland!) You can contact her via email at claire@onwardstate.com or on Twitter @claire_going.

“A lot of the guys have questions on how to do the things that their moms or girlfriends did for them in high school, whether it’s laundry or cooking, and I’m here to help them out with that,” Fisher said. “But I’m also a quality wingman.”

Share via
A First Look At The Updated Findlay Commons
https://onwardstate.com/2016/02/24/a-first-look-at-the-updated-findlay-commons/
Follow @onwardstate
Send this to a friend