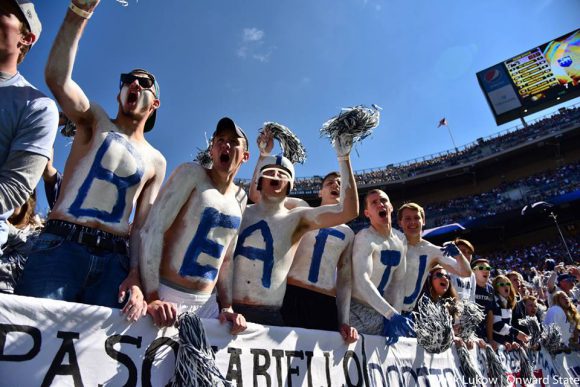 For fans and Penn State players, the atmosphere in Beaver Stadium on game day is electric and contagious. For opposing players, it’s just scary.

ESPN released a poll in which Big Ten players voted Beaver Stadium the toughest place to play in the Big Ten. Of the 13 players who voted, six cast their tally for Beaver Stadium, citing the energy and the sheer volume of 107k people hoping you fail.

Most players commented on just how loud all those fans can get — anyone who’s been to a game can attest to the fact that the ear-shattering decibels rock the stadium to its core. Just imagine being at the center of all that energy, and worse, being the bad guy.

“I remember I had my hand in the dirt when we were near the student section, and I could feel the ground shaking,” one player said.

The only other school to receive a significant number of votes was Nebraska, earning five for its “friendly” atmosphere. The opposite of Penn State fans, players commented on the intimidation of Nebraska’s apparent welcoming embrace and kind attitude.

Not in our house.

“We played them in a day game, and it was real electric,” another player said of Penn State. “I can’t imagine a night game there.”

“The atmosphere in that place is ridiculous,” a third added.

With only 36 days until kick-off, get hype to shake the cleats of the Big Ten and anyone else who comes into Beaver Stadium. If this poll didn’t inspire you, the latest hype video might. 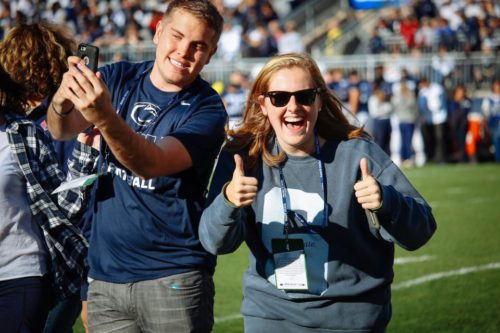 Share via
Players Dub Beaver Stadium The Toughest Place To Play In The Big Ten
https://onwardstate.com/2016/07/29/players-dub-beaver-stadium-the-toughest-place-to-play-in-the-big-ten/
Follow @onwardstate
Send this to a friend