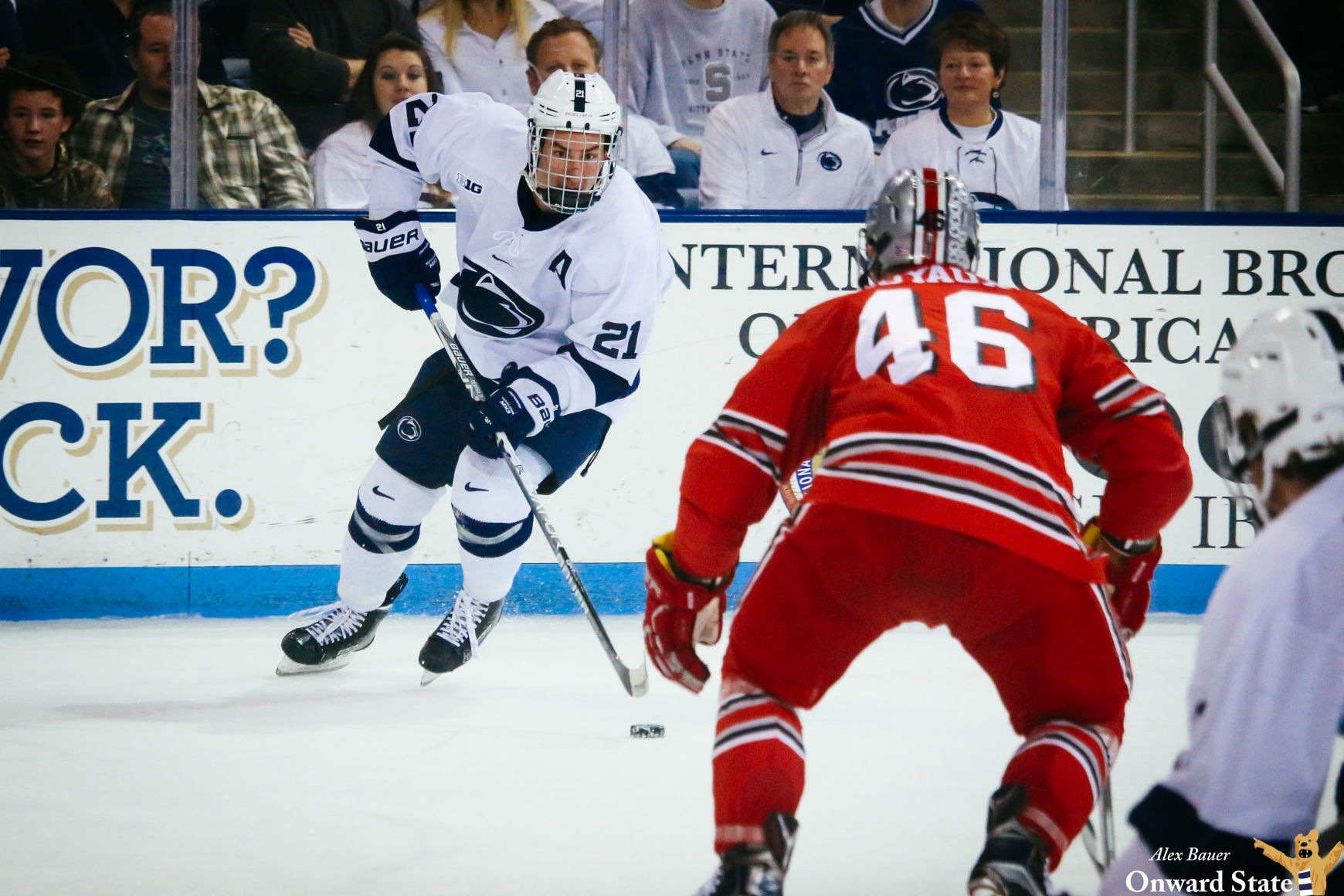 The first period featured fairly even play as no one was able to put a strangle hold on the game. It seemed as if neither team had woken up following their bout the previous evening. Penn State opened the scoring at the 2:38 minute mark when defenseman David Thompson painted the top corner of the net with a filthy wrister from the point.

In similar fashion to last night, No. 11 Ohio State (12-4-6, 3-2-1-1 B1G) answered right back to even the score at 1-1 with seven minutes remaining in the period. Ohio State’s John Witala cashed in on a breakaway opportunity created by a sloppy pass in the offensive zone that skipped over the out stretched stick of a Nittany Lion defenseman. Ohio State took a 2-1 lead as Mason Jobst slotted home a five-hole power play goal at 18:20 of the first. At the end of one, Ohio State led 2-1. Shot totals were 10-8, with Penn State holding a slight advantage.

Penn State’s sluggish start carried over into the second period, as Dakota Joshua gave Ohio State a 3-1 lead just 18 seconds in. The Nittany Lions countered with a goal of their own, as Kris Myllari went bar down with a snipe followed by a massive celebration at the 7:17 minute mark. Penn State was awarded a five minute power play following a cheap hit on Denis Smirnov. The Nittany Lions created several great scoring chances, however they were unable to capitalize on any of them. Penn State tied the game with 24 seconds left in the period, as Andrew Sturtz joined the bar down social with an insane shot from a near impossible angle. At the end of two, the score was tied 3-3 with Penn State leading in shots 30-17.

Ohio State took advantage of a defensive breakdown by Penn State and took a 4-3 lead just 40 seconds into the period. Less than a minute later, Ohio State scored again to extend its lead to 5-3. Luke Stork lobbed the puck in the air from center ice, however due to a miscue by Penn State’s goalie Peyton Jones, the puck ended up in the back of the net. Buckeye forward Christian Lampasso tallied late in the period to end the scoring at 6-3.

Penn State will matchup against Princeton at the Wells Fargo Center in Philadelphia next Saturday as part of the Philadelphia College Hockey Faceoff.

Matt is a junior Journalism major with a business minor from the great state of Massachusetts. He will be moving into a new apartment soon to make room for his fifth Lombardy trophy. His extremely unbiased top five athletes of all time include Tom Brady, Isaiah Thomas, Andrew Benintendi, David Pastrnak, and Diego Fagundez. If you really hate yourself, you can follow him @whitecastle22 or email him at [email protected] 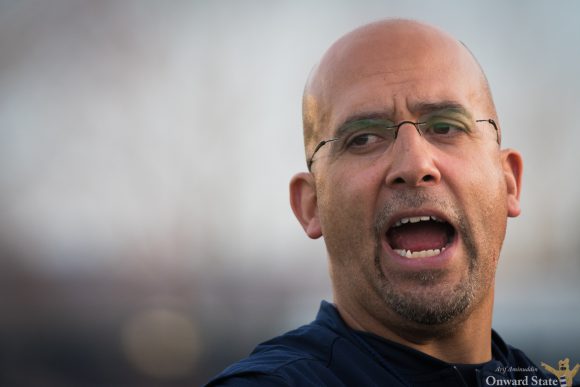 James Franklin touched on a number of topics after Tuesday evening’s practice. Most notably, Penn State’s head man opined on his team’s depth, along with comments regarding his brand new contract extension.