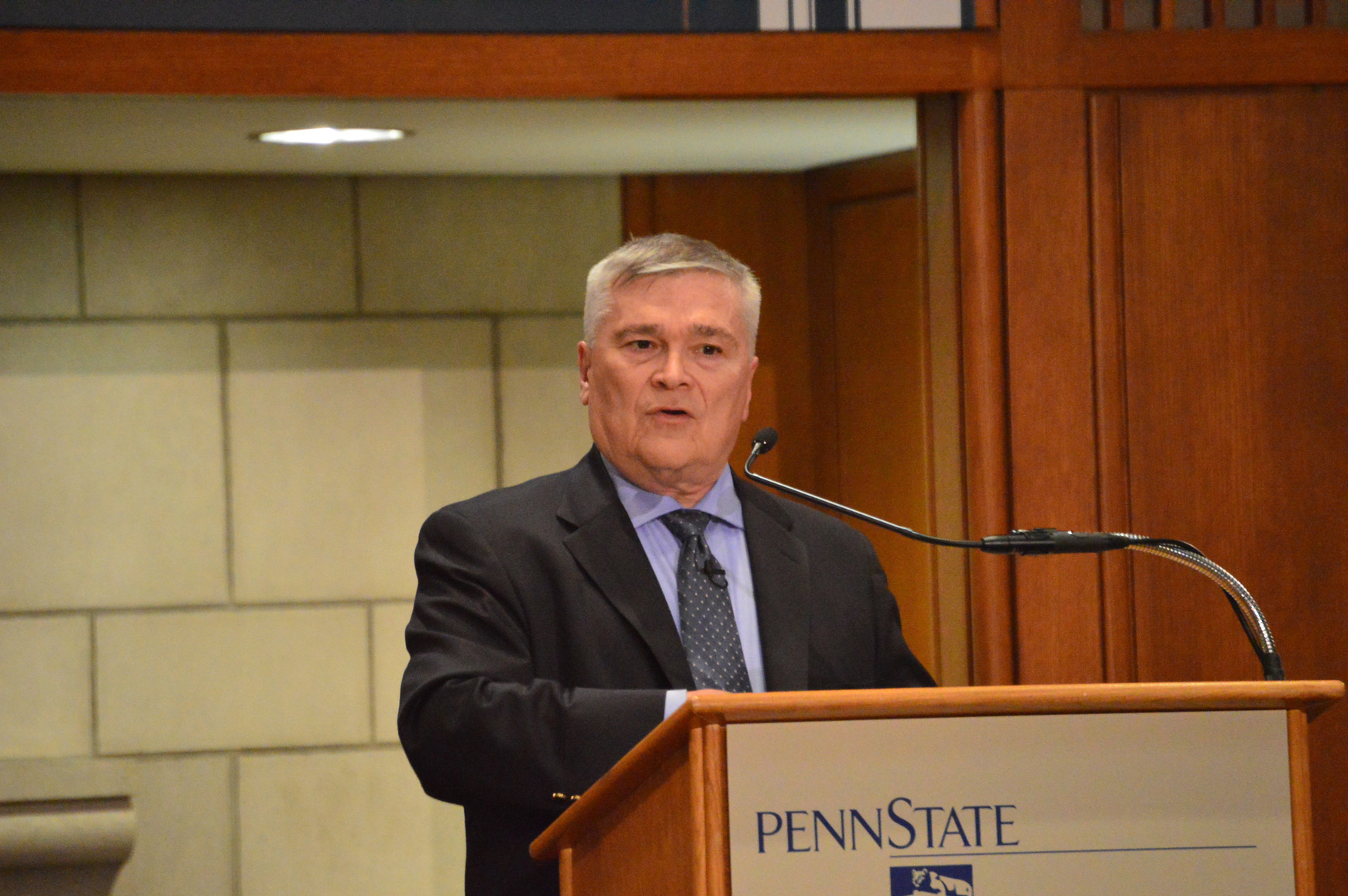 President Eric Barron released a statement this afternoon in light of U.S. President Donald Trump’s executive order suspending individuals from certain countries — specifically citizens of Iraq, Syria, Iran, Sudan, Libya, Somalia and Yemen — from entering or returning to the United States. In the statement, Barron announced that Penn State is joining the Association of American Universities in asking the executive order be removed as soon as possible.

Barron referenced a statement from the AAU, which stresses the impact of the executive order on students and universities who need to travel home or return to the United States for their education or research. The AAU also asks that more information be made available regarding what the order means for America’s educational institutions.

“We also urge the Administration, as soon as possible, to make clear to the world that the United States continues to welcome the most talented individuals from all countries to study, teach, and carry out research and scholarship at our universities,” the AAU statement reads. “It is vital to our economy and the national interest that we continue to attract the best students, scientists, engineers, and scholars.”

Barron echoed the AAU statement and highlighted a dedication to Penn Staters as more becomes clear about what the order means for students, researchers, and others.

“Reports suggest that enforcement of the executive order is already stranding students and affecting U.S. institutions of higher education,” Barron said in the statement. “We are monitoring developments closely to ensure that we fully understand how this executive order and any future orders may affect Penn State, including the implications for our many students, researchers and faculty who are citizens of other countries.”

Though no Penn State students or other scholars from any of the impacted countries are currently studying or otherwise traveling abroad, but the severity of the order could change and students could be impacted in the future as they attempt to travel or return home. This is especially concerning with the approach of spring break.

“We are sharing this message broadly because these recent developments affect not only our international students and faculty, but also every one of us,” Barron’s statement reads. “If a friend or colleague reaches out to you for information or support, you should be aware of what is happening and how your University is addressing issues and challenges as they arise.”

President Barron also offered two pieces of advice for international students, faculty, staff and scholars. Barron recommended that these individuals always carry any immigration documents with them when traveling and urged any non-U.S. citizen and their family to refrain from leaving the country to the extent possible until there is more clarity.