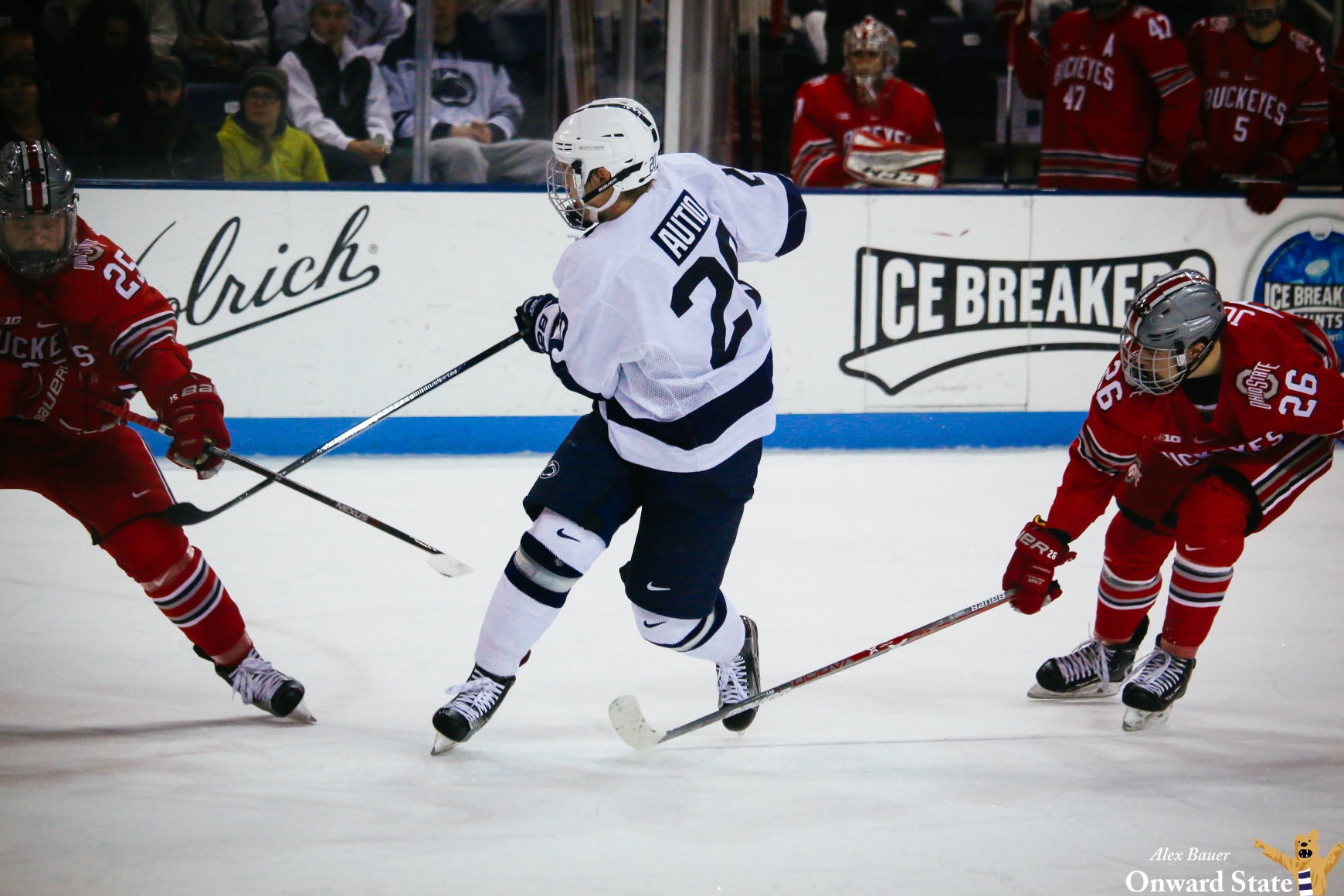 Penn State men’s hockey announced the team’s captains for the 2017-18 season on Tuesday via Snapchat. Senior winger James Robinson will wear the “C” and serve as team captain, with center Chase Berger and defenseman Erik Autio serving as alternate captains.

Robinson, who served as an alternate captain last season, scored three goals and one assist as a junior during the 2016-17 season.

He takes over captain duties from David Goodwin, who graduated last year and now plays professionally in Finland.

Throughout his career, the Canadian has mostly played as a bottom-six forward, with his physicality and defensive skills among his best assets.

Berger, a junior, was one of Penn State’s leading scorers last season, scoring 13 goals and 23 assists (36 points) in 39 games. He scored twice in the Nittany Lions’ first-ever NCAA Tournament appearance, including the game-winning goal in his team’s 10-3 victory over Union.

He ended last season on the second line, flanked by Andrew Sturtz and Brandon Biro, and he was invited to attend the Pittsburgh Penguins’ development camp over the summer.

His signature moment of last season came in double-overtime against Minnesota, when he scored the game-winning goal off a cross-crease pass from Denis Smirnov to send Penn State to its first-ever Big Ten Championship game.

Guy Gadowsky’s squad returns to Pegula Ice Arena on October 1 with an exhibition game against the University of Ottawa. The team opens its regular season in upstate New York against Clarkson on October 6.