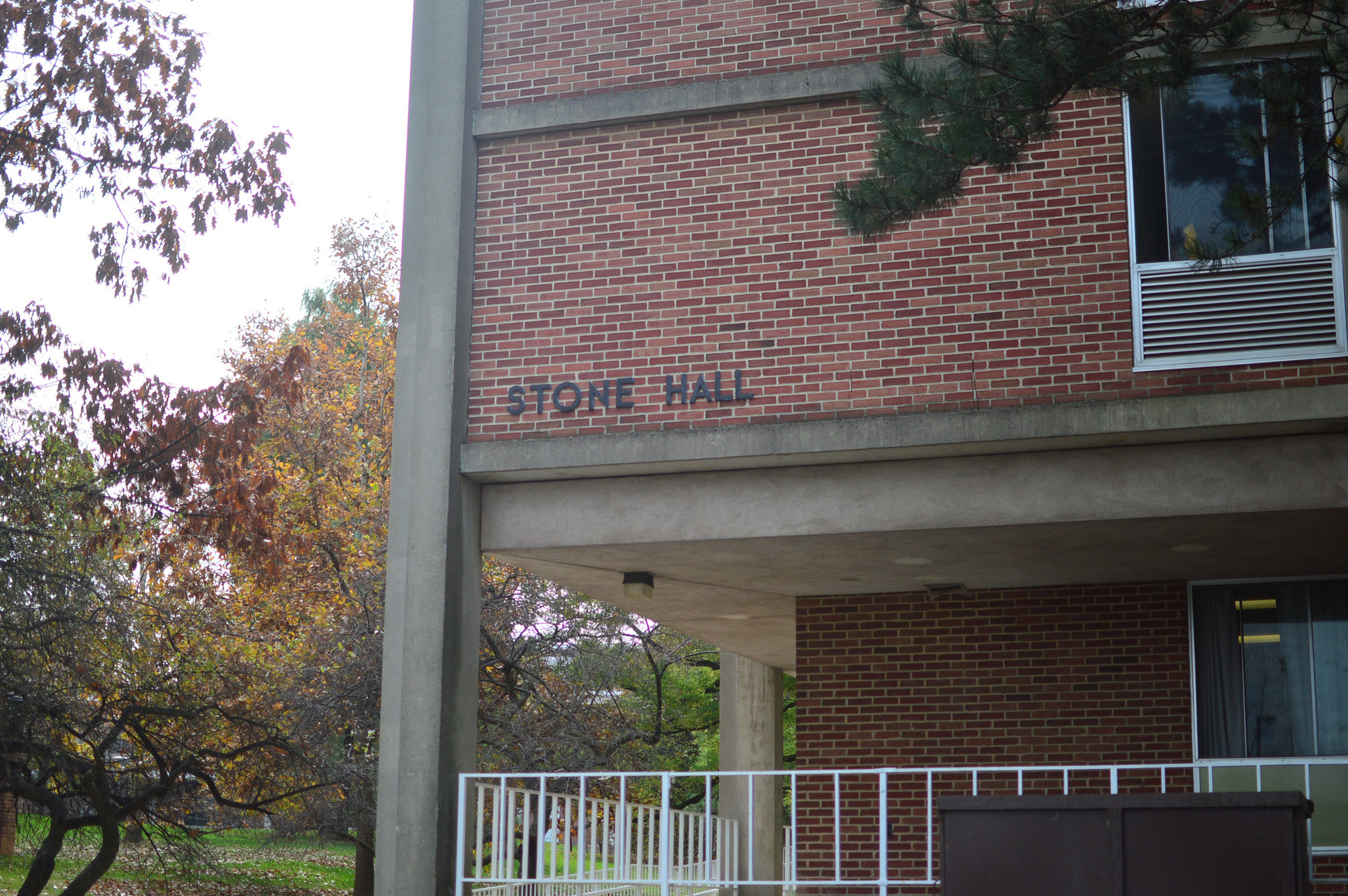 University Police on Sunday were called to Stone Hall, where two residents said money had been stolen from their rooms and identified Edgar R. Mauge, 19, of Andover, Mass., as the suspect, according to a criminal complaint.

A female resident reportedly said she encountered Mauge wandering the hallway at about 1 a.m. on Sunday and that Mauge said he was looking for a binder clip. She told Mauge he could go into her room and take one from on top of her desk, and he did so without her present, police said.

Around the same time, Mauge entered another dorm room and was confronted by the resident, who said Mauge was there without his permission, according to the complaint. Mauge told the resident that he was looking for a cup and left after the resident gave him one, police said.

At about 10 a.m. on Sunday, the female resident “spoke with other residents about Mauge’s odd behavior,” and was told “Mauge had ‘flashed cash’ and talked about stealing money,” according to the complaint. She then checked a jar on her desk, near where the binder clips were located, and found $50 was missing, police said.

She spoke with the male resident, who checked his belongings and reportedly discovered $250 was missing from his wallet.

A witness told police that she encountered Mauge at about 1 a.m. in the hallway and that Mauge allegedly asked if a third resident was home, “Cause I’m trying to steal [his] money.” Mauge then allegedly displayed a wad of cash bound by a binder clip.

A second witness said Mauge “talked about stealing money, wanting to take [the third resident’s] money, and sorted through cash held together by a binder clip,” according to the complaint.

The third resident told police that nothing had been stolen from him. His roommate, however, reportedly told police that Mauge entered their room twice without permission, about 30 minutes apart.

Mauge is charged with three felony counts each of burglary and criminal trespass and two misdemeanor counts each of theft by unlawful taking and receiving stolen property.

He was arraigned on Monday night before District Judge Steven Lachman. Mauge was unable to post $25,000 straight bail and was placed in the Centre County Correctional Facility.

A preliminary hearing is scheduled for Feb. 7.

Owner Bernd Brandstatter announced in March that restaurant would be closing between June and August, but the final day of business has been moved up.