For the past 11 years, Go Go Gadjet has performed during THON to pump up the crowd before the big reveal. As always, they electrified the BJC and brought energy to dancers and spectators alike as 46 hours of dancing came to a close.

After an emotional family hour, Go Go Gadjet got started with an EDM mix and an “F-T-K” chant before launching into “Look At Me Now” by Chris Brown feat. Lil Wayne & Busta Rhymes. They kept the pace upbeat with “I’m All The Way Up” by Fat Joe and Remy Ma. Next, Go Go Gadjet changed genres with “Wannabe” by the Spice Girls followed by “Jump” by Van Halen. 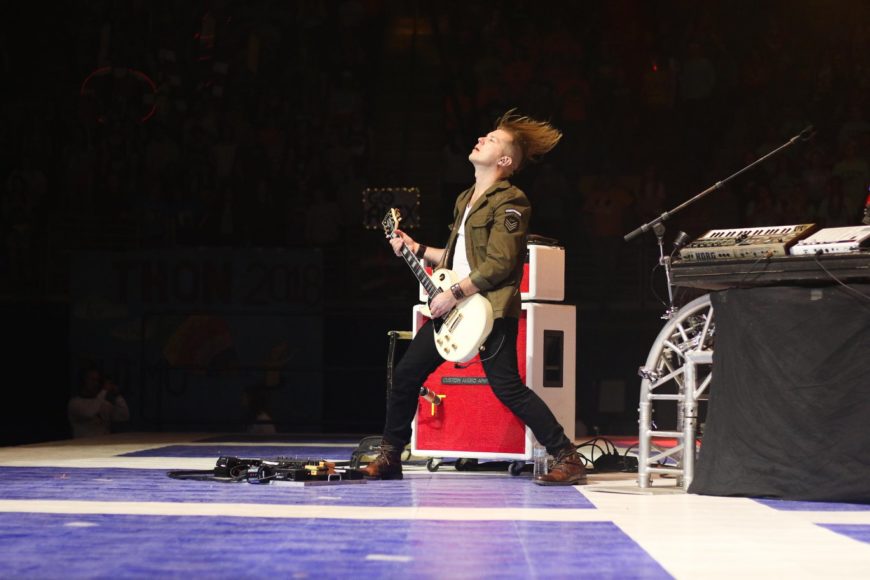 After an EDM remix, they brought out the guitars to deliver a rendition of “Smells Like Teen Spirit” by Nirvana. Following the grunge throwback, the BJC was treated to “Safe and Sound” by Capital Cities and “September” by Earth, Wind & Fire. A rap air horn blared through the BJC and the band performed a recent pop favorite: “Finesse” by Bruno Mars feat. Cardi B.

Suddenly, the opening chords of a middle school favorite, “Crank That (Soulja Boy)” rang through the BJC followed by “Say My Name” by Destiny’s Child and “All The Small Things” by blink-182. Go Go Gadjet kept going with the dance music with some more EDM music and “Feel This Moment” by Pitbull feat. Christina Aguilera. 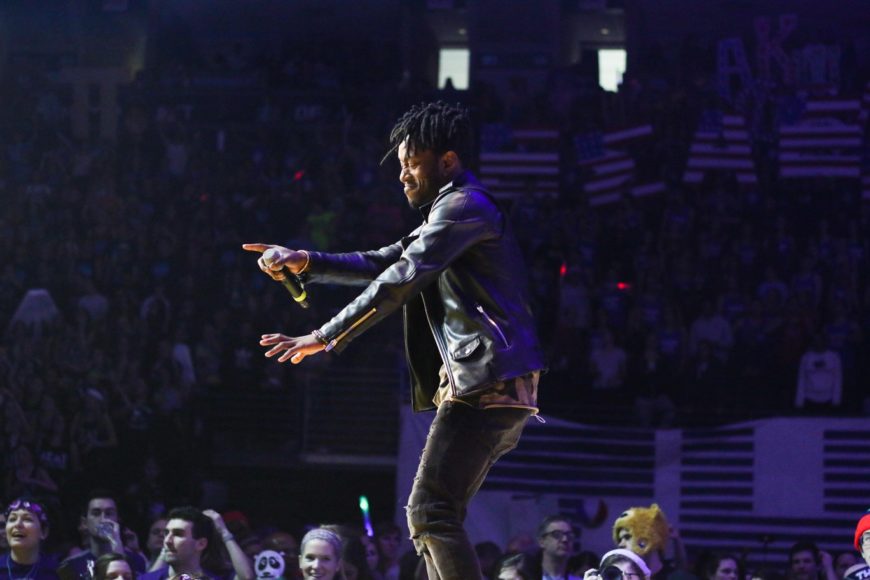 Next, Go Go Gadjet decided to “switch it up” with a clean version of Cardi B’s “Bodak Yellow,” which the crowd seemed to enjoy. Following an EDM transition, the band performed a rendition of “Locked Out Of Heaven” by Bruno Mars.

After complimenting the dancers on the amazing work they’ve been doing for 46 hours, Go Go Gadjet informed the BJC that even other schools consider Penn State’s Dance Marathon to be “the big one.” After a tremendous roar from the crowd at the sound of the opening trumpet from “The Final Countdown,” the BJC was bumping to “We Found Love” by Rihanna feat. Calvin Harris. 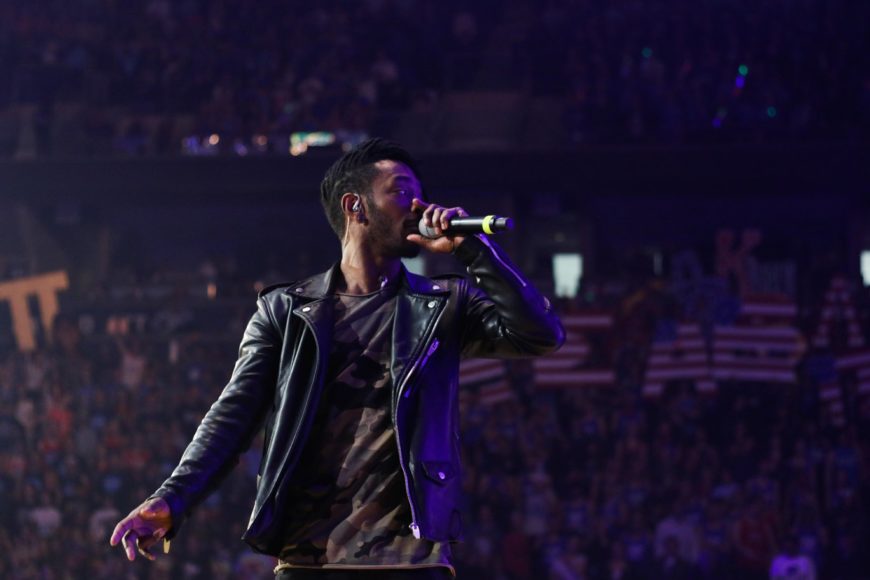 The huge rave taking place at the BJC continued on with “Are You Ready For This” by Jock Jams, followed by “Don’t Stop Believing” by Journey. THON participants got soulful with “Ain’t No Mountain High Enough” by Marvin Gaye & Tammi Terrell. After calling out for the #DabCount, Go Go Gadjet performed “Hit The Road Jack!” by Ray Charles.

Go Go Gadjet closed out the performance by leading the Zombie Nation “We Are Penn State” chant which left the crowd exhilarated, even after 46 hours of standing. 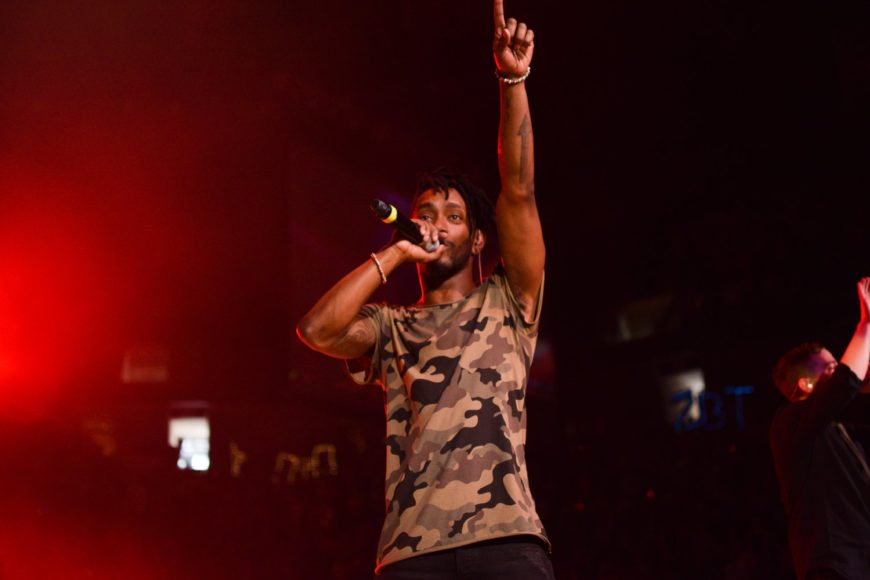 Share via
Go Go Gadjet Electrifies The BJC During THON\'s Final Hour
https://onwardstate.com/2018/02/18/go-go-gadget-electrifies-bjc-thons-final-hour/
Follow @onwardstate
Send this to a friend