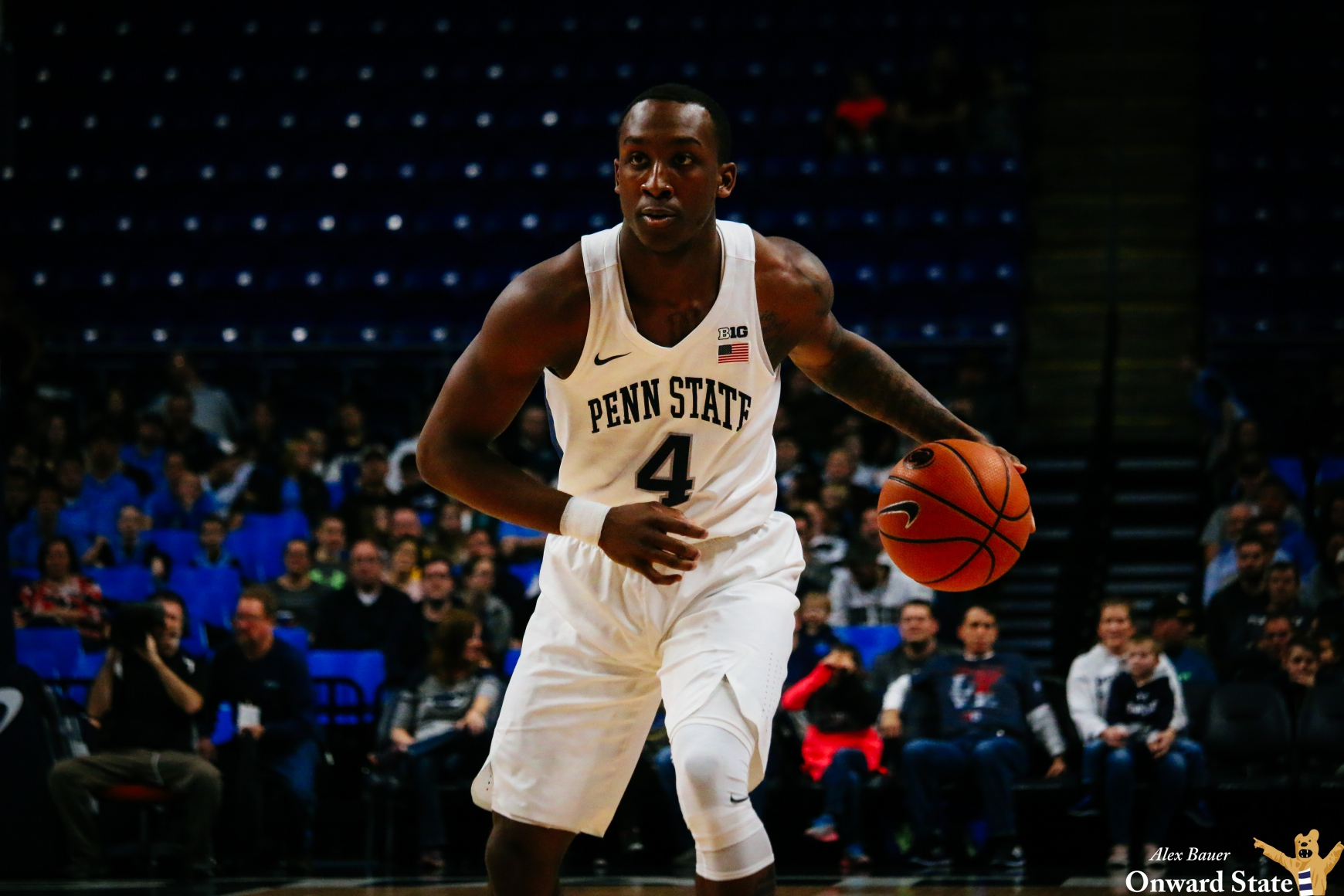 Update, 5:08 p.m. — Penn State Athletics released in a statement that it is aware of the situation and that Bostick has been suspended for Saturday’s NIT game against Notre Dame due to a violation of team rules.

University police officers responded to Nittany Apartments around 11:30 p.m. Thursday, where they said an odor of burnt marijuana could be detected and a freshly lit marijuana cigarette was sitting on a back window sill, according to the criminal complaint.

Bostick let the responding officers into his apartment and in response to the presence of marijuana, which tested positive for THC, he said a guest had left the substance on his bed, which he later moved to the window sill.

University police released the summons, ordered for the issuing of fingerprints, and filed the criminal complaint on Friday.

It’s unknown at this time whether Bostick is making the trip to South Bend or if he’ll be permitted to play Saturday. Penn State men’s basketball did not immediately respond to a request for comment.

Penn State is currently in the midst of an NIT run — taking on Notre Dame Saturday at noon in South Bend. Bostick is averaging 4.9 points per game and 17.4 minutes of action in each outing this season. He played 18 minutes and scored 12 points in the Nittany Lions’ opening NIT win over Temple on Wednesday.

Share via
Penn State Hoops\' Nazeer Bostick Charged With Possession Of Marijuana
https://onwardstate.com/2018/03/16/penn-state-hoops-nazeer-bostick-charged-possession-marijuana/
Follow @onwardstate
Send this to a friend