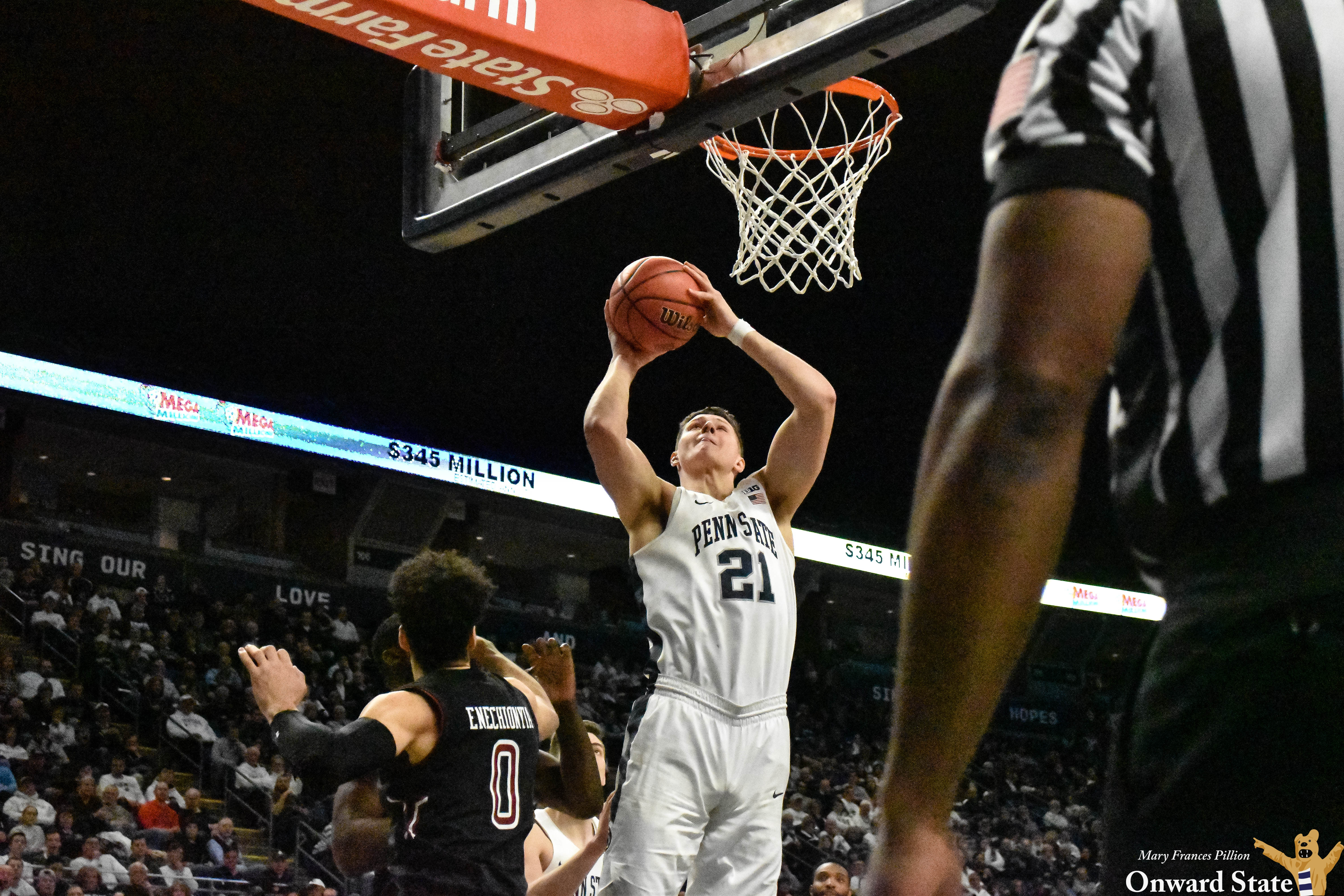 Penn State men’s basketball and West Virginia will play an exhibition game on Saturday, November 3 at the WVU Coliseum in Morgantown, WV.

Proceeds from the event will go to American Red Cross hurricane relief efforts.

“Through this exhibition game with West Virginia, our team has an opportunity to help and support those who have felt the devastating effects of Hurricane Florence and its aftermath,” Penn State head coach Pat Chambers said in the release.

This is the second-straight year that Penn State hoops will play an exhibition game for hurricane relief efforts after their preseason meeting with Lafayette last year.

With a new game on the slate, the Nittany Lions preseason home opener against Nyack that was scheduled for the same Saturday is canceled.

Tipoff time, ticket details, and other additional information will be released in the weeks leading up to the game against the Mountaineers.

It’s Penn State’s first meeting with West Virginia since 1991. Prior to the end of the series, the two teams had played every year since 1936