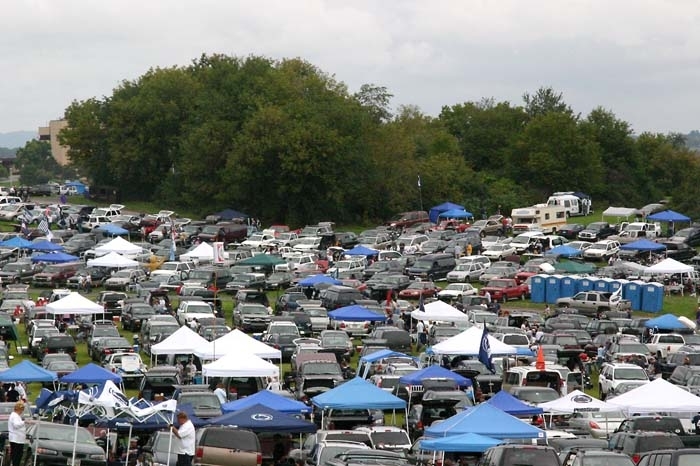 The grass lots surrounding Beaver Stadium — including the IM fields and Overnight RV lot — will be closed again for Penn State football’s final game of the 2018 season against Maryland.

No additional single-game parking permits will be sold for the game, which is set to kick off at 3:30 p.m. Because of these changes, six free shuttles will run from the parking lots off campus to the stadium for the second consecutive home game. These shuttles will begin service at 11 a.m. Saturday and run until approximately an hour after the game ends.

Fans with pre-paid yellow parking permits will be allowed to park at Nittany Mall, the Penn State Golf Courses, Tech Support, and Mount Nittany Elementary & Middle Schools. Yellow permits will also be accepted at the Red Lot A until it’s full, or until 10 a.m.

If you have a permit for one of the lot’s that’s closed Saturday, here’s a list of your alternative options:

You can find more information on this weekend’s parking situation here.

Share via
Grass Lots To Be Closed For Penn State\'s Final Home Game Of 2018 Season
https://onwardstate.com/2018/11/20/grass-lots-to-be-closed-for-penn-states-final-home-game-of-2018-season/
Follow @onwardstate
Send this to a friend