Carl Nassib To Support THON Through ‘My Cause, My Cleats’ Initiative 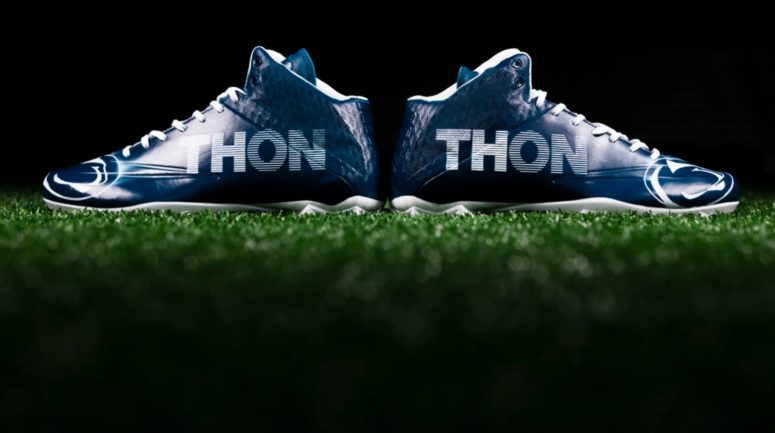 Nassib’s blue and white cleats may not be the black shoes he rocked during his collegiate career, but they prominently display THON’s logo on the side and Penn State’s chipmunk logo on the toes.

Nassib isn’t the first Penn Stater in the NFL to support THON through the NFL’s initiative. Pittsburgh Steelers’ tight end Jesse James wore a golden pair of cleats in each of the past two seasons, but the former walk-on defensive lineman went with Penn State’s traditional colors instead.

In addition to Nassib, Giants star Saquon Barkley announced that he’ll raise awareness and support for 22q — a rare genetic disease which his niece, Amirah, was diagnosed with — on Good Morning America.

The NFL’s “My Cause, My Cleats” initiative allows players to support any charity or cause of their choosing during week 13 of the NFL season. The specially-designed cleats are then auctioned off, and all of the proceeds raised are donated to each player’s designated charity or cause. The NFL typically doesn’t allow players to wear specially-designed cleats, but it makes an exception for week 13 through the initiative.

Nassib will wear these cleats during the Buccaneers’ matchup against the Carolina Panthers on Sunday.

Share via
Carl Nassib To Support THON Through \'My Cause, My Cleats\' Initiative
https://onwardstate.com/2018/11/28/carl-nassib-to-support-thon-through-my-cleats-my-clause-initiative/
Follow @onwardstate
Send this to a friend