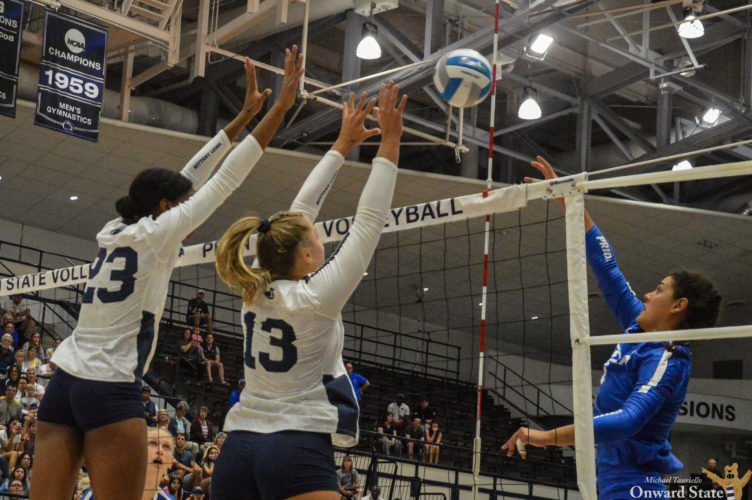 No. 8 Penn State women’s volleyball opened its 2019 season with a sweep over Hofstra Friday night at Rec Hall.

Freshman defensive specialist Macall Peed made her collegiate debut in the win over the Pride. The San Diego native received playing time in two sets. Head coach Russ Rose noted that getting her some experience was important due to the team’s lack of depth and current emphasis on defense.

Program standout Kaitlyn Hord picked up right where she left off after her breakthrough rookie season in 2018. The Lexington, Kentucky native tallied six kills, five blocks, and a dig in the match.

“I thought Jonni [Parker] was exceptional. Kaitlyn [Hord] did a nice job at the net,” Rose, who’s entering his 41st season with the Nittany Lions, said in his post-game press conference. “Gabby [Blossom] was real competitive and did a nice job in the role of the setter. That’s why they’re here.”

“I think it was a great way to open up the season,” Hord said. “I thought Hofstra played really well and they had a couple of veterans who came back from last year. I think [playing Hofstra] was definitely the challenge we were looking for.”

The sophomore sensation led the Nittany Lions with a team-high 14 kills on .667 hitting. Parker also recorded two aces, seven digs, and a block in the sweep over Hofstra.

The Nittany Lions (1-0) will return to Rec Hall bright and early Saturday, August 31 for a doubleheader against Holy Cross at 10 a.m. and Wichita State at 8 p.m. as part of the Penn State Classic. 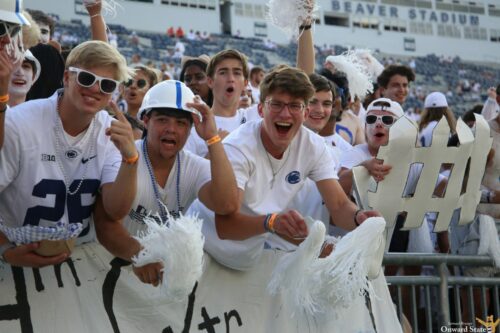 This year, Penn State will exclusively use mobile ticketing for students. So, it’s probably not a shocker that it’ll be far tougher to sit with your friends.