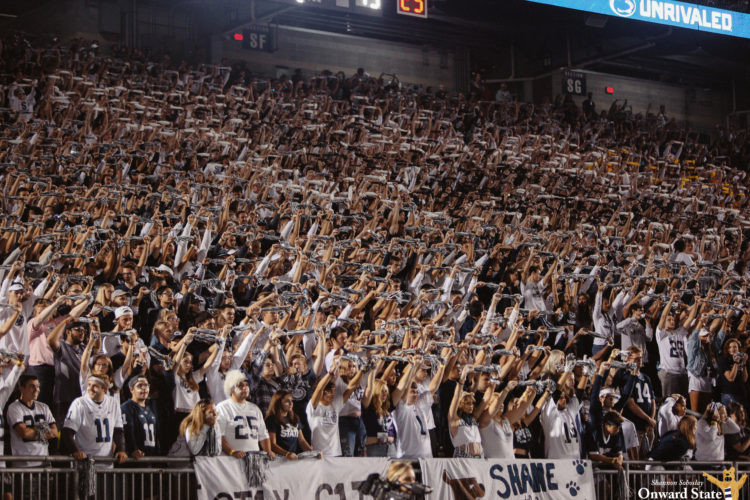 Update September 10: James Franklin and Penn State football’s specialists — including punter Blake Gillikin and Jordan Stout — visited Evan Finegan in the hospital before he was discharged.

Original Story: After Buffalo punter Evan Finegan suffered a gruesome leg injury during Penn State football’s 45-13 victory over the Bulls this weekend, many Penn Staters expressed their well-wishes and support.

Finegan said on Twitter he underwent surgery for a broken tibia and fibula on Sunday. He suffered the injury in the third quarter when Journey Brown dove to try and block his punt.

Every player on Penn State and Buffalo’s benches took a knee while doctors tended to Finegan immediately after his injury. Head coach James Franklin began his postgame press conference with a supportive message for him

Some of Penn State football’s specialists — including punter Blake Gillikin and kickoff man Jordan Stout — reached out to Finegan after the game on Twitter. Penn State assistant AD for strategic communications Kris Petersen also offered her well-wishes for the punter.

On top of that, Finegan received an outpouring of support from fans across the country — including Penn Staters.

Onward State would also like to send its best wishes to Finegan as he begins his recovery.